I’ve been busy working away on Baywatch over the last week and a half, making some really good progress along the way with it’s overhaul. Enough progress that I’ve split the content up into three updates so you’re not bombarded with it all at once. I just haven’t had time to do all the write ups yet. But that’s OK. The priority is getting the machine done. This update will focus on the sling shots, lower flippers and cleaning of the lower playfield area. The game is in real need of a clean – which is why it’s with me. The dirty playfield stands out and you can actually spot a small circular area at the base of the right sling shot mylar patch where I have wiped away the dirt (I was interested to see how easy it came up). A nice yellow can be seen – so I think this is going to clean up great! 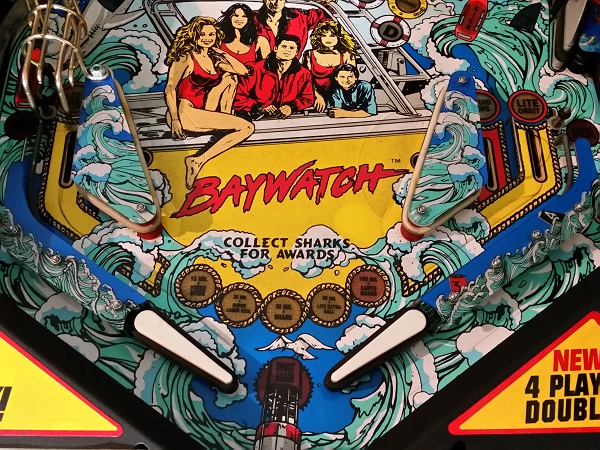 Quite a lot of dirt had formed on the playfield and the return lanes showed a thick line, indicating how often the ball had carried dirt along there in the past. 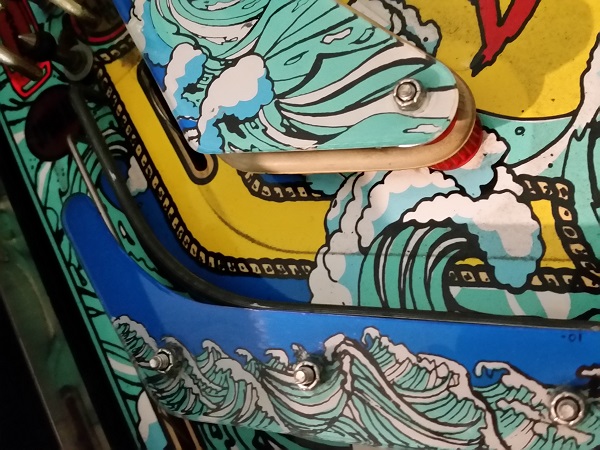 The right side was very much the same. There was a faint black dirt line on the out lane on each side, but not as bad as the return lanes. The two sling shot plastics are not broken, which is excellent. There are a few very small artwork scratches on the under side, but nothing worth taking a second glance up. They will clean up nicely. 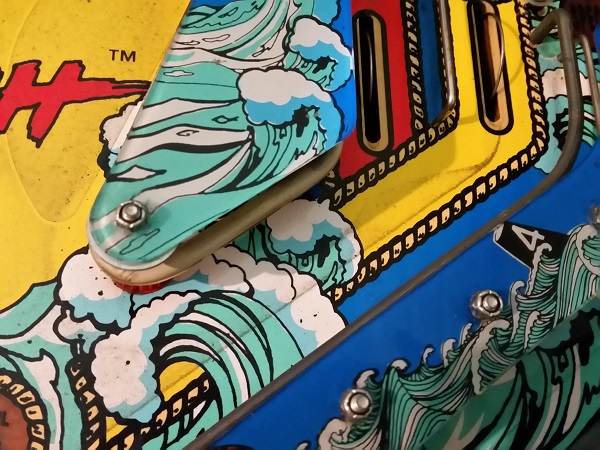 First step is to get the plastics off. The typical layer of filth is found beneath – it’s not too bad though. I’ll be replacing these old metal washers with nice clear ones. A couple of the bulbs are close to death too and will be replaced. The return lane plastics were also removed and set aside for cleaning. The bulbs here are not too bad and will be given a wipe down. The black plastic posts on the return lanes will be replaced with transparent blue, which I think will give off a better appearance and colour with a freshly cleaned playfield. 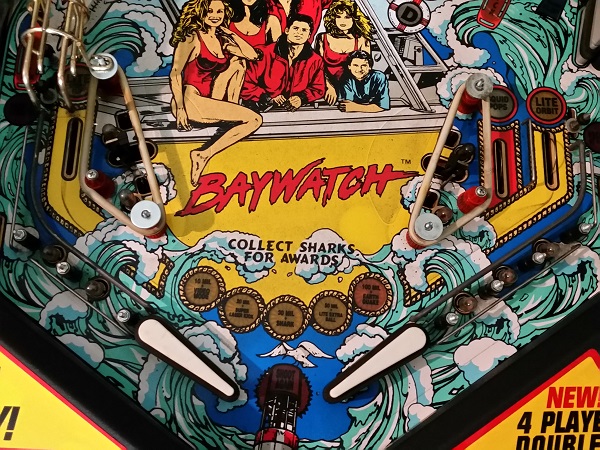 With the lower playfield area stripped, I got to work cleaning and then polishing. Nifti did a great job and I also used some eucalyptus oil on the more stubborn areas. The sling shot mylar was vary carefully lifted and the left over goo removed. I decided to remove these because after cleaning, they were showing some signs of wear and it was noticeable against the clean playfield surrounding them. New patches will be installed in front of the sling shots before I’m done. The left return lane now looks nice and clean. Also to note, there was a small mylar patch below where the ball drops from the rail. This was carefully removed and replaced with a new mylar patch as it too was looking out of place against the cleaned playfield. The new one blends in well. 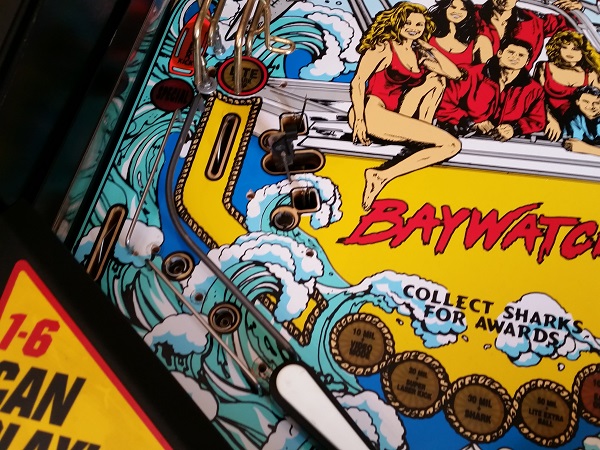 The right return lane also cleaned up nicely. No more dirt trail. The surrounding playfield area cleaned up well also, with only a few marks from the black plastic posts remaining. 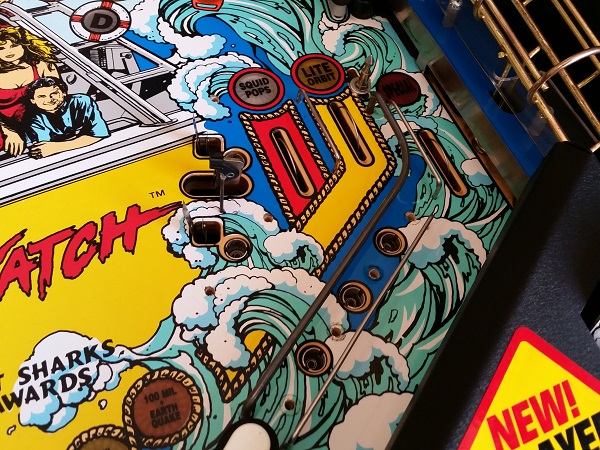 The playfield from the drain hole all the way up to the drop target bank was cleaned and polished also. When you look back at the first picture, you can see the difference a good clean makes. When you get down low and look at the playfield, there is a nice reflection that can be seen. Can’t wait to get the rest of the playfield cleaned like this! 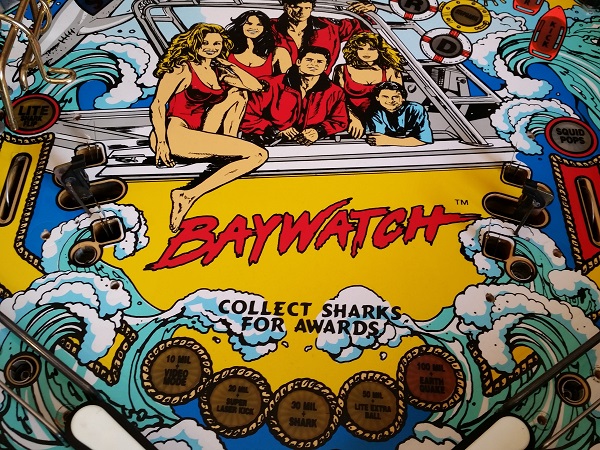 Before I start putting star posts and plastics back on, I wanted to look at the sling shots. 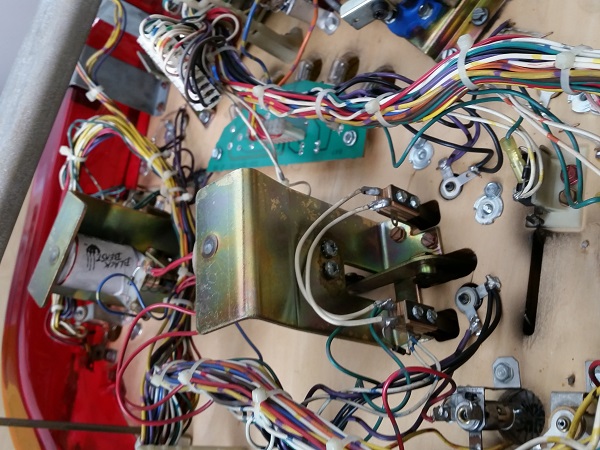 The sling shot assemblies were removed from the machine for cleaning. There were no nasty surprises here. The coil sleeves are always filthy, as are the plunger and link. Nothing a good clean won’t solve.

Both sling shot assemblies were disassembled and each component cleaned. Nothing warranted replacing, apart from the rubbers and coil sleeves. 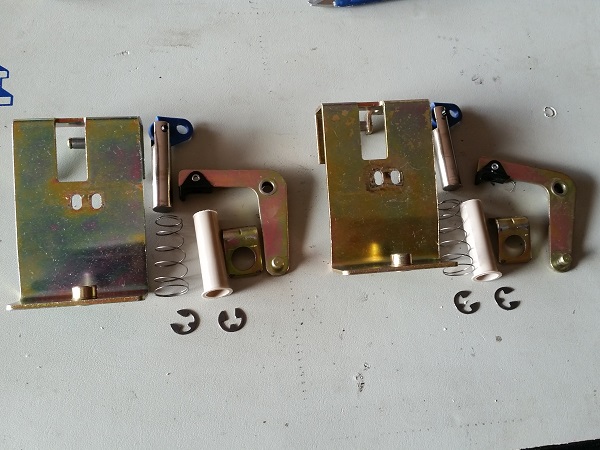 The sling shot assemblies were rebuilt and installed back onto the playfield. With the sling shots completed, I wanted to get the lower flippers rebuilt next. It’s interesting to note that the right flipper coil is stronger than the left – no doubt to make that ball lock shot. 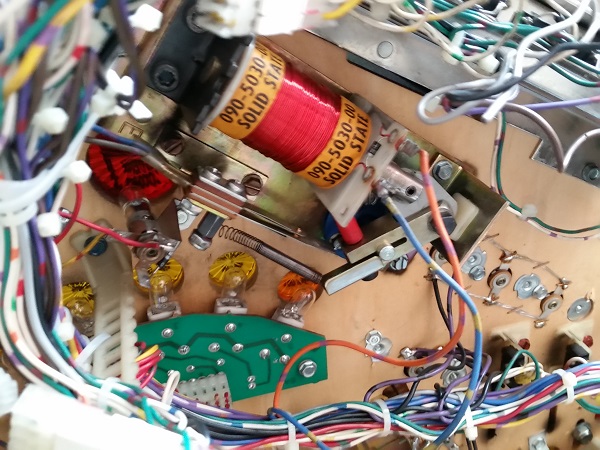 The flipper assemblies were removed from the machine for cleaning. 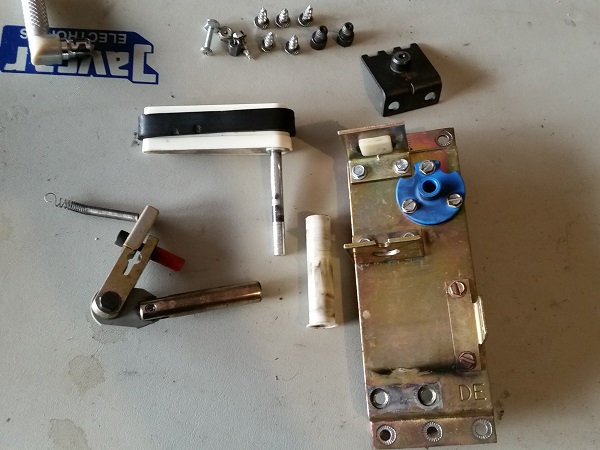 One thing of note is the wear on the return spring bracket. I saw this same issue recently with the flippers on my Last Action Hero (hopefully I’ll get around to updating that thread with a few things soon). With the spring rubbing on the bracket over and over, it’s begun to eat away at the metal to the point where it has almost worn through. On my Last Action Hero, it ended up making it all the way through, so the return spring would just slide out from the hole. I will need to order new ones. Better to replace them now than a few months down the track. 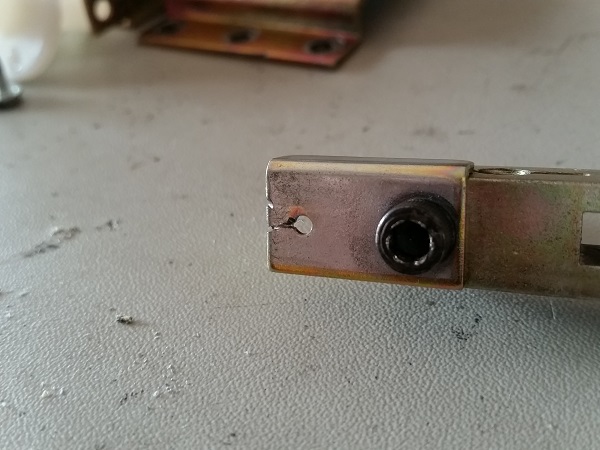 The flipper assembly was taken apart and cleaned. A new coil sleeve, nylon stop, return spring, plunger, yoke and bushing will be installed. 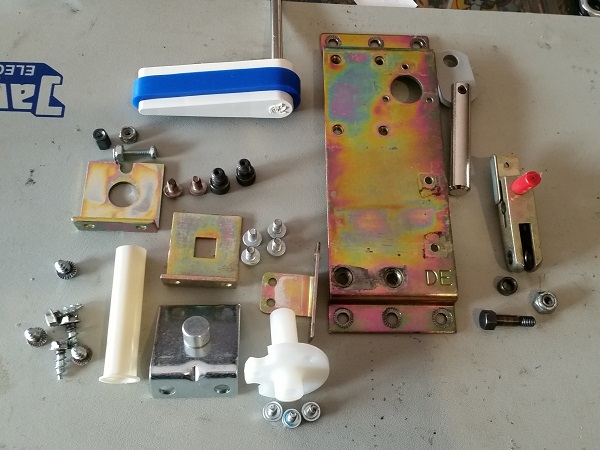 The game shipped with flipper bats that have a Sonic the Hedgehog head on them – much like the Williams logo on their bats. The game arrived to me with the flat boring flipper bats and I was able to track down a set, so these will be installed. It’s how the machine shipped and looks much cooler 🙂 New blue rubber will be used on the flippers too, which will go nicely with the blue in the lower playfield area. 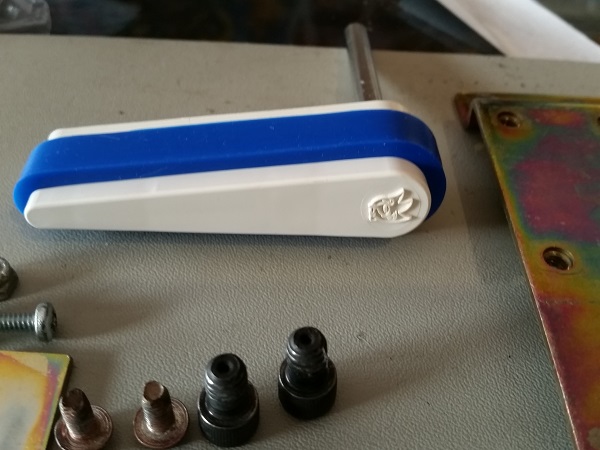 The second flipper assembly was given the same treatment and in much the same condition. I won’t bother reposting almost identical images. The same wear was present on the return spring bracket, so that too will be replaced. With both flipper assemblies rebuilt and installed back into the machine, I then installed new star posts and blue posts on the return lanes. The globes were cleaned up and the crappy ones replaced. The owner wanted to again stick with black rubber around the playfield, which was installed. New sling shot mylar patches were installed to keep those areas protected. It’s looking pretty nice now! 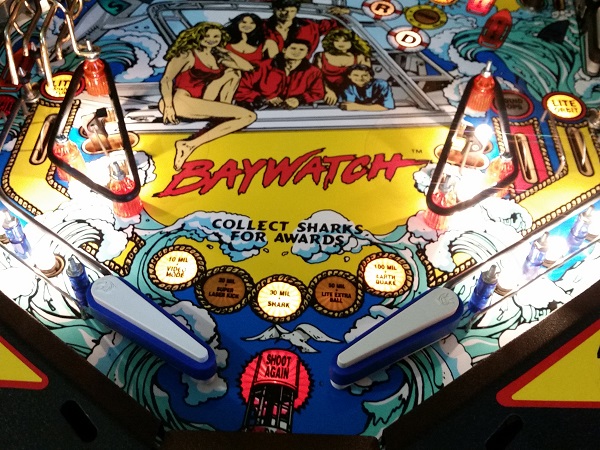 Lastly, the plastics were cleaned and polished. Clear washers were installed below the sling shot plastics to give them protection – they look nicer than the metal ones. The lower playfield area was now complete. Quite a lot of dirt was removed from the playfield surface and the fresh rubber, lamps and translucent posts help give the area a much cleaner, brighter feel.

That’s all for this update. As mentioned at the start, I’ve got enough progress and photos for another 2 updates. I just need to find time to get the write ups done. So far the machine is coming along nicely. The next update will go over the apron area and all the assemblies within. After that, I’ll work my way up the playfield for the drop targets, vertical up kickers and upper flippers. That will then cover of all the assemblies I can get to below the playfield. I’ll then move on to stripping the top two thirds of the playfield for cleaning and servicing the remaining assemblies that live top side of the playfield.