Nugent – Working on the back glass

One of the first things I wanted to when I got the machine was have a look at the game board and power wiring. Most of this lives behind the backglass. There is a lock on the top right of the machine. Sadly this lock came with no key, and I could not locate one inside the machine. Looking at the lock, it appeared that the previous owner had also misplaced the keys as the lock itself looked like it had been attacked with a screwdriver. Using a screwdriver myself, I undid the lock.

With the lock undone, I could then slide the actual backglass up and out to reveal the bulbs, score displays and door containing the components. 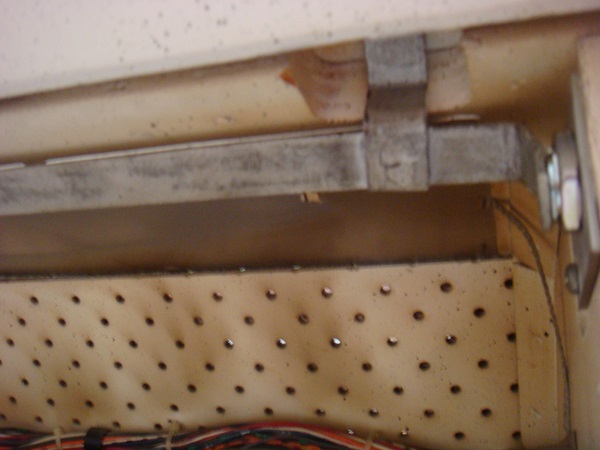 The back glass itself has a metal “handle” that runs along the base which is used to lift the glass itself. 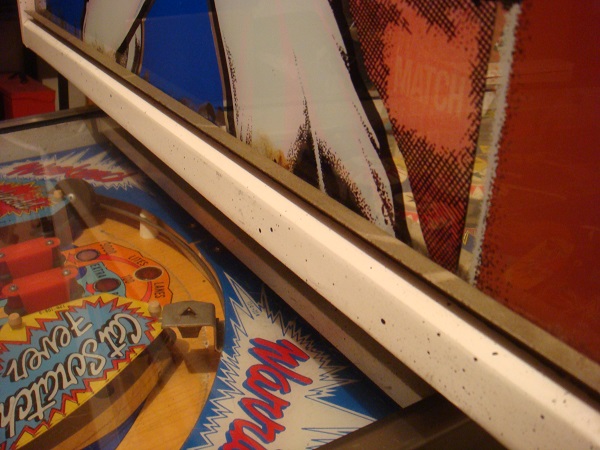 I switched the power on to note which bulbs no longer worked. I ordered a box of 100 #47 bulbs, which are less energy hungry that the standard #44’s that are in these machines. I replaced all the bulbs – even the working ones – with new #47 bulbs. I also ordered 10 blinking bulbs to use across the top row of bulbs – this will create a binking effect across “NUGENT” “by Stern” and the blast coming from the shot gun in the backglass artwork – just to add some extra flare to the backglass 🙂 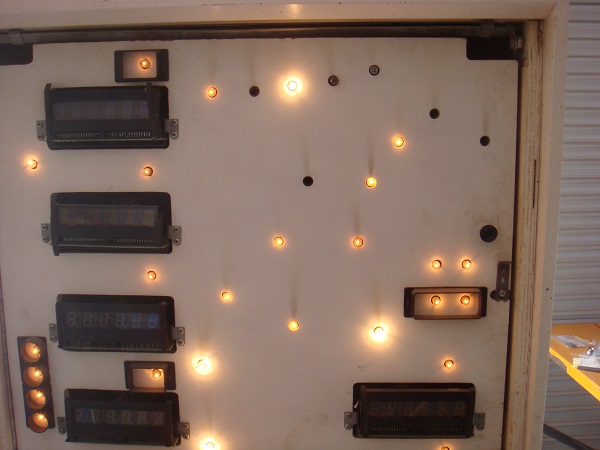 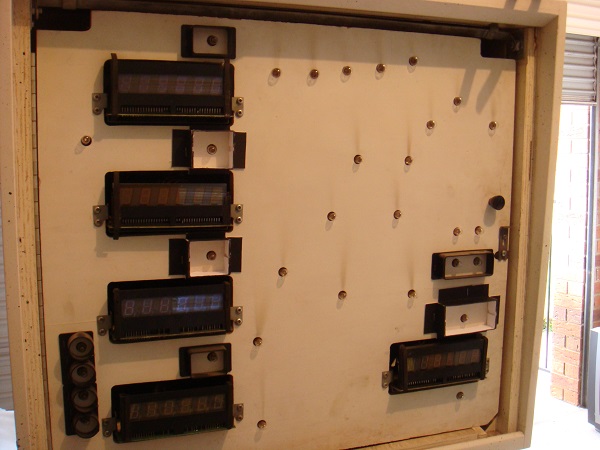 I had also ordered a new lock to replace the current one. As you might be able to see in the photo, the key hole was bent from screw driver attacks and since I didn’t have a key, I’d rather spend $4 and have a new lock with two keys. 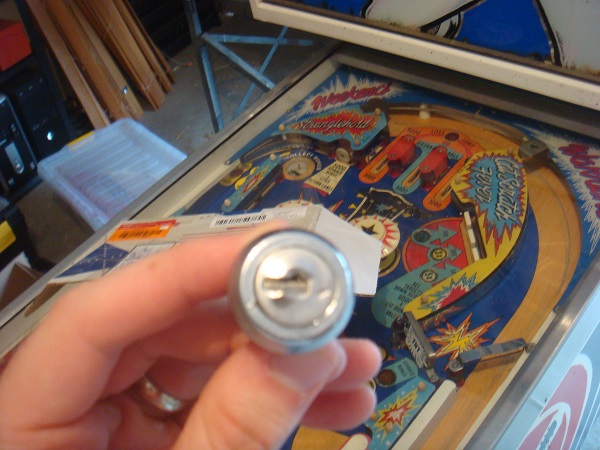 I did some searching online for replacement plastic bezels for the lights – even second hand ones or NOS (new old stock), but couldn’t find anything. I had some thick black cardboard left over from the bezel I made for my pole position machine and decided to craft up some small bezels myself. 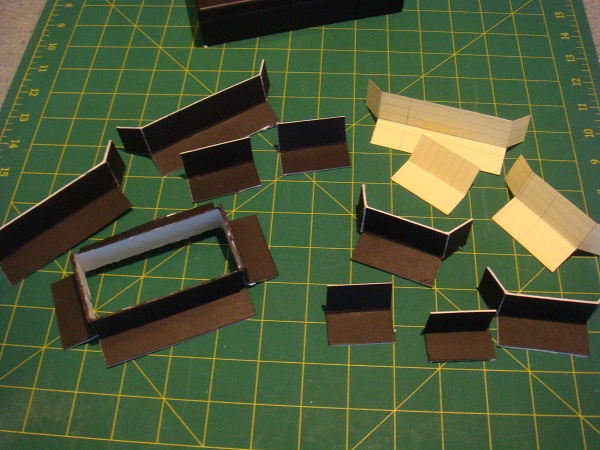 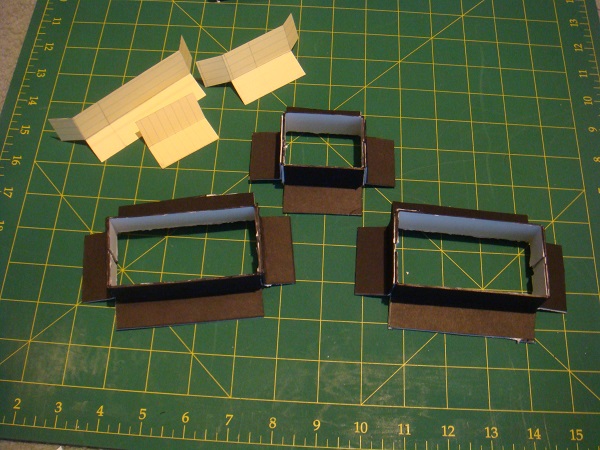 With the bezels made up, they were stapled into position (see the photo above of the lights completed as that also contains the bezels in place). My first bit of work on the machine was complete. All the bulbs on the backglass replaced (including the adding of blinking lights in key positions), a new lock that I have keys for, and bezels to improve the light in certain spots (like the active player number, ball in play and high score lights).

Next up I hope to take the glass off the top and replace some rubbers and even add a “bling” ball.