I performed some minor changes to the playfield today. The original Nugent machines came with solid red lane guides at the top of the playfield. They look OK, but are a little dull. When looking around at various pinball spare parts shops I spied a few transparent red guides that would look awesome, so I purchased them. Replacing them is as simple as removing two screws.

This is how the original red guards look:

I replaced them with new transparent red line guides which look much nicer – especially in the dark with the lights shining through. 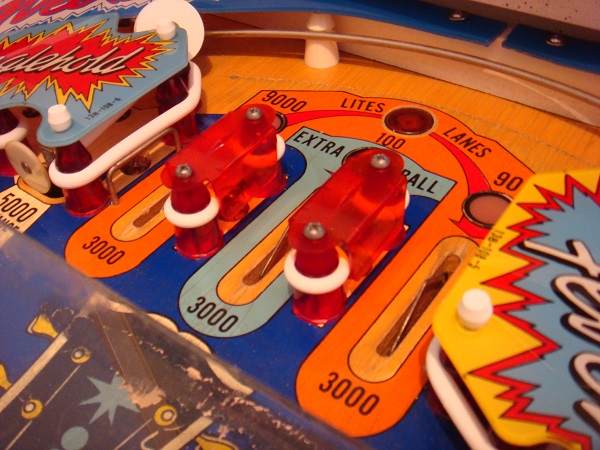 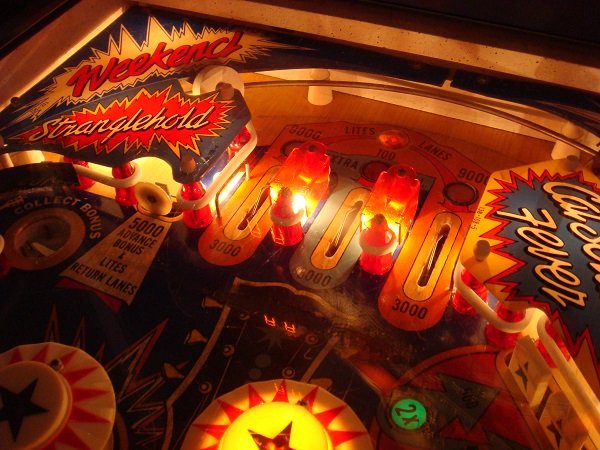 Next up, I wanted to adjust how lenient the return ally’s are on each side. I constantly find the ball going down the right hand side, ending play – to the point where the game feels like it’s cheating me. It happens a lot. The Nugent playfield allows for the lower star post to sit in 1 of 4 positions. I moved the land rail down to level 4, which will help keep it in play for longer. I haven’t had as many issues with the left side, so decided to leave it as is for now.

Left lane post position (still room to move it down if desired to make the game easier): 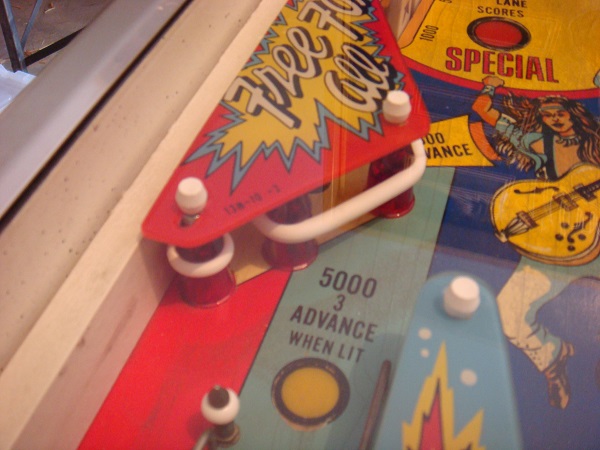 Right lane post position (down as far as possible): 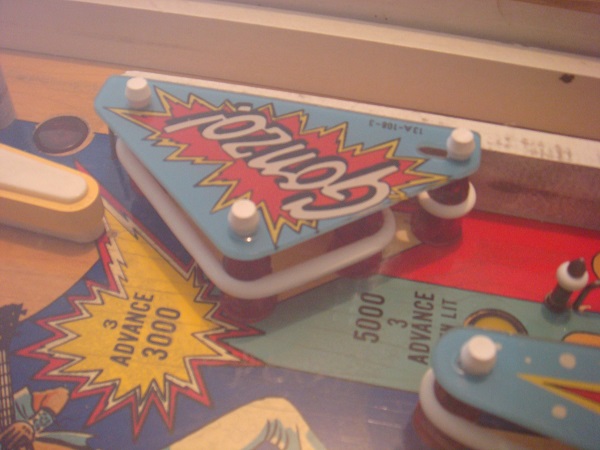 One final task for today was to replace the 3 bulbs in the pop bumpers. One had died completely and the other two would flicker a bit during play. As with most of the other bulbs, they were #44’s, so I replaced all with brand new #47’s. I had originally thought you replaced them under the playfield, but it’s actually as simple as removing the two screws on top. 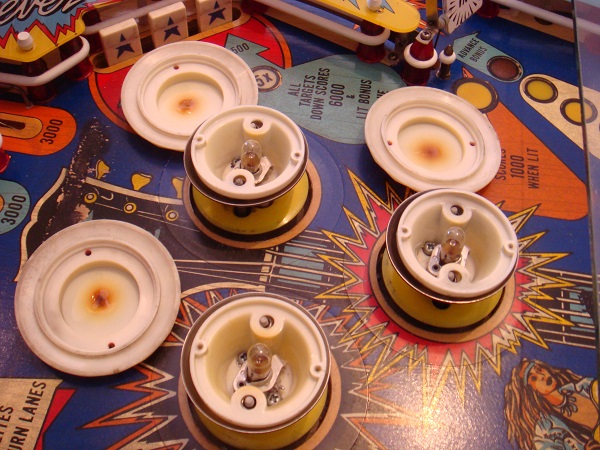 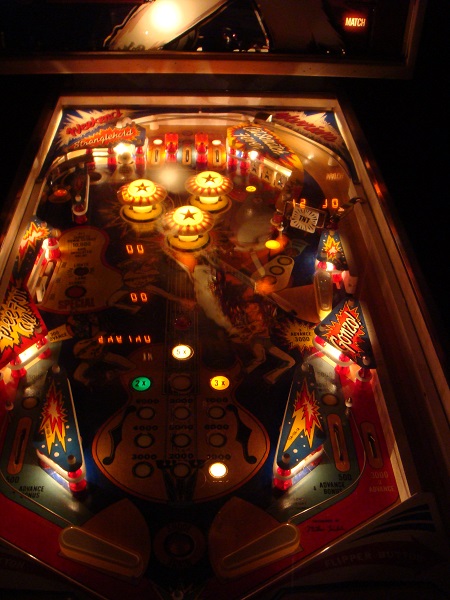 I have two orders of parts arriving in about 2-3 weeks time. This will allow me to finish working on the coin door and replace some of the work parts on the playfield (like the pop bumper caps and drop targets). I also have some new parts for the shooter. For now though, I’m enjoying all the touch ups I’ve done – the game is really enjoyable.