After playing my Nugent a lot over the last two weeks, I decided it was time to make some improvements to the gameplay – this means giving some attention to the playfield. For now, I’m keeping it simple but in the long run I plan to use some Novus 2 and wax along with leveling the inserts to really improvement playfield.

First step was to get access to the playfield. To do this, I need to remove the lockdown bar which side across the end of the pinball table. Just inside the coin door – at the top right – is a handle. Pulling this to the left unlocks the lockdown bar. 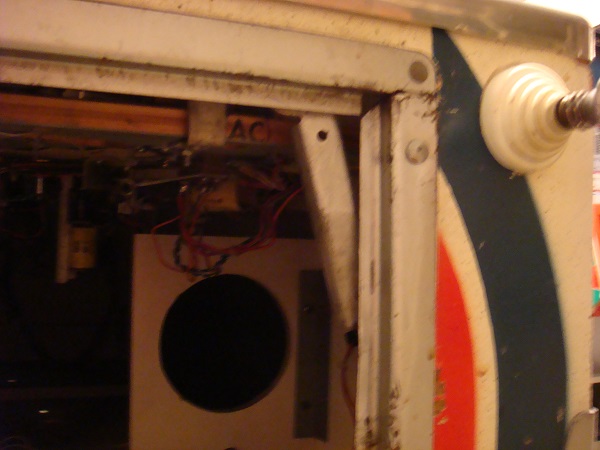 With the lock released, I can them remove the lockdown bar across the glass: 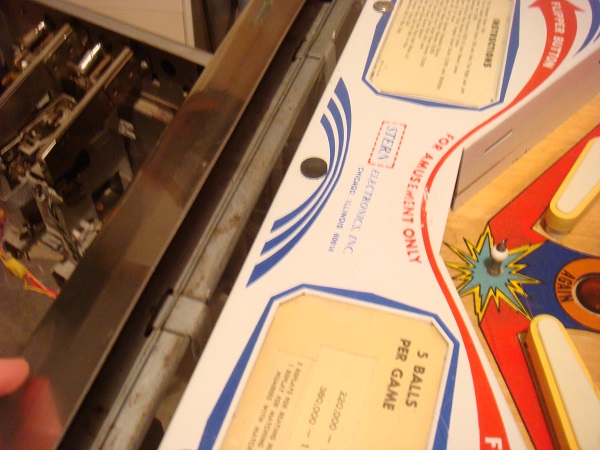 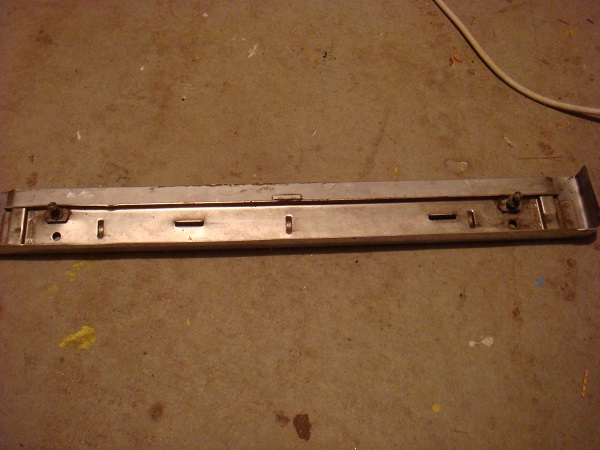 The glass then slides out. I put that aside in a safe place and will give it a wipe down on both sides before putting it back on the machine. The glass is old and shows a number of scratches, but I won’t bother replacing it for now. It’s still fine for play. 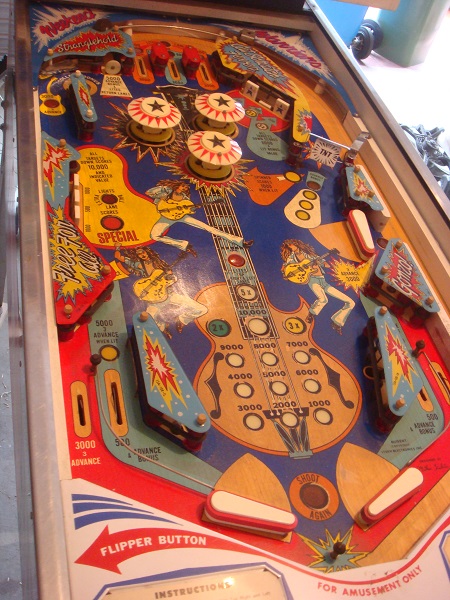 The playfield itself was dirty and had collected some leaves, dust, dirt, plastic shards among other things: 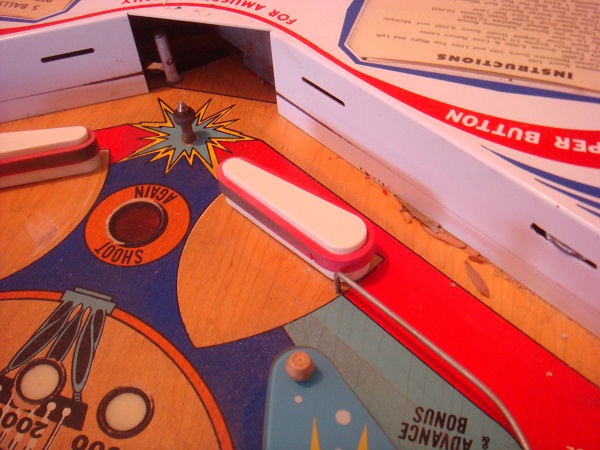 Before wiping it all down however, I wanted to replace all the rubbers. The machine came with black rubbers installed and they looked well worn. Black rubbers tend to get the playfield dirty and I found just touching them to remove put black marks all over my hands. The red rubbers on the flippers were also well used and quite dirty – these were removed:

The star post caps were also well past their used by date. These don’t have and effect on the gameplay, but these look faded and old. As you can see in the photo below, the new white ones look so much better. 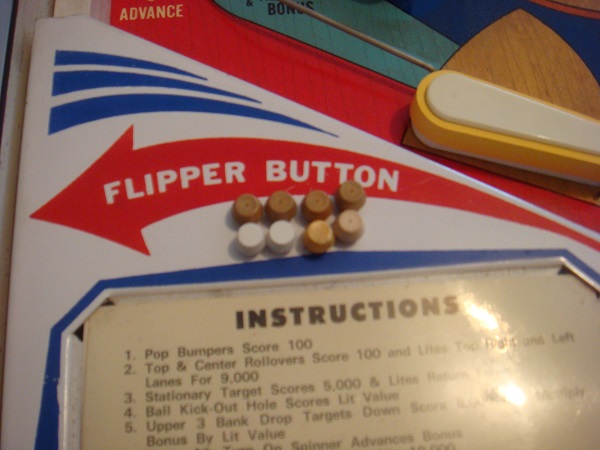 Next up it was time to remove all the plastics and old black rubber. I took the opportunity to replace all the old bulbs with new #47’s.

I decided to replace all the bulbs under the playfield too since most were power hungry #44’s. Some were also broken too, so these were replaced also. I love looking at the wiring on these things 🙂 In the future, I will also be replacing the drop targets, so will need to get back under here to remove the old ones and add the new ones, so this was good opportunity to get familiar with the internals.

I then added all new white rubbers along with yellow flipper rubbers. Yellow was the original colour the Nugents shipped with and it looks alright. I’m thinking I may get a set of blue flipper rubbers at some point as I think blue will look great. All the plastics were reinstalled and start post caps added. I wipes the plastics down also which gave them a clean look – amazing how much dust gets into these things. 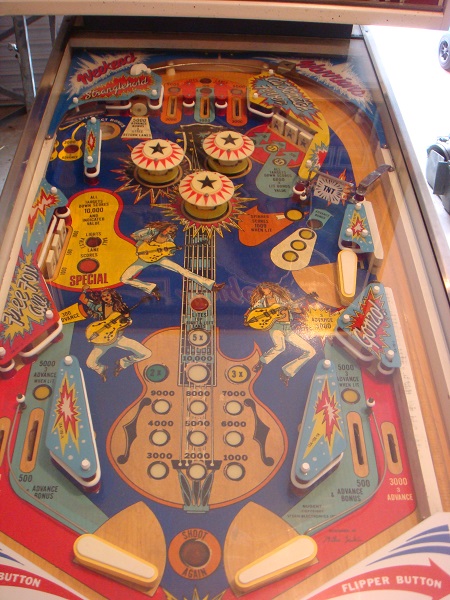 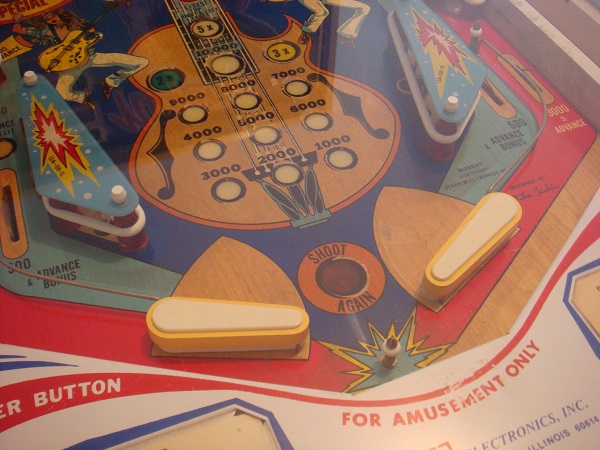 That left me with a nice pile of old rubber to throw out. I also replaced the rebound rubber at the top with a new white disc – looks much better than the old hard black disk. 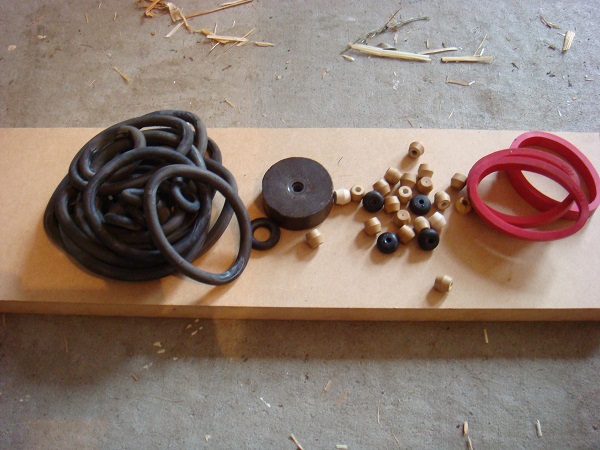 The shooter rubber was replaced too with a new tip: 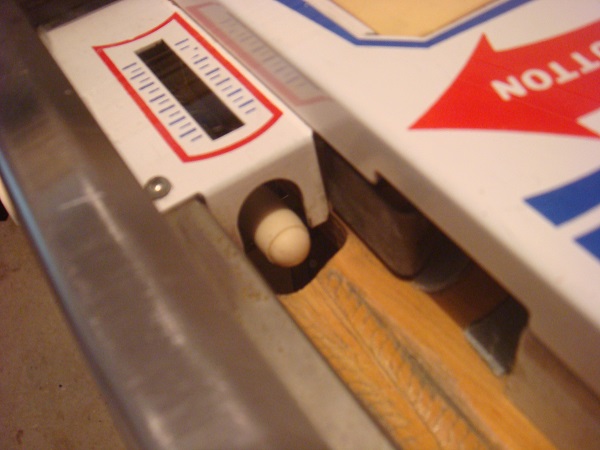 Lastly, I replaced the old ball with a new “bling” ball.

With that done, I gave the playfield a wipe down with a lint free cloth and used a vacuum to suck up any loose dust and dirt. The glass was cleaned on both sides and reinstalled, along with the lockdown bar. I played a number of games afterwards and was amazed at the improvement the new rubber made. It’s felt MUCH better. I want to do more, but will leave that for another time.