One of the small things on my to do list was to repaint the rear speak grills. They were looking worn and faded and with some small attention could be made to look as good as new again. Since I had the rear of the machine on it’s side (working on the shifter), I figured I could do this at the same time.

I removed the bracket holding the rear acrylic in placed, and then the two screws holding the back panel to the machine. There were cobwebs and dust everywhere, so a quick once over with the vacuum tidied it up nicely. 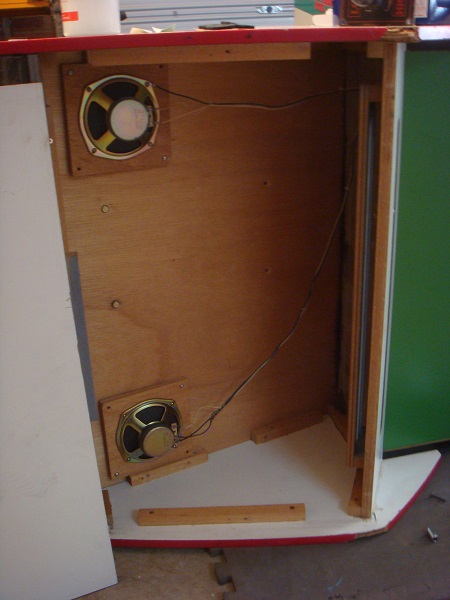 With the back off, it was only a matter of removing two screws for each of the speakers. The wires are soldered to the speakers, which I was tempted to switch to quick connects, but figured since I’d leave it since they are working fine. When it comes time to replace the speakers (if ever) in the future, I’ll add some quick connects then.

There was also some dust build up on the speakers, which i gently cleaned off.

I could now remove the grills. After a light sand, they were ready for painting.

After two coats of paint, the grills were looking as good as new. I was tempted to do a third (like I did with the brackets), but I don’t thing the required it. 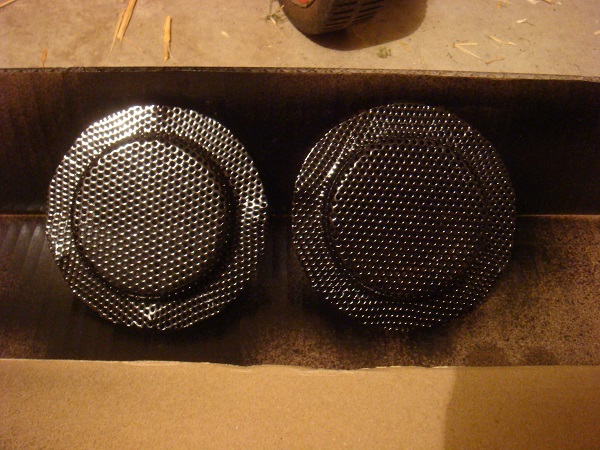 The black paint around the grill holes had also faded, so I gave that a light paint to tidy it up. I doubt anyone would have/will notice, but it’s worth spending some time on the small things because it’s surprising how they compliment other work done.

Then it was simply a matter of screwing it all back into place, leaving me with nice (and very new looking) grills. 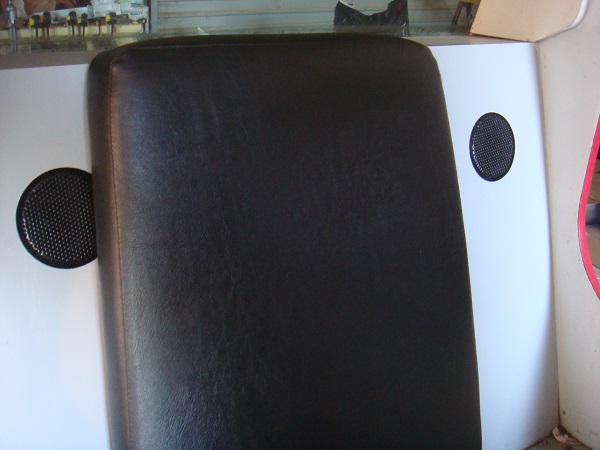 That completes the last of the parts I wanted to respray black. With the brackets and screws already redone and now the grills, the visual presentation of the machine is already starting to lift. I’m really looking forward to the final thing with new t-moulding, new paint and new artwork. It’s going to come up looking great 🙂

I’ve found it interesting looking at the different cockpit models for pole position. Some have the round speakers (like mine) while others have long rectangular ones. Others have completely different grills – some attached from the outside too.