A minor update on the PacMan cab

A minor update – although quite a few things done.

First up was finishing the yellow paint. I ended up going 5 coats in the end, with enough paint left over in the tin to touch up plenty of spots should anything go wrong in the near future. Once the yellow was done, I pulled out the left over black high gloss from my Galaga cab and found there was enough to get several coats onto the display area. I ended up going 3 coats here – it seemed to be fine. 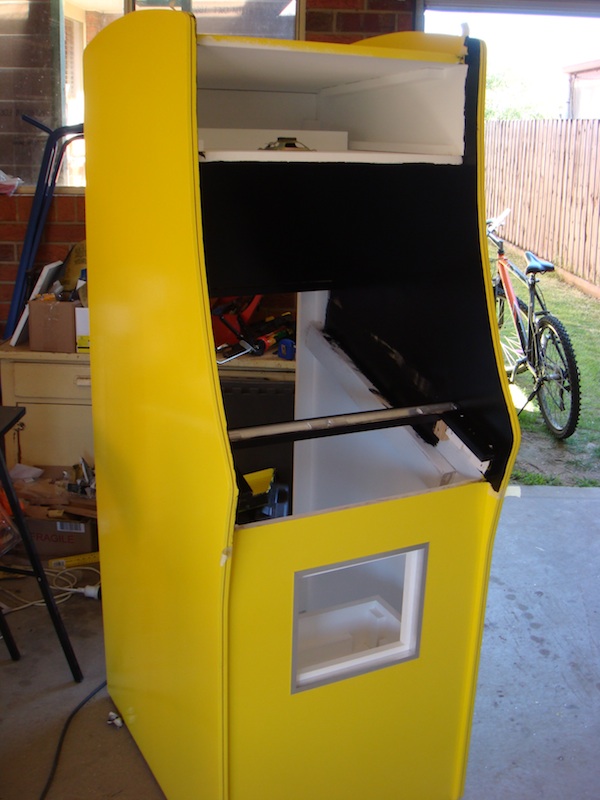 I also added the cross bar for the screen acrylic and control panel to rest on. Not shown in the photo, is the display frame has been added, along with the right side screen rail to complete it. Something shown is the start of the coin door trim – it’s only sitting in place for the moment and won’t be attached until the kick plate artwork goes on. The speaker and grill have also been installed.

The door at the rear of the cab has also been completed with vented handles and passive vent covers added. 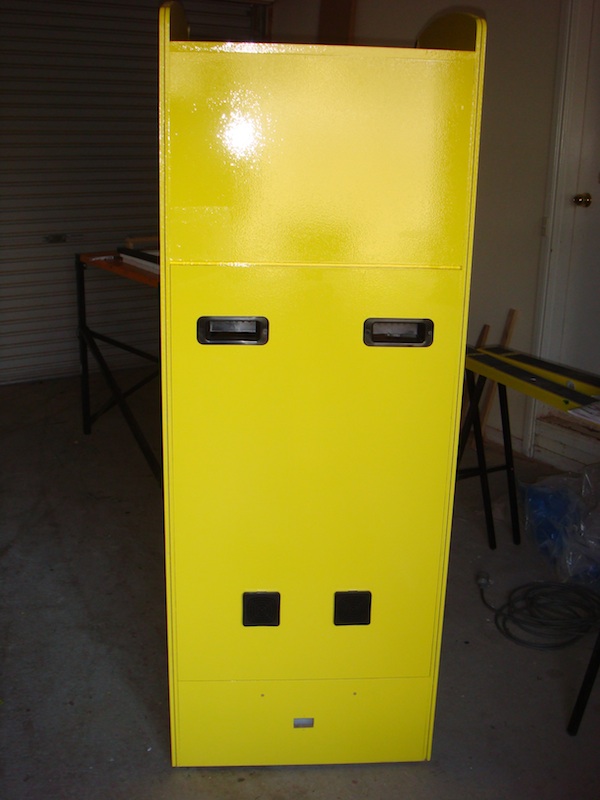 I spent 5 minutes putting together the service panel, with a switch for service and another for test. This will be attached to the PCB panel inside the cab at some point in the near future. 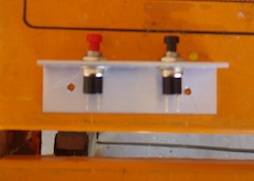 The final bit of the update is to give a sneak peak at the control panel. Since the original pac man control panel only allows for a single joystick and a P1 and P2 button, I had to look at alternatives for the artwork. There was no point trying to make it work with the original artwork layout. I came across this pacman themed overlay at GameOnGrafix. After applying the artwork, I used a scalpel to cut out the holes for the buttons and bolts. What’s missing now is the 3mm acrylic overlay, and some bolts on the front. Those big white blobs on the front panel are the P1 and P2 start buttons, but it’s hard to make them out as buttons thanks to the flash. They are flat white too, and not printed with the 1 and 2 player logos.

Today I ordered the acrylic for the marquee, screen and control panel. I also started trimming the artwork down to a more usable size. It’s bit enough to cover both side panels and front panel – so I will make use of that. But it still needs to be trimmed back to a more usable size. Another piece on the go at the moment is the coin door. It’s only partly complete, so will have images once it’s done – probably in the next update.