Fixing never ends when it comes to pinball and it’s just an accepted part of being an owner. Due to working from home until COVID-19 is behind us, I’m spending more time with my games during break periods. I switched my SWEP1 machine on last week for a few games as it had been sitting idle for awhile and noticed that the sound was not right. Specifically, some sound effects were quieter than others. I put the game into test mode and ran the audio diagnostics. I found that there ware no sounds coming from from the left speaker. Only the right speaker and sub were working. My thoughts were that it’s either the PRISM card, sound amp board, or the speaker. I did the standard cable reseat at the back of the PC first, but the problem remained. I then opened up the PC and reseated the cable running from the sound board to the PRISM card. Again, the problem remained. 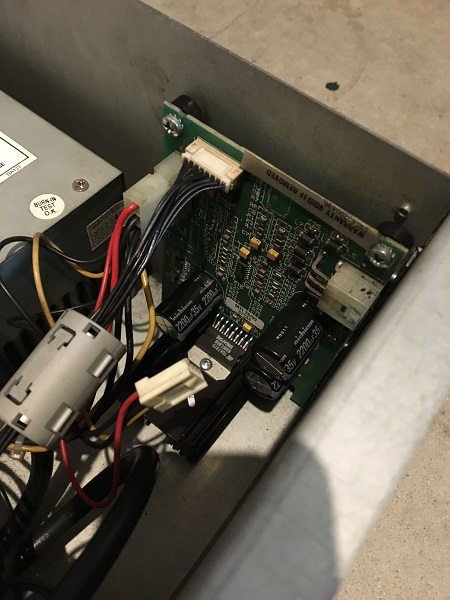 The sound board sits at the front of the PC and there’s a small opening in the case to allow the speakers to connect to it. This cable was also checked, but the problem remained.

The speakers are hidden behind a grill that’s a bit of a pain to remove. So I decided to check the sound board first. I had a spare one that I could install, so decided to swap it over. It was a good excuse to test this spare one while checking for any damage or broken solder joins on the old board. The board itself is quite small and installs via 2 screws. I removed the existing board and looked for any damage and checked the solder joins. Everything looked OK. I installed the spare sound board and again tested the audio. The issue remained. 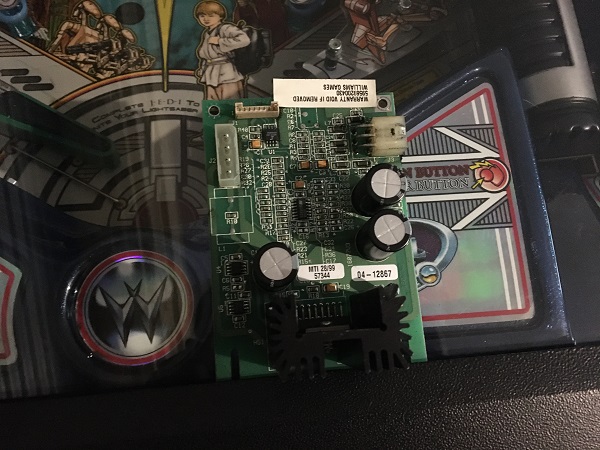 Before I check the PRISM card, I decided I’d go with inspecting the speakers next. There are 3 security screws that attach the grill from below, along with 3 bolts that you need to reach behind the panel to loosen. With the game switched off, I began removing the grill. 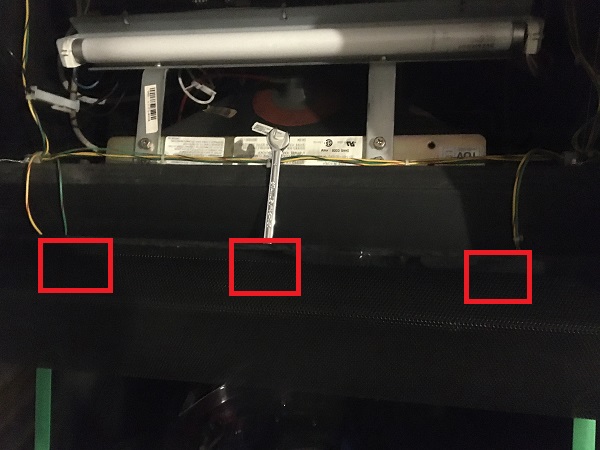 The grill was removed and set aside for cleaning. 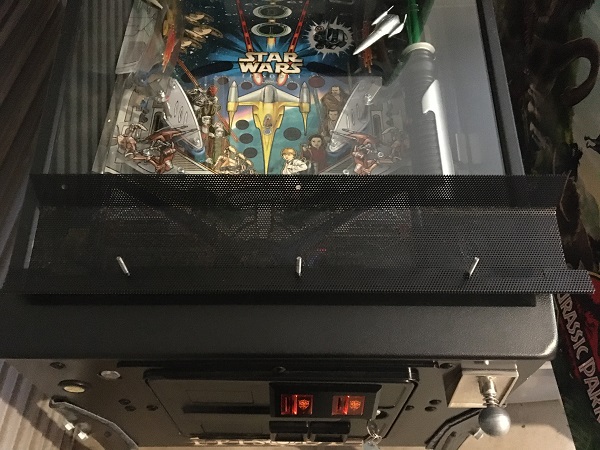 With the grill removed, I now had access to the left and right speakers. Each is attached by two Philips head screws. Before removing them, I gave a gentle tug to the wires on each speaker to see if there was anything loose, but the wires were connected. 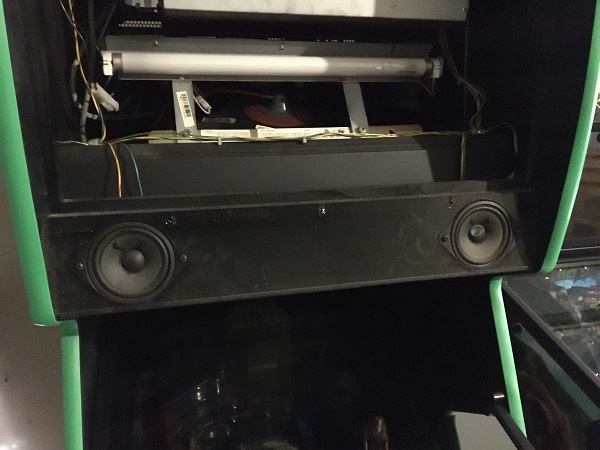 The speakers are thankfully connected via spade connectors, making them easy to remove once the screws were out. I had a look both speakers for any obvious physical issues and none could be found. I took an Ohms reading of the right (working) speaker. This gave me the expected 4 Ohms. 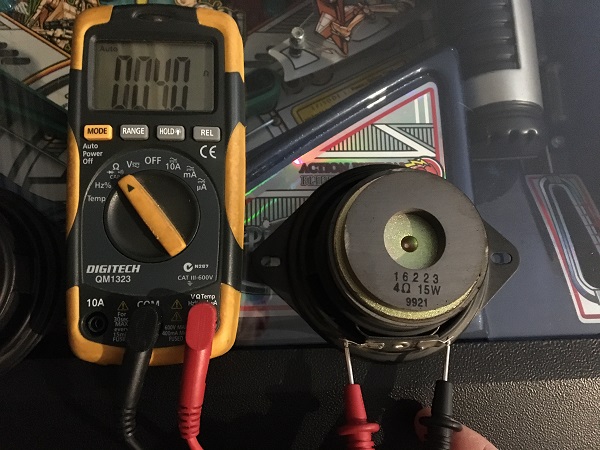 I then took an Ohms reading of the left (non working) speaker. This came back with 0 Ohms. It’s dead. I had another look over the speaker and there was nothing obvious at a surface level of anything being wrong. 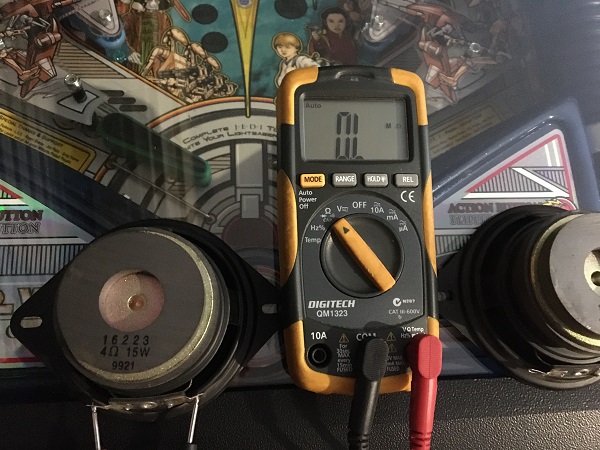 New replacement speakers are thankfully quite cheap ($5.50AU each if you buy 4) and easy to source from PSPA. They were ordered and arrived a few days later. 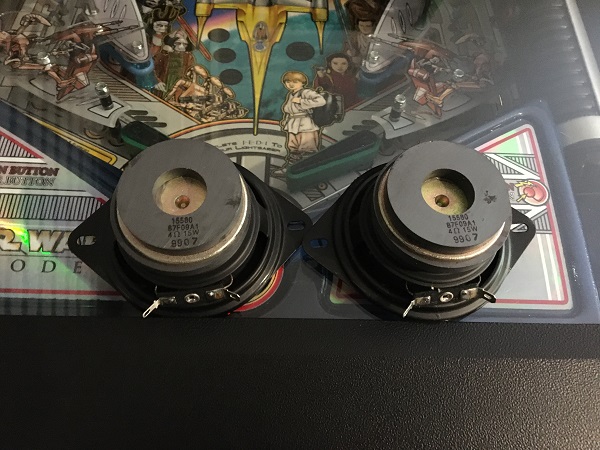 The new speakers were installed and the game switched on to test. I decided to replace the right speaker at the same time as well and will keep the old one as a spare. In test mode, sound was now coming out both speakers. 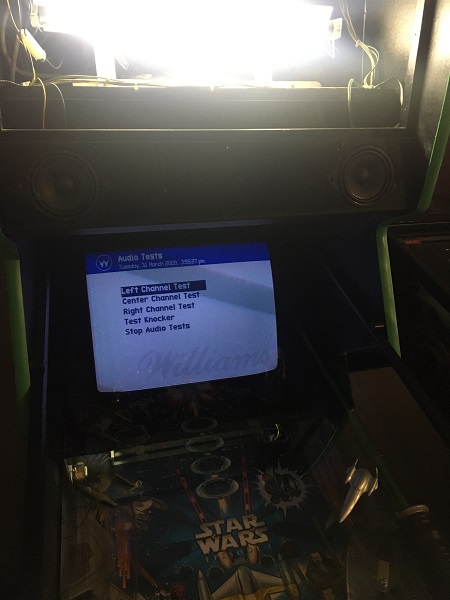 The grill was installed again, followed by the translite to complete the fix. Thankfully it was something simple and only a cheap component to replace. I have a spare working PC ready to put in the game should any of the major parts fail. But I’d rather not have to. Now to get some more game time on SWEP1.