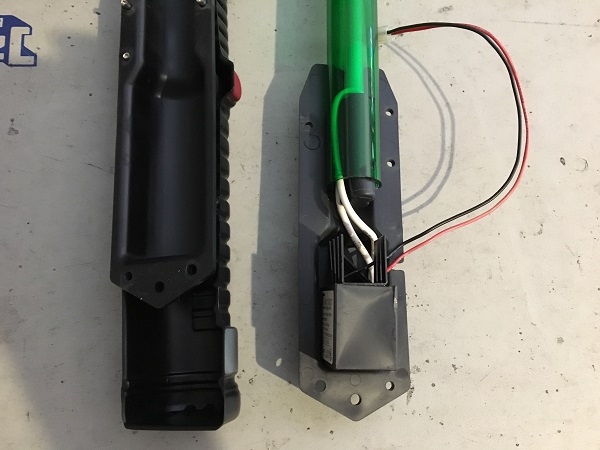 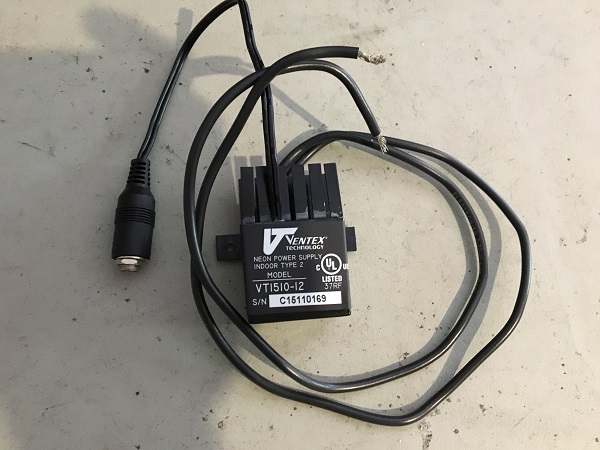 The power wiring was transferred from the old transformer so the new one could plug straight in under the playfield. The two out wires from the transformer were hooked up to the Neon tube. It was ready to be put back together.

The lightsaber housing was joined up again and hooked into the game. Once the start up sequence completed and the game entered attract mode, the light saber lit up brightly and was working once again. 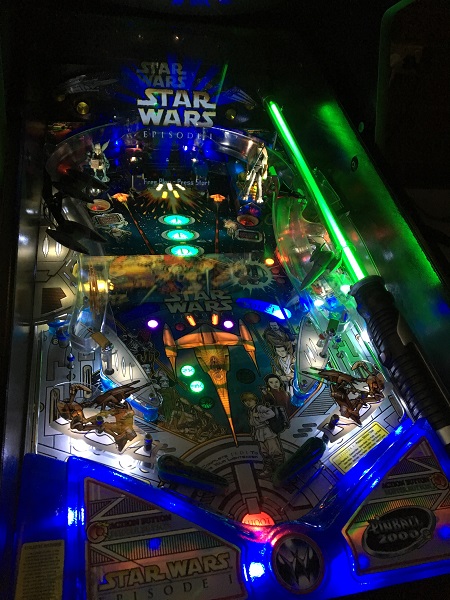 In the end it was a pretty straight forward fix. Not a cheap one though ($80AU for the transformer vs. $3 for a driver board chip) – but you can’t have an awesome Neon light saber on a machine that’s not working. You just can’t 😉 Pinball often throws us new problems for us to solve, so there’s the positive with the information and knowledge gained. Now back to playing it 🙂