With my holidays just about over, I was keen to complete the last steps of the new side art for X-Files and have the game back online before I returned to work. In the last update, the big tasks were done and it was now a matter of getting everything back onto the cabinet and have the game running. With the cabinet still inside, I installed the side rails, headbox support brackets and buttons next. 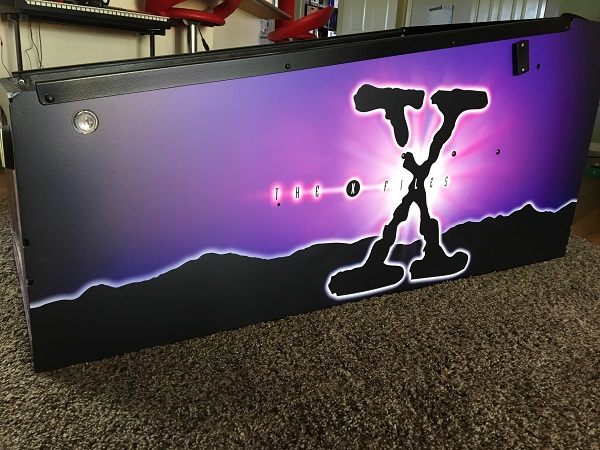 All the bolt heads had been cleaned, sanded and resprayed with satin black to freshen them up. I had been worried about causing wrinkles in the side art when installing the bolts. I went slowly and was relieved to find the artwork survived without issue. 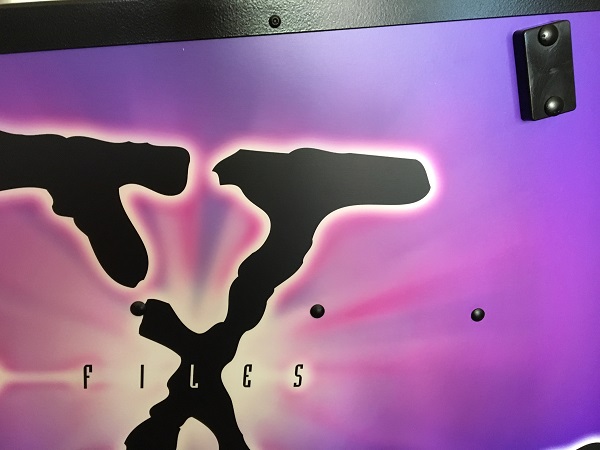 Next up the glass channel and cover were installed. 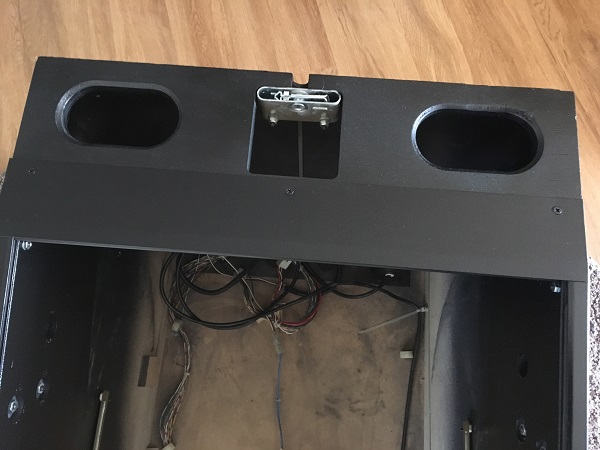 I was down to the final things, so the cabinet was moved back outside to get the last components installed again. Next up was the coin door. Now the coin door sticker more closely matches the artwork colour 🙂 The door wiring was reconnected, along with the LED wires for the flipper and start buttons. I swapped the start button over to an LED back lit button. 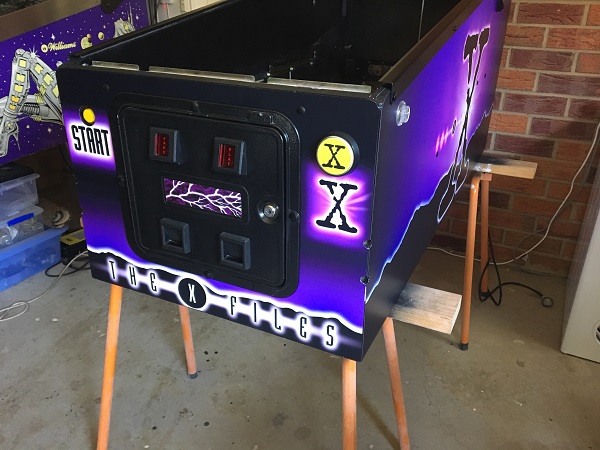 I installed the headbox next and connected up the support arms. Then the playfield went back into the cabinet and everything connected back up again. The connectors were all double checked and everything looked good – so the power switch was flicked on. The game lit up and booted successfully. 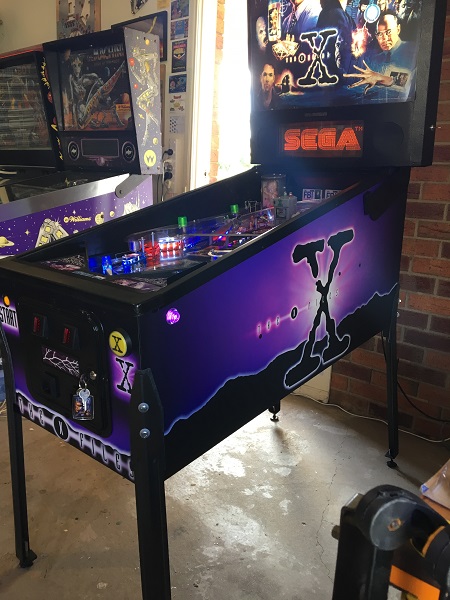 Looking back at the state of the cabinet before I began this process, it’s a huge improvement. 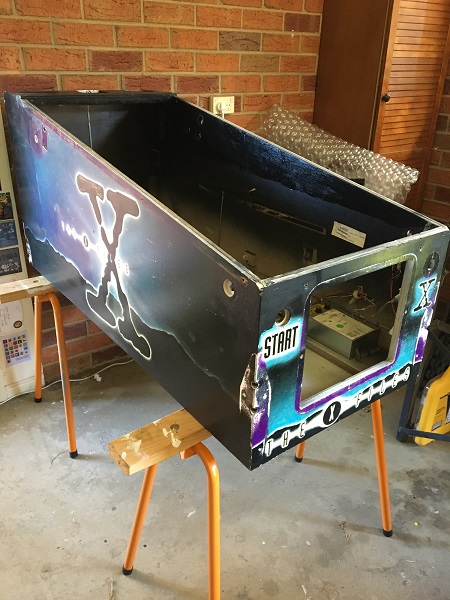 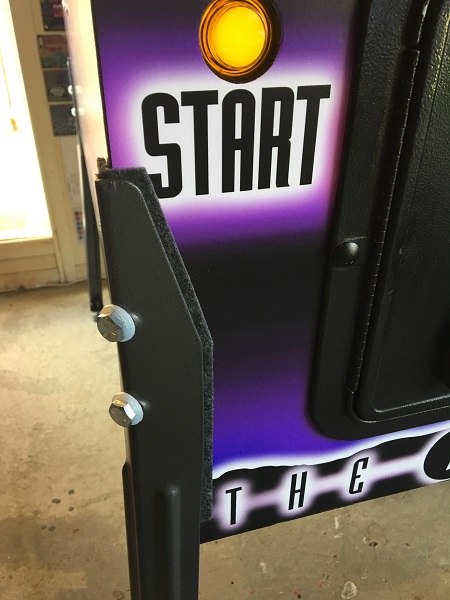 Overall I’m very happy with the process and result. I learnt a few new things and will roll that knowledge into the next redecal I do (which will be BoP later in the year). It’s certainly time consuming but the effort is well worth it 🙂