There is rarely a dull moment in owning pinball machines as there’s always something that needs fixing or adjusting. A small fault was recently noticed in my Pinbot machine, where the left out lane switch would not register when the ball rolled over it. It was a quick and easy fix, but wanted to cover it for future readers anyway. First up, I put the game into test mode and activated the switch with my finger – as expected, the switch did not register. I then manually tested other switches around the playfield. Interestingly, the left in lane switch also did not register. Other switches were fine though. So two were switches (right beside each other) were misbehaving. 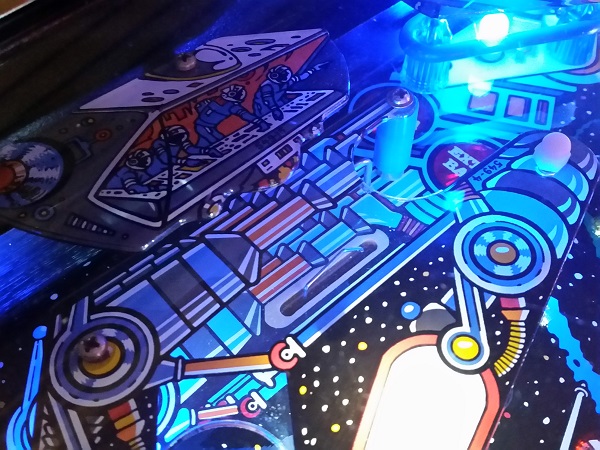 My first though had been perhaps the switch contacts on the out lane switch were not making good contact. But since the in lane switch beside it was also playing up, my primary suspect became the wiring. I lifted the playfield up to have a look at the switch switches. The ground wire (green and purple) does chain between the two switches, but the wiring was OK. 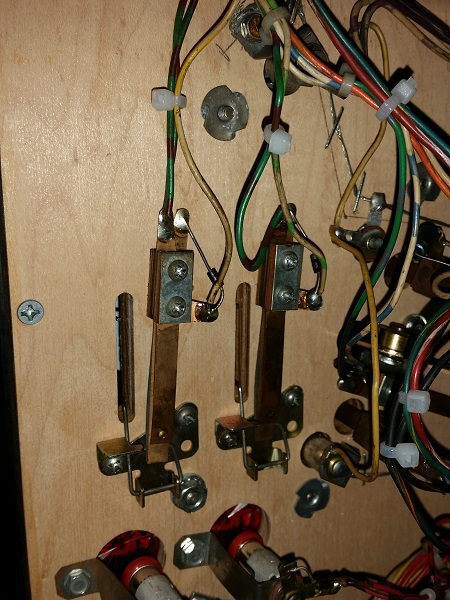 I continued tracing it to it’s next point – which was the left flipper assembly. Here it joins up to the lane change switch and this is where the break had occurred. The wire from the two left lane switches and slam switch had become loose and lost contact. 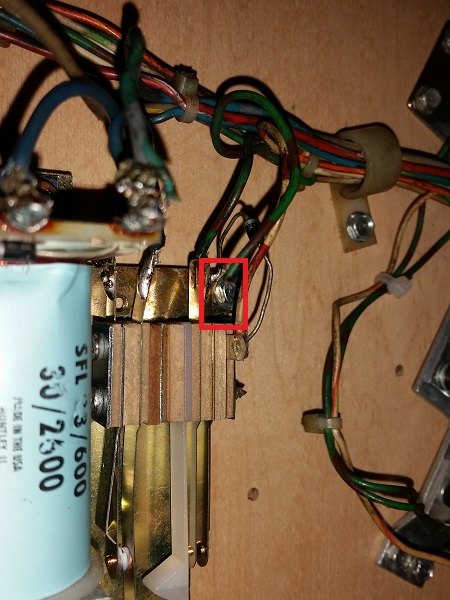 The soldering iron was fired up and the wire reconnected to the lane change switch. Pinbot was started up again and the two lane change switches tested again – all working fine now. A simple fix and a good example of logically tracing the cause. The problem could have been something more serious, but it’s always worth spending time on the basics first.