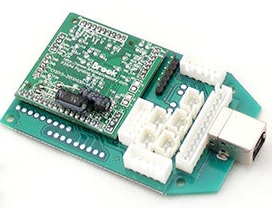 I’m going to replace the Dual Strike with a Brook PS3/PS4 Fight Board (with IST break out board). It also supports PC, but I will lose compatibility with X360. This isn’t really an issue as I don’t think I’ve ever actually used it with my X360. I don’t think I’ve ever hooked it up to my PC either (aside from updating firmware). You can buy a kit from Focus Attack which comes with just about everything you need (https://www.focusattack.com/ist-pre-installed-brook-ps3-ps4-fight-board-pcb-kit/). 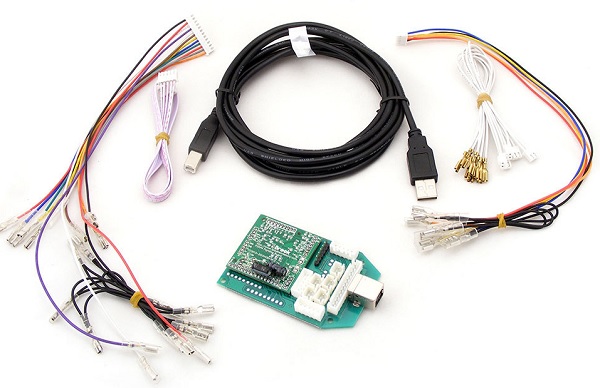 As part of this upgrade, I’ll also take the time to repaint the unit and replace the artwork. When I originally painted the fight stick, I used some left over red paint I had on the shelf. It did the trick, but chipped and scratched easily. This time, I splashed out a whole $12 glossy spray paint which should do a better job and give a much nicer finish.

The fight stick was disassembled and everything set aside for cleaning. Any damage to the box was patched up and then sanded smooth. I then applied 3 coats of spray, which had it looking better than ever. The old dual strike board was replaced with the new one from Brook. I much prefer the plug connectors on this board to the screw terminals used on the dual strike. The kit doesn’t come with documentation for what each wire is, but this information is easily found on the Focus Attack and Brook web sites. 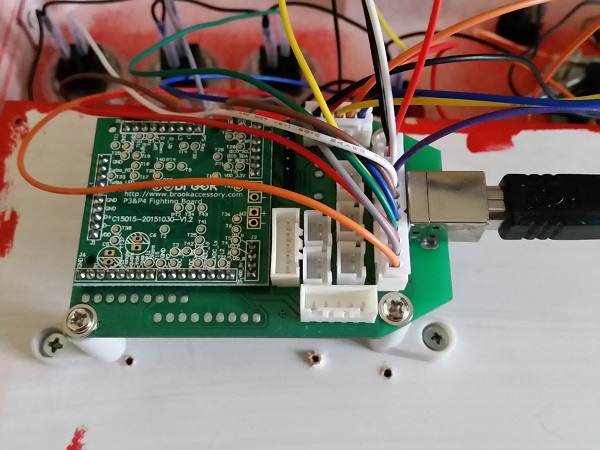 New artwork was installed (this time from Guilty Gear – previously it was Ken from Street Fighter) and the wiring completed. One thing I don’t currently have hooked up is the touch pad (from the PS4 controller). I may wire this up to the share button instead as I’ve never bothered with the share button to date. 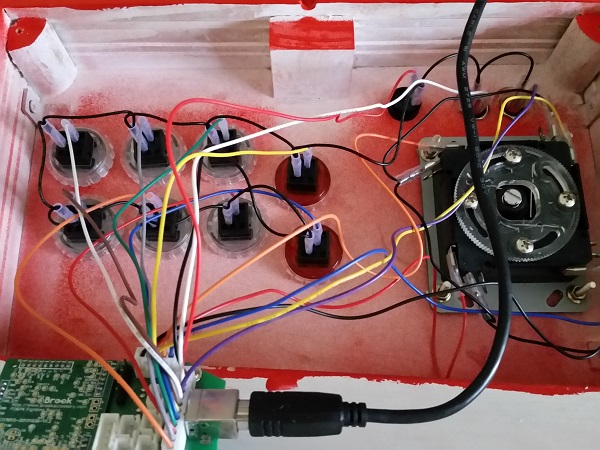 Finally everything was put back together and ready for use. The artwork is simply a wall paper image from Google and printed at K-mart for $5. 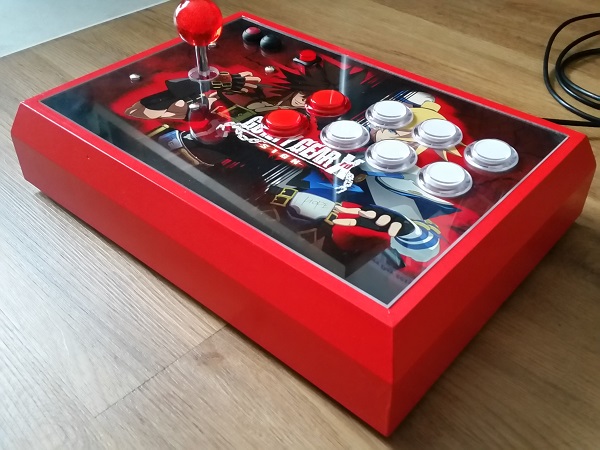 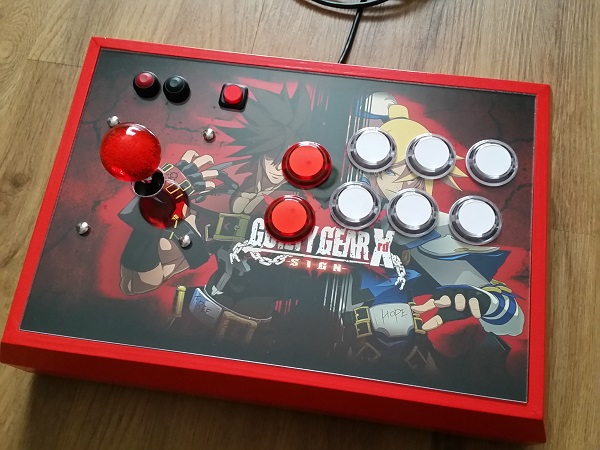 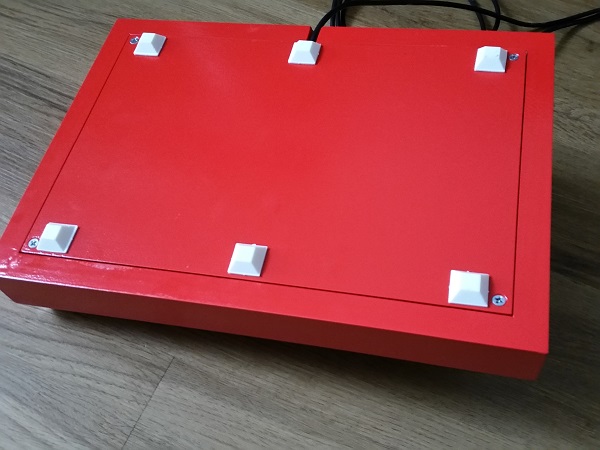 The first thing I did was to upgrade the firmware, which was simple as downloading a tool from the Brook website and plugging the fight stick into the PC. During my first test of the fight stick, I found I had incorrectly wired the right joystick switch (wires on NO and NC terminals instead of NO and COM).

After some testing, I’m really happy with being able to use it on PS4 now. Previously I had been using a Hori Fighting Stick Mini – which is OK, but it’s small and very light. I often found unit moving around while playing. I like the heaviness and stability of my fight stick and also prefer the buttons (in terms of feel and noise). Now to get stuck into some Guilty Gear Xrd and KoF 🙂