A slightly annoying issue that has crept into the Space Orbit machine over recent months is the game serving the ball up at game over. You don’t actually get a free ball as it’s in the game over state (so switches & flipper buttons are disabled), but the ball is served up into the shooter lane as it clicks over to game over. It’s not a show stopping issue as you just shoot the ball and watch it drain before starting a new game. But it’s an issue I’d like to get to the bottom of. As you can see here, the game is in the game over state, with the ball sitting in the shooter lane. 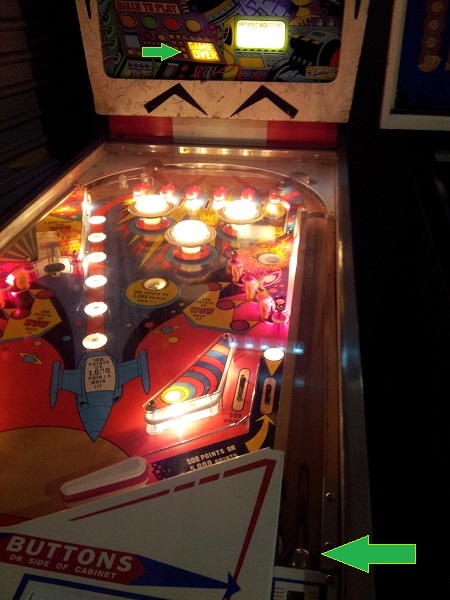 Firstly, I need to understand how it counts the balls down. When you start a new game, the machine resets and the remaining balls increase. I can watch the lamps light up 1, 2, 3, 4, 5 and then blank (no ball count light active). At this point the game is ready to begin. 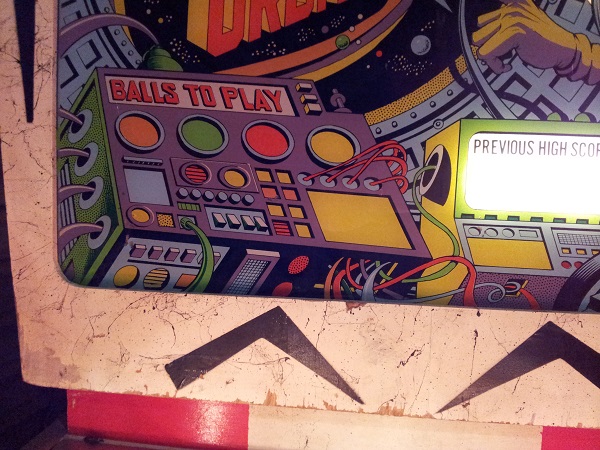 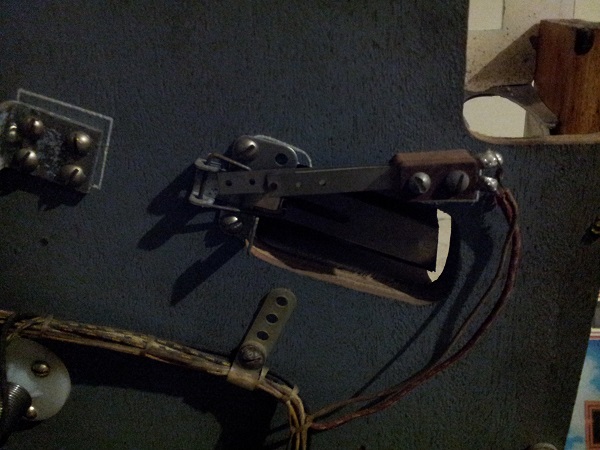 With the ball removed from the game, I started a new game and watch the ball count go past 5 to the point where no lamps are lit (on the ball count). I then manually close the switch (shown above). At that point the flippers and play field switches become active. It also steps the remaining ball count down to five. 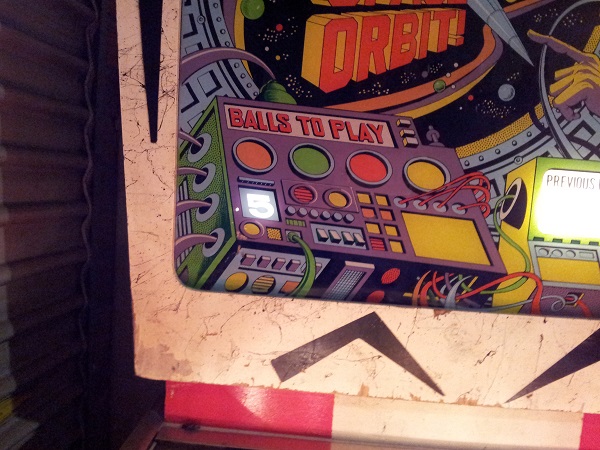 If I activate the ball trough switch to simulate the ball draining, the score motor will advance and then kick the ball up to serve the next ball. At this point it still shows remaining balls as 5. Manually activating the switch before the shooter lane again, I see the remaining ball count decrease to 4. 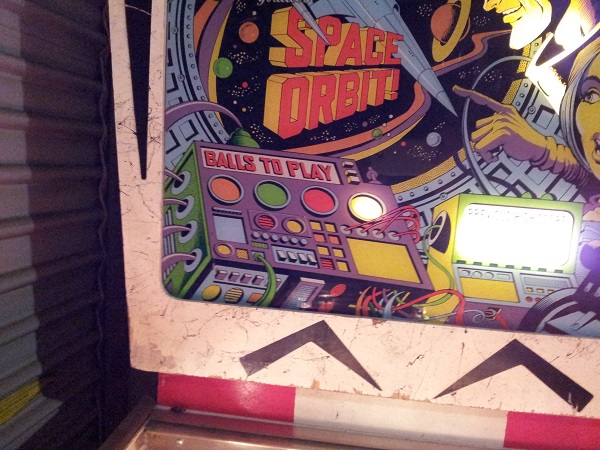 This is fine, except when we are on the last ball. It makes no sense that this switch will step the game back from 1 ball remaining to game over. The only way for this switch to activate is for the ball to be served (as is currently the case). The game needs to switch to game over when the trough switch is activated. This says to me there must be another switch somewhere on the machine that triggers game over when the trough switch is activated with the ball count on 1. Having a better understanding on EM’s now, I suspect the issue to be with the ball count stepper unit in the headbox. Let’s get the back off the headbox and take a look at it. 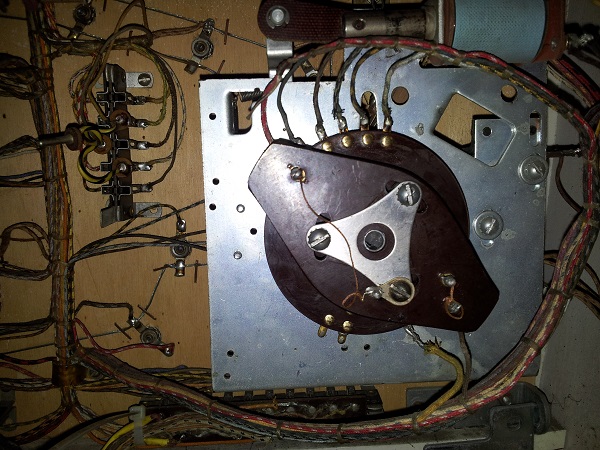 This is a step up / step down unit. When you start a new game, the unit steps clockwise to one spot past the last rivet (top row). When the ball is sent up from the trough activates the switch before the shooter lane, this unit then steps back one rivet. The unit stepped ok, although showed signs of needing a clean for smoother steps forward and back. I’ll return to that later. I manually stepped the unit and observed the position of the contacts over the rivets. They were making good contact. My prime suspect was one of the switches located on the other side of the stepper however. There is a pin that holds the unit in place. When you remove the pin, the stepper unit folds down, allowing access to its ‘inside’.

The two switches here were what I was most interested in. The first switch is always closed and never changes state. I believe this to be part of the coin unit. With the switch always closed, it’s set to free play. I was more interested in the second switch which changes state from home to its first step. When in the home position, this switch is open. When a new game starts, the arm that controls the state of that switch rotates away and allows the switch to close. It only opens again once the stepper unit reaches home (game over). I had expected this switch to not be changing state correctly. However, I was wrong. It correctly transitioned state on the first (or last depending on how you look at it) step. To adjust this switch in any direction would look abnormal, so I left it as is. I did however clean the contacts. Perhaps they were dirty and the cause of the issue. After cleaning the contacts on the switch, a new game was started and I manually drained the ball until game over. The problem still occurred. The ball enters the shooter lane to trigger game over.

I went to the schematics to see what they could tell me. The ball serve coil is driven by relay O. This relay is pulsed and causes the ball to be served to the shooter lane. While it plays a role in the ball being served after 1 remaining, I don’t believe it to be the cause here. It simply does what it’s told – serve the ball up. Something else that comes before it should be preventing it from triggering.

Back to the ball count stepper unit again. I’m still confident the issue is here. On closer inspection of the stepper unit, I noticed a few wires corrected to tabs around the lower edge of the stepper. One of the wires had become disconnected. Looking at the 3 empty tabs, there was one with remnants of wire and solder. The wire looked quite flimsy – given it’s age, it’s understandable. I got the soldering iron out and joined the wire back up. 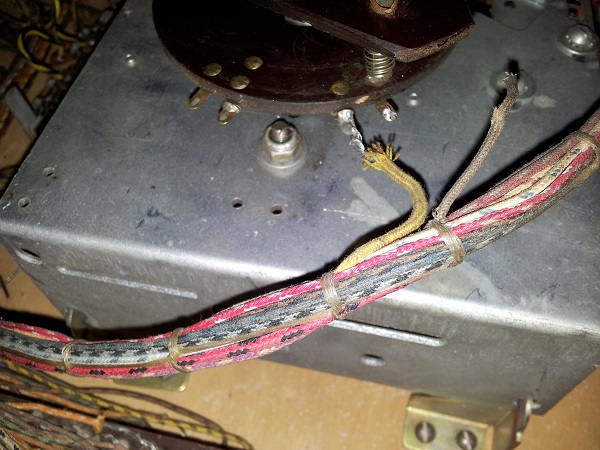 I started a new game and manually drained the ball to game over. Success! The ball stepper advanced to game over before activating relay O and sending the ball up to the shooter lane. Another problem solved. While I had the back of the headbox off I decided to clean up the rivets on the ball count unit too to improve the stepping action forward and backwards. The crap was wiped away, rivets cleaned and a small amount of teflon gel lube added along the path. Manually stepping the unit backward and forward showed a much smoother stepping motion.

Something very minor that has been an issue is one of the pop bumper caps. The caps have two small plastic legs which attach to the pop bumper body. On one of the caps, the leg has been broken and glued back together. This has never really sat very well and often, after a few games, the cap work its way loose from the body. Eventually, you end up with a pop bumper cap floating around the playfield. I had attempted to strengthen the leg that was hanging on, but it’s never really solved the problem. 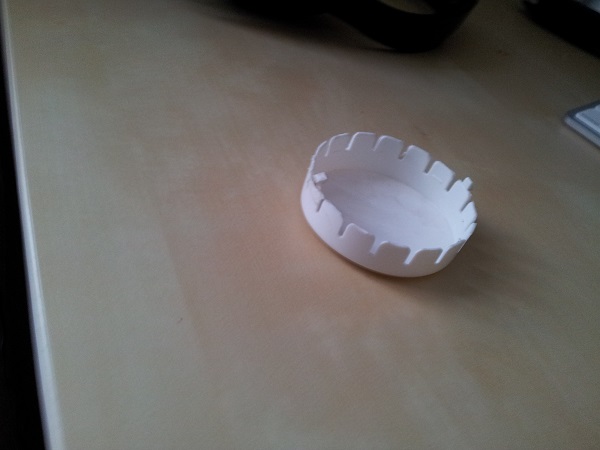 The real solution was to buy a new one. I decided to buy 3, thinking that 1 new one might stand out from the other two older ones. Turns out, the 3 I ordered were all slightly different. As a side note, these caps are actually off star alien. They fit the space orbit theme nicely though! I picked the 3 caps that were closest in appearance to put back onto the machine. 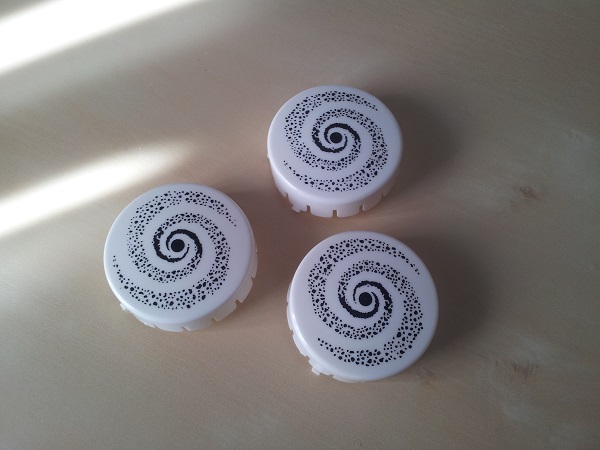 Sitting on the machine, they look good. The cap will now remain on the pop bumper and I won’t have to keep pulling the glass down mid game to put it back in place. 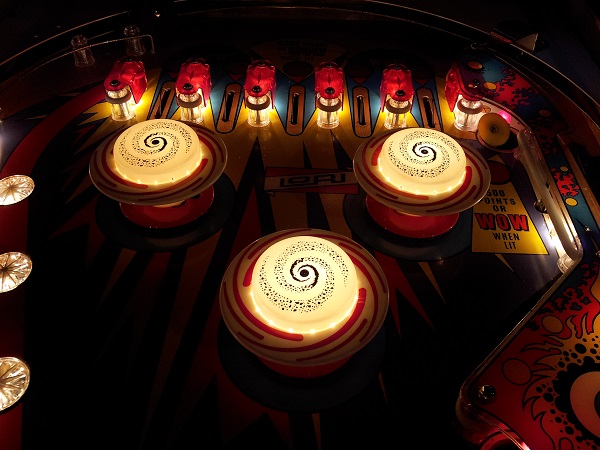 I played a handful of games, monitoring the balls remaining lamps to ensure they lit up correctly and that the ball was not served to trigger game over. It also allowed me to further test the vari-target fixes I did in my last update. All running smoothly. Another update done. I have a few more things to look at yet and will cover those shortly.