Time for a smallish update on a few miscellaneous things that have had my attention during the week. The first thing I wanted to look at this week was the credit button on the front of the cabinet. It’s functioning correctly, but I was eager to disassemble it and give it a clean. 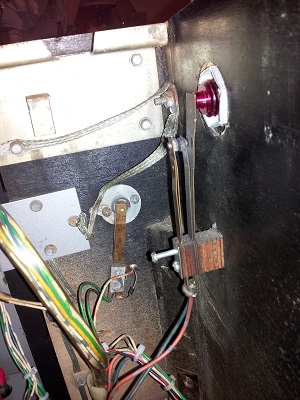 First thing to do was remove it from the cabinet. I needed to undo the switch first and then remove the E clip. This allowed the button to slide out from the front of the machine. I also removed the small metal plate at the back of the button for cleaning also. 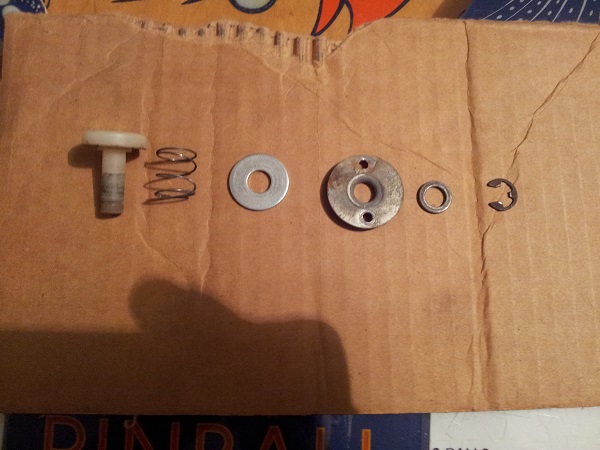 Each part was cleaned with isopropyl alcohol and wire brush on the metal parts. I had purchased a new button and spring to use here too. The old button was discoloured and I think would look out of place once I’ve repainted the cabinet.

With the button removed I could see some dirt and crap stuck inside the hole on the cabinet. This was cleaned up and then the button installed back into the machine. The button now has a better feel to it and less stick. 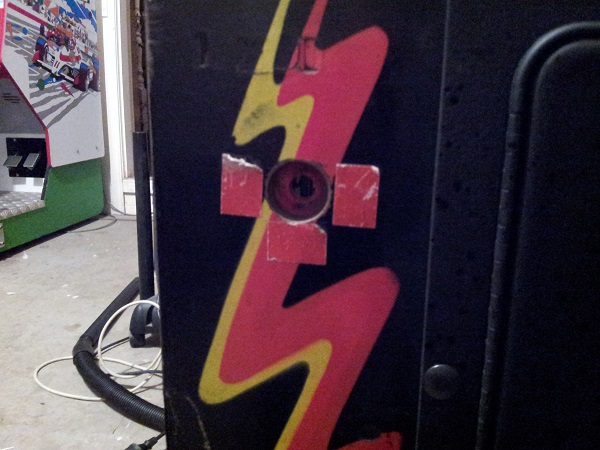 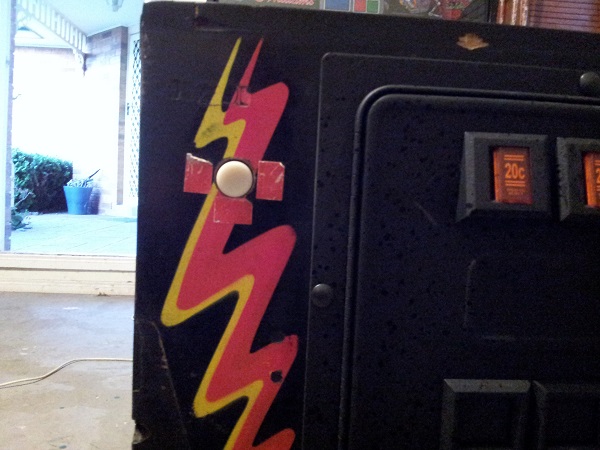 Next on my to do list was to add some button caps to the test switches on the cpu board. I had two spare caps laying around from a spare parts haul I picked up recently, so decided to make good use of them. Thankfully I had two different colours to help differentiate the buttons. A very minor thing to report on, but still an improvement to the machine as a whole. 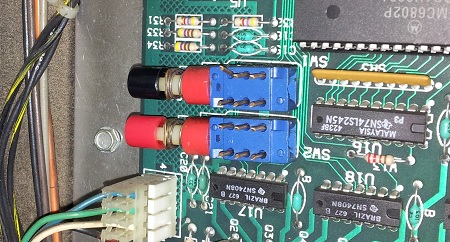 Lastly, I had been meaning to get through the remainder of the under playfield globes and swap them over. The main ones I had not gotten to were the chest matrix. 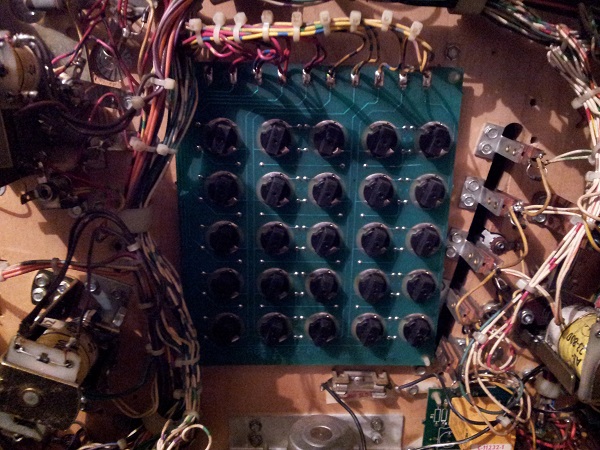 Thankfully there are all the twist style, so removing and replacing them is easy. I’m a fan of the #555 style bulbs. Eventually I’ll deck the machine out in LEDs, but for now new bulbs will do the trick. Aside from a few #89’s, all the bulbs on the machine have been replaced with new ones. Many of the older bulbs were cleaned up and put aside into my spare bulbs container for future. 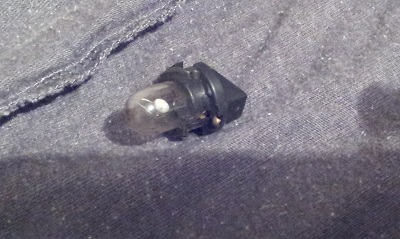 A very minor update this one. Meanwhile though I’m rebuilding the ramp on the left side of the playfield and hope to have that done during the week. After that it will be the pop bumpers and (probably) mini playfield.