The shooter rod on the Fireball Classic was in pretty good condition. It still operated fine, but was in need of a good clean and service. The shooter rod is fixed to the cabinet by 2 bolts that are part of the face plate. Once removed you can just pull the shooter back away from the cabinet. I found that I needed to remove the rubber first though to get it through the cabinet hole. 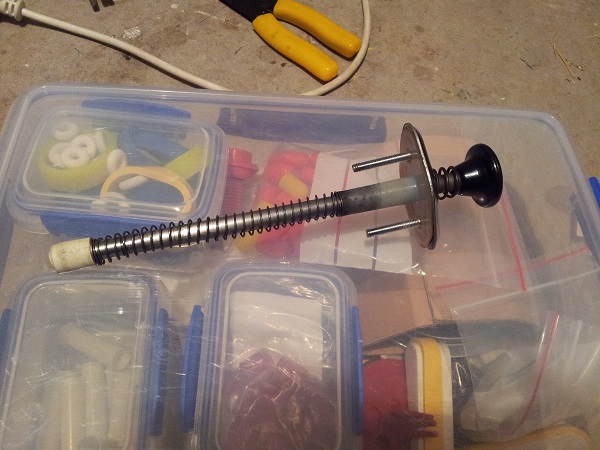 With the shooter removed, I pull the assembly to pieces. It’s all really held in place by the E clip. Once that’s off, you can remove the spring, bushing, rod and plate. 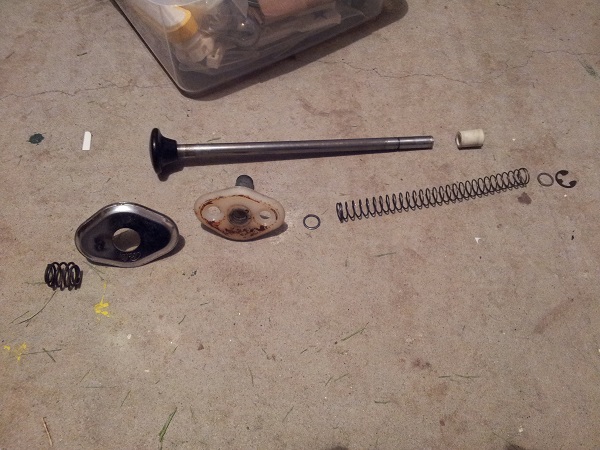 Something cool about these face plates is they have the company name “Bally” engraved on them at the top – it looks nice. 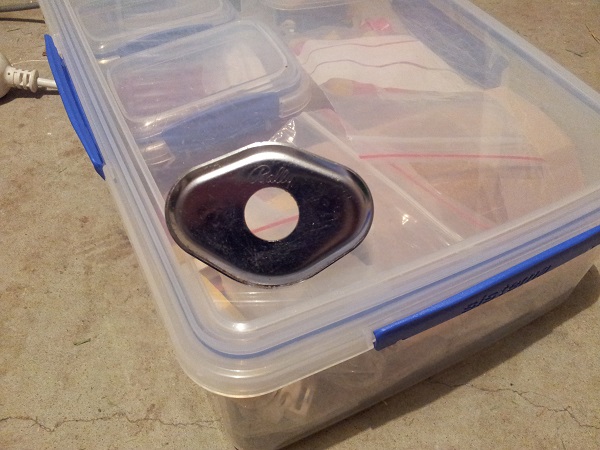 As you can see, it was pretty damn dirty. 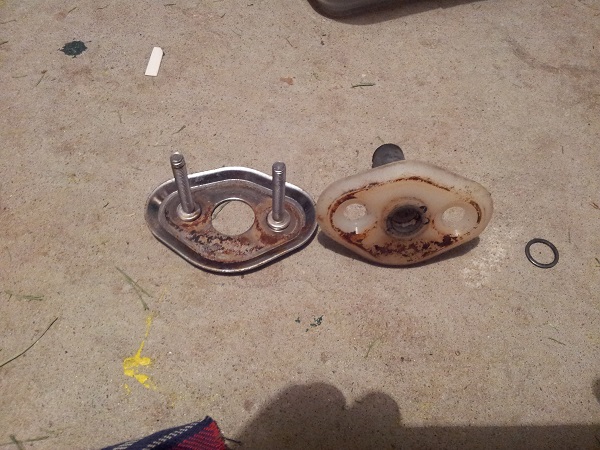 I was keen to replace the bushing, but could not source a new one easily enough. I gave all the parts a really good clean (including the springs). I replace the barrel spring on the outside however as the old one was in poor shape along with the rubber tip. The difference a good clean makes though is great. 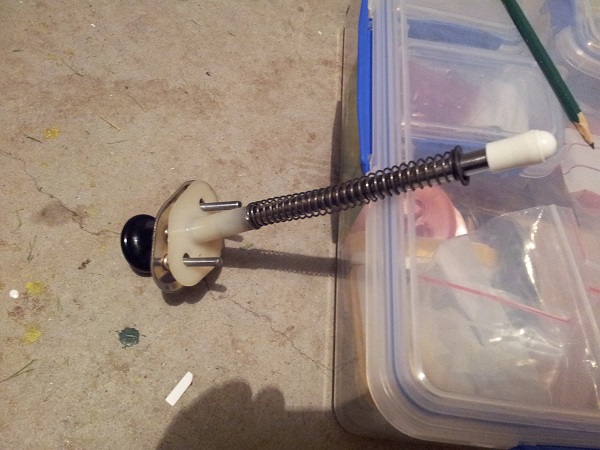 Then it was time to get it back into the machine and give it a final wipe down. The face plate can be purchased new, but this one was in decent condition, so a good clean will see it live for awhile yet. The new barrel spring looks great and the handle on the rod is still in excellent condition. So this was a very cheap part to service. 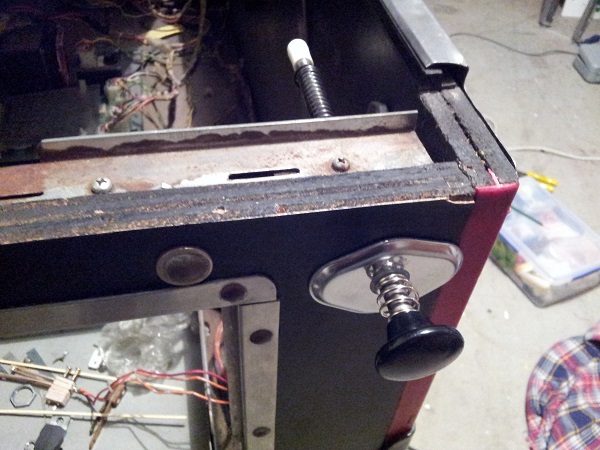 One last thing I wanted to do with the shooter was find a protective plate that sits just outside where the ball is served up. Right now the ball would bang into the wooden rail at the side. There are two screws there where the metal plate should be. Not sure what happened to this one. 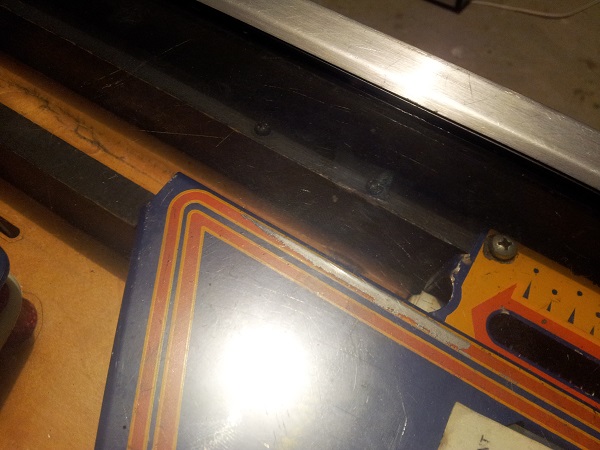 Thanks to a forum member on Aussie Arcade, I was able to source one. After a bit of a clean it came up looking great. 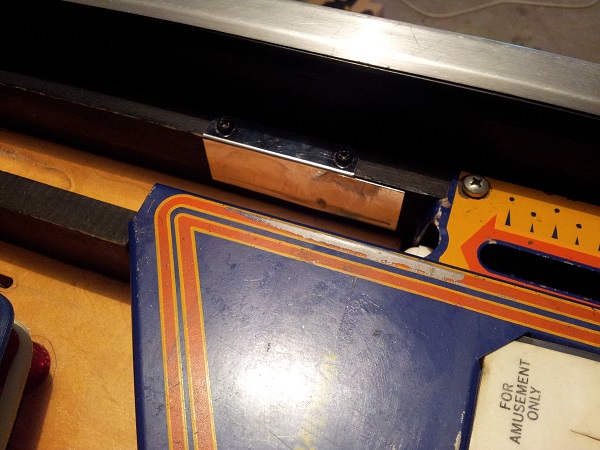 The final part to get looked at was the small metal lane hood. I removed this and gave it a good clean with some steel wool and then some brasso.

So that’s it for the shooter. I wish I could do more with the shooter housing, but there are no decals or replacements available sadly.