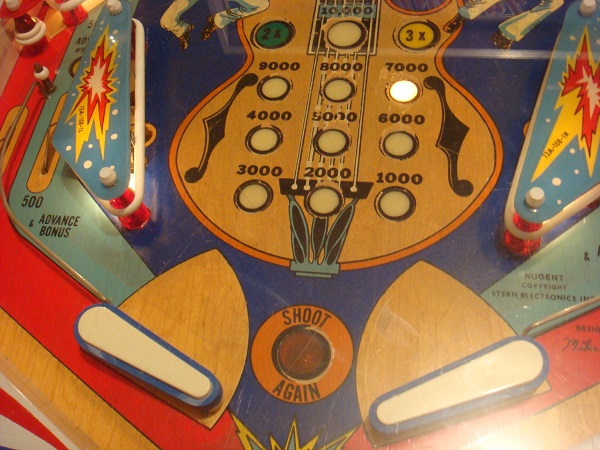 I purchased two sets of flipper rebuild kits from a local pinball supplier here in Victoria, Australia. They only came in sets of two, so I will have a left flipper kit spare once all three flippers have been rebuilt. First step was to get the play field lifted up so I could get access to the flipper parts below the play field. I decided to start with the left flipper since it was the worst of all three.

Each flipper is made up of several parts. There is the frame which holds the unit together and attached to the play field. Attached to the frame is a solanoid / coil, plunger & link, a spring, a coil sleeve, an end of stroke (EOS) switch and a nylon bushing. Here is a picture of the left flipper before I began: 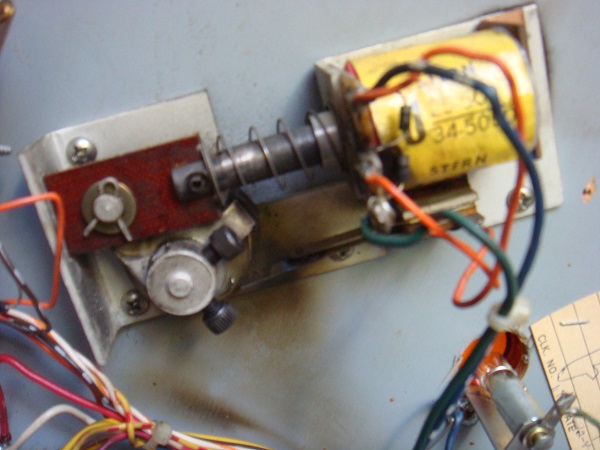 The first thing to do was remove the coil stop. As you can see from the picture below, it’s quite dirty and seen better days. It has started to become rounded (often referred to as mushrooming) due to use. You can file these down and reuse them, but for the cost of a few dollars, I think it’s better to just use a brand new one (one is included in the kit). 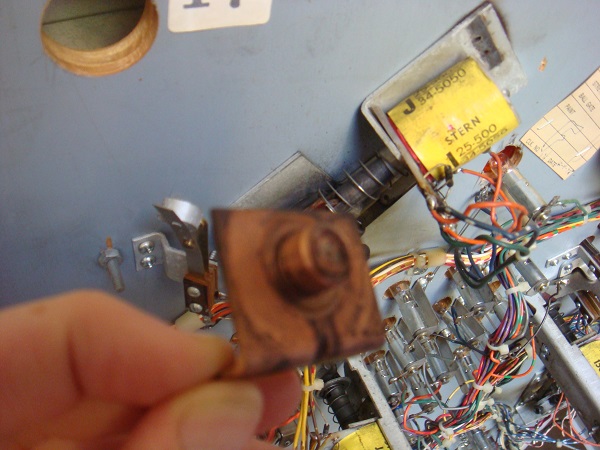 I then removed the coil, plunger and bushing. I now had access to all the parts and could start replacing the worn out parts with new ones. 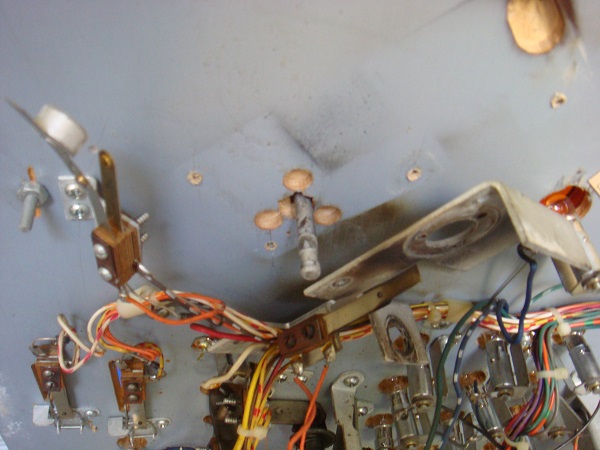 I was worried the bushing might be damaged and be part of the issue I was seeing with the flipper. But it turned out to be OK – dirty – but OK. It just needed a good clean.

I gave the bushing a clean and then installed it back into the machine, along with the frame. I wasn’t able to source any new ones that matched this, so thankfully they are OK. If I do manage source purchase some, I’ll come back later and replace them. 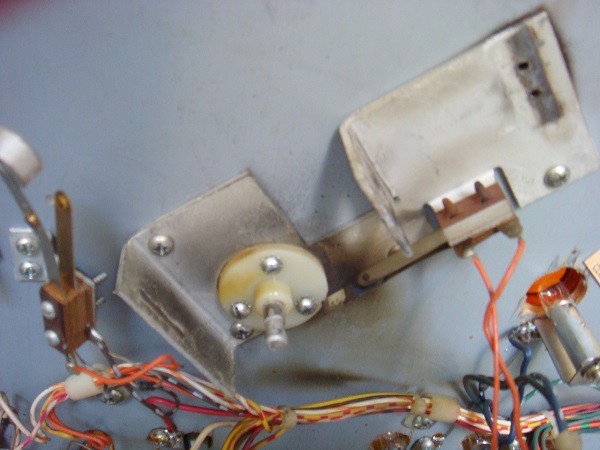 The bushing on the left is the one out of my machine and the one on the right is one I purchased hoping it would fit. 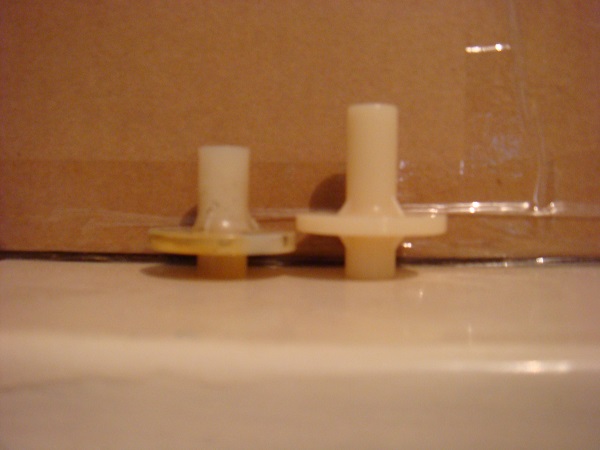 Here is a photo of the old flipper components with the new ones. The coil sleeve is actually OK, just a bit dirty. But given they cost about a 70 or 80 cents, I decided to just use the new one. I’ll keep the old one as a spare. 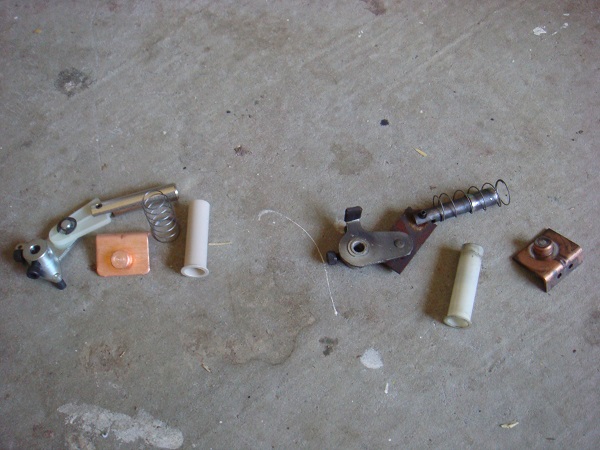 Then it was just a matter of installing the new parts into the machine to complete the flipper rebuild. 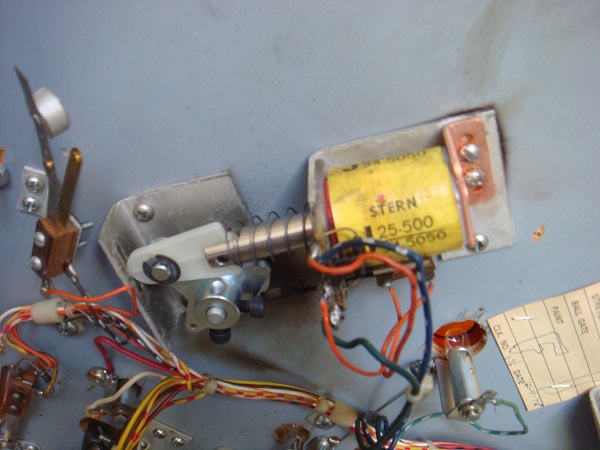 The right flipper looked slightly different to the left. The Nugent machine has two right flippers (the second is up higher on the play field). There is a second switch attached to the EOS switch which engages the second flipper. There is an interesting page here about how the flippers work. 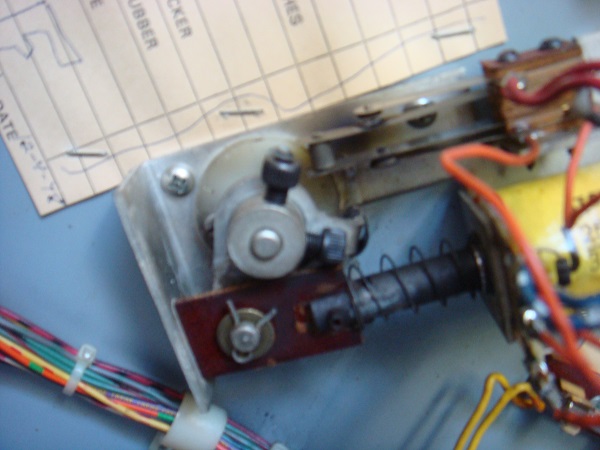 I went through the same steps to rebuild both right flippers.

With all 3 flippers rebuilt, there was still 1 last part I wanted to replace – the end of stroke switch. This comes as part of the rebuild kit, so I might as well use it. The existing switches were all soldered to wiring, which is why I decided to do this last, that way I’d only need the soldering iron out once.

I also decided to remove the faded old white flipper bats and replace them with new yellow bats. 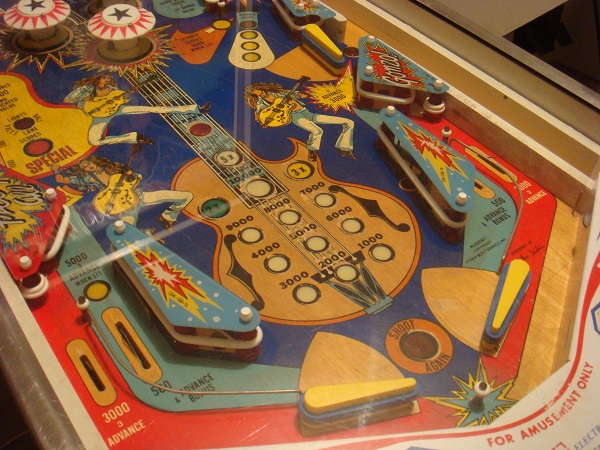 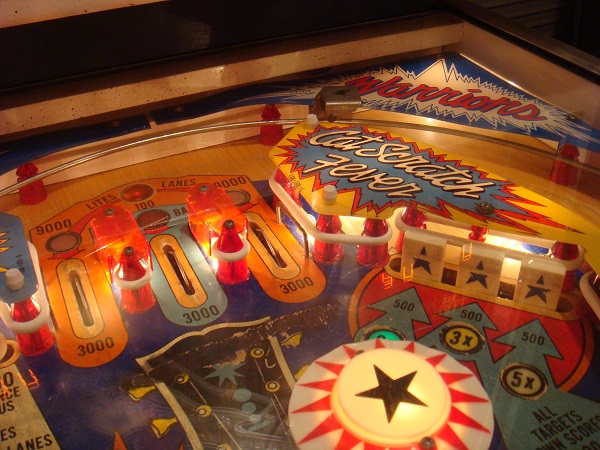 The flipper rebuild was a great success. The flippers are much stronger now and I now need to adjust to using them. I used to be able to use the weakness in them to hit certain targets, but now I’ll have to get some experience up with the new flippers for hitting targets.

In the future I plan to rebuild the pop bumpers and drop targets. The player 4 score display still needs some attention, along with the sound board. But for now, i’ll just be playing 🙂