I just have to keep tinkering with my Nugent. Since it’s my first pinball machine and my knowledge on pinball is small, I enjoy getting under the hood and making changes. I’ve started with a number of simple things like changing the bulbs and rubbers but want to start focusing on a few other areas of the game play. I’ve purchased a flipper rebuild kit, which I plan to use shortly. Before that though, I decided I’d change the flipper buttons and shooter/plunger.

The old buttons has faded in colour and were quite dirty. They are cheap to replace, so wanted to do it.

I wanted to keep the same colour white button housing as it’s a nice clean white, but the buttons will now be transparent red (instead of white). You can see the difference when the old and new buttons are along side each other.

Replacing the buttons was as simple as undoing 2 screws each side, popping the old plastic out and putting the new buttons in it’s place. I double checked the switches to ensure they still made a clean connect when the buttons were pressed. I have new switches to use as part of the flipper rebuild kit, but i’ll install them when I do the actual rebuild.

The second part of this update was to replace the plunger. The shaft was (very) well used and sticking at times. The handle has seen better days and the springs no longer as effective as they could be. The white beehive was also faded, scratched and dirty. To replace the whole thing was going to cost around $20. 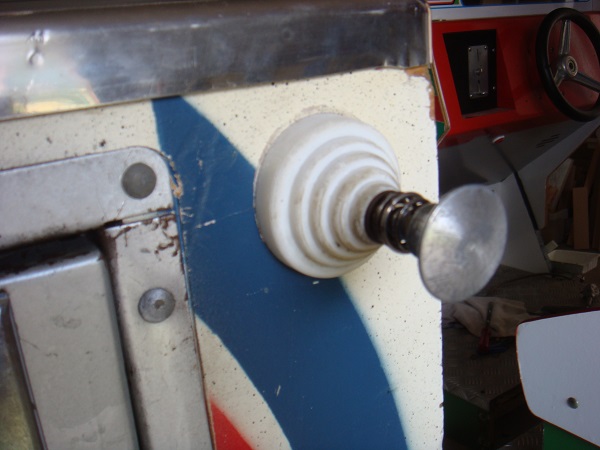 Removing the shooter was quite easy and I did it at the same time I changed the buttons. Undoing 4 screws let me remove the entire shooter unit. 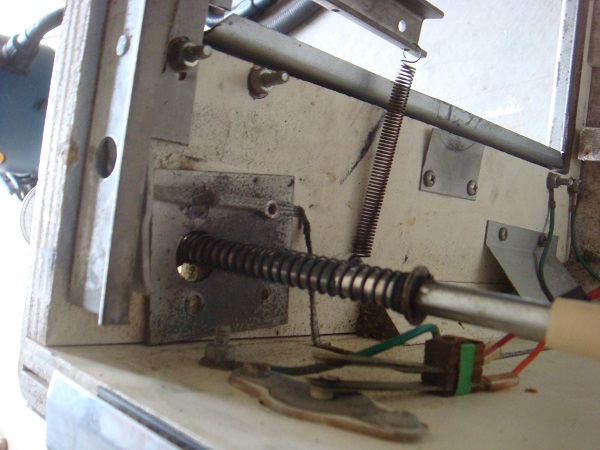 With the shooter removed from the machine, I disassembled it. 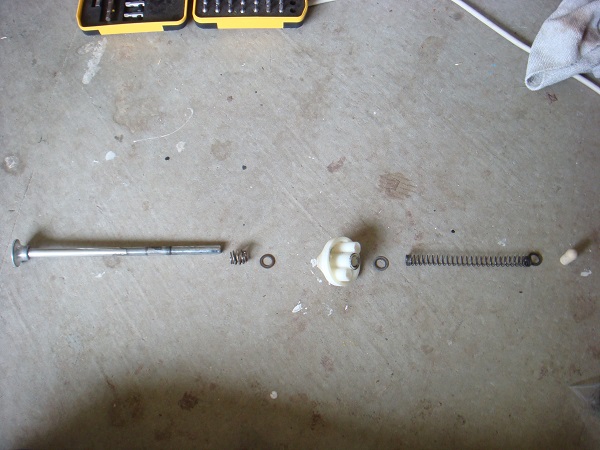 Using a new shaft, springs and beehive, I put everything back together and then screwed back into the machine. It has come up looking great. It’s interesting that a lot of shooter shafts these days are slightly shorter than the original ones. The new one I’ve used is 5mm shorter. The new plunger feels much nicer and the springs make a big difference. 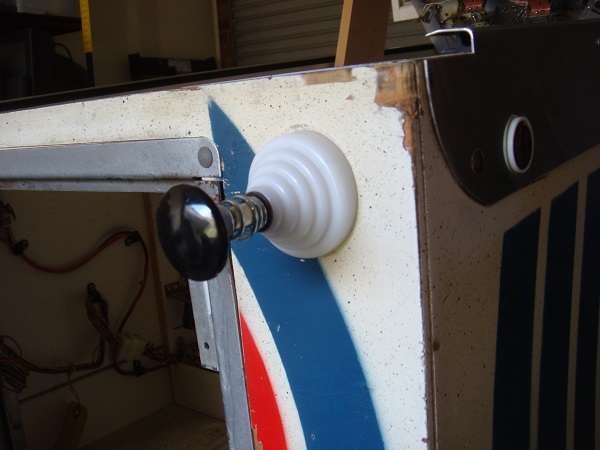 Changing the buttons and plunger was quite a straight forward task – and cheap too. I wouldn’t mind trying to find a slightly longer shaft to match the original, but I’m not too worried about it. The buttons and plunger feel much nicer now and hopefully the flipper rebuild adds even more enjoyment to the game.