First on the hit list tonight was the marquee. The artwork is printed onto the back of a thin piece of acrylic (around 3mm thick). I have placed a second piece (also 3mm) behind it to help protect the artwork itself. Holes were drilled into the brackets, and then into the frame. It has come up looking awesome!

Second on the list tonight was the control panel. With it all assembled, it was time to install it into the cab itself. Firstly, wiring was added for the joystick, player buttons and player start buttons. A few zip ties to tidy it all up will be added. 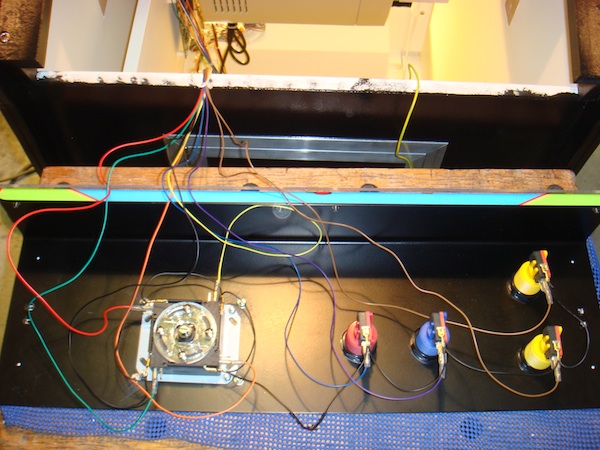 With the wiring complete, I gave it a quick test. I was FINALLY playing Galaga – on my own machine. It’s been a long wait. The control panel felt great, and was very responsive. Very happy with it. Happy it was working, the control panel was installed. 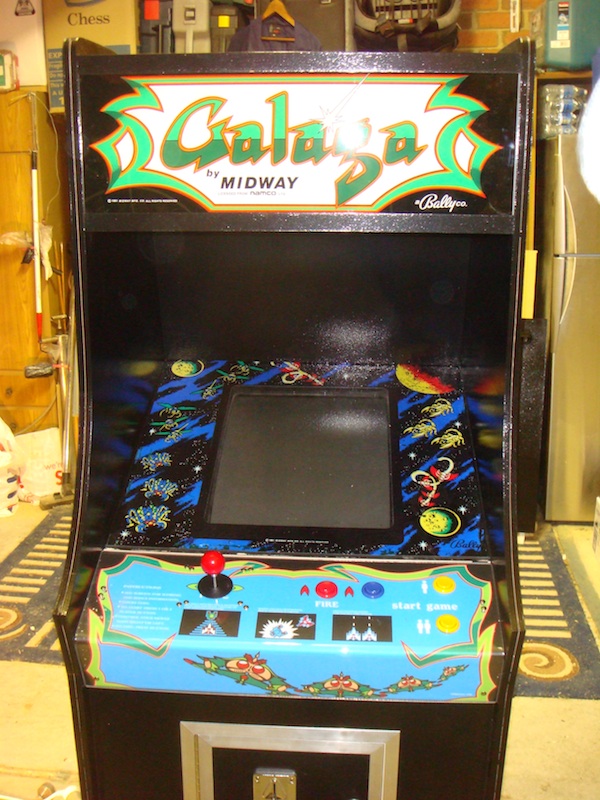 The gap between the control panel and screen will be hidden by some black molding I have set aside. This won’t be added until the monitor brightness is adjusted and the screen is cleaned properly.

I think there are only two more nights of work left, and then it’s done! Tomorrow night will see final tidying of the internal wiring (which was partly done tonight), along with testing the coin mechanism, adjusting the volume and adding the side panel artwork.