After finishing work on Baywatch recently and sending the machine on its way back home to the owner, it was time to advance to the next game in the queue. Only this time it’s not one, but two machines, making this a double repair & service log for The Sopranos. I have to admit – I’ve never watched the show and haven’t really been interested in it. But the game looks like it’s got some fun shots and lots of things to do during play. The owner of these machines will be keeping one (the machine on the right) and the other will be sold once my work on it is complete. Working on two of the same game at the same time makes sense as it saves the owner money in parts postage and also some time as I can do the same task on both machines together. Similar to my other threads, this isn’t a restore, but the game will be pulled apart, cleaned, serviced and rebuilt. Broken and worn parts will be replaced. Missing parts will be sourced where possible and anything interesting will be pointed out. The games arrived to me mostly working, with only a few minor faults to address before I get stuck in to them. They are in reasonably good condition (mainly dirty) – so should come up looking great for the owner once done. 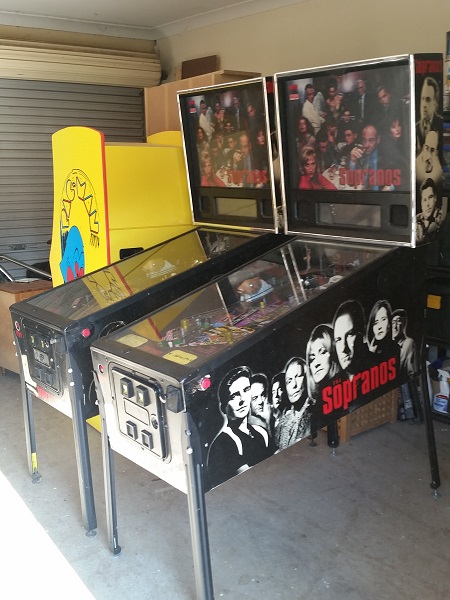