I’ve hit a busy period of the year for me, so progress has slowed some what on Dracula. There is also that new Jurassic Park machine that keeps telling me to play it instead of doing other things 😉 First on my to do list for this update is cleaning the playfield plastics. These pieces are from the middle and top sections of the playfield and have been sitting patiently for the last few weeks waiting to be looked at. Each was cleaned with Nifti first and then finished with Novus 1. 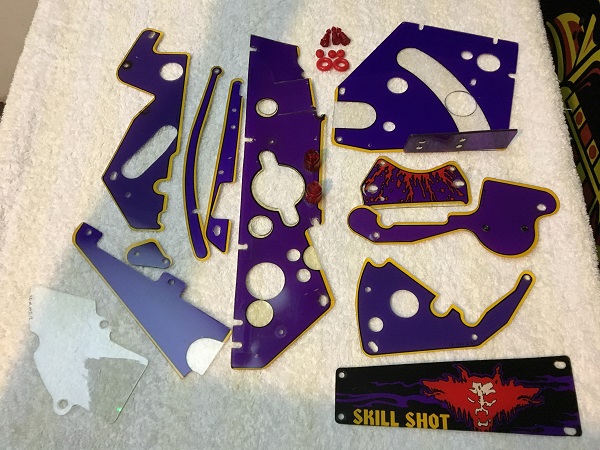 There’s a small plastic piece that sits between the right pop bumper and lift ramp that was broken. A replacement piece was purchased. The art on most of the plastics on this game are dull, but then most are covered by molds and ramps – so it would be wasted anyway. 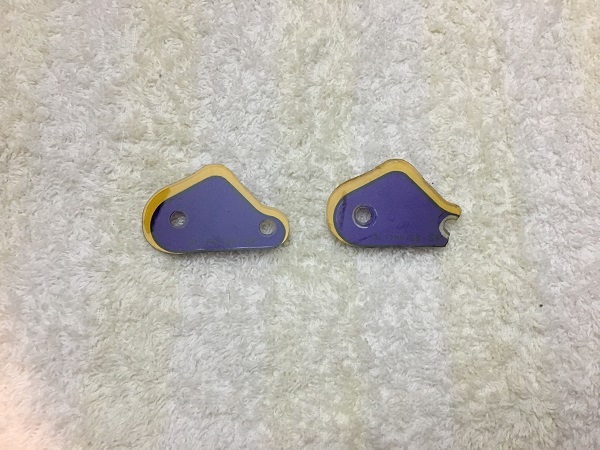 I had been holding off installing the subway ramps under the playfield until all the assemblies were done as they cover a number of the bolts I need access to. But it was now time to get them installed once again. I cleaned the subway ramps up in an earlier update, so they just needed to be installed. There are 3 metal ball catches that feed into the subway ramps which were also cleaned up before installing. 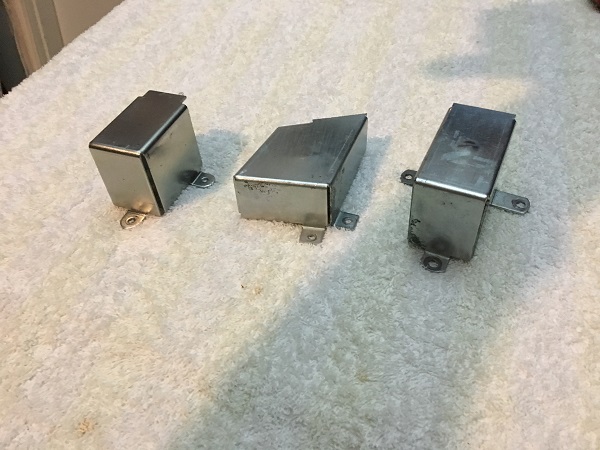 The parts that form the coffin and upper playfield were cleaned next. I’ve been told there is a forum thread somewhere dedicated to discussing how the Dracula toy looks like Jesus. I haven’t been able to track it down, but the thought of it makes me laugh. The tinted coffin lid has some warping due to heat, but it’s not too bad. I wasn’t able to find a replacement, so it will have to stay. 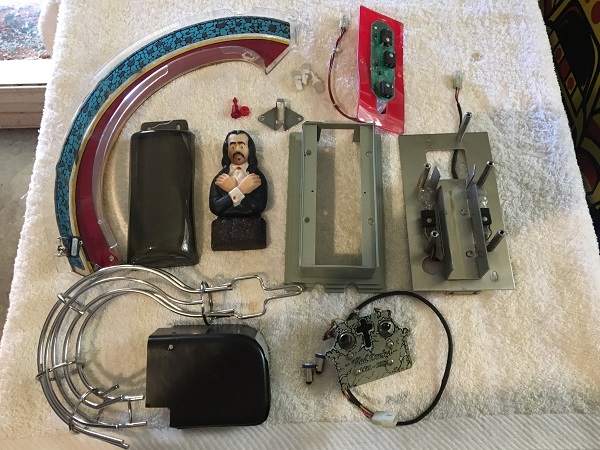 The plastics were all installed, along with the small plastic ramp. Many of the old screws and lock nuts were replaced with new ones. 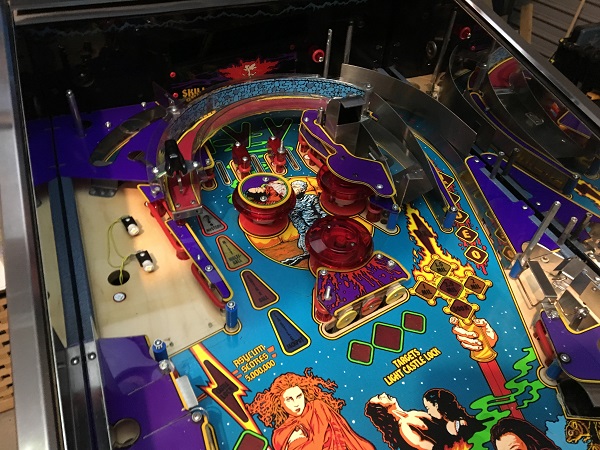 The coffin and metal rail were installed next. 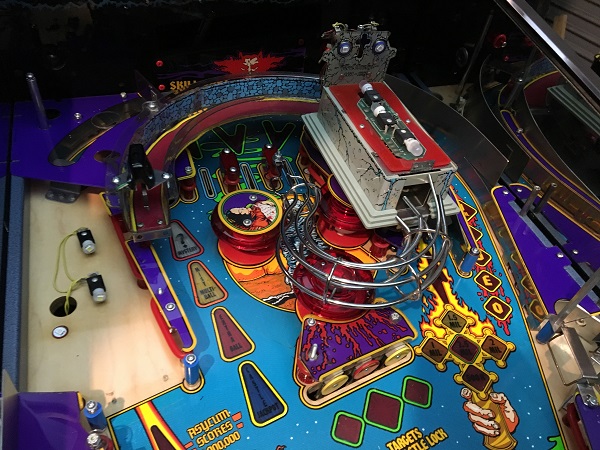 Before advancing, the lights were switched on to ensure everything lit up as it should. It’s a little dark around the upper corners of the playfield and the owner had asked me to add some extra lighting around there to brighten it up a bit – which i’ll do shortly.

So close to the end now. The large ramp and metal rails were cleaned up next. 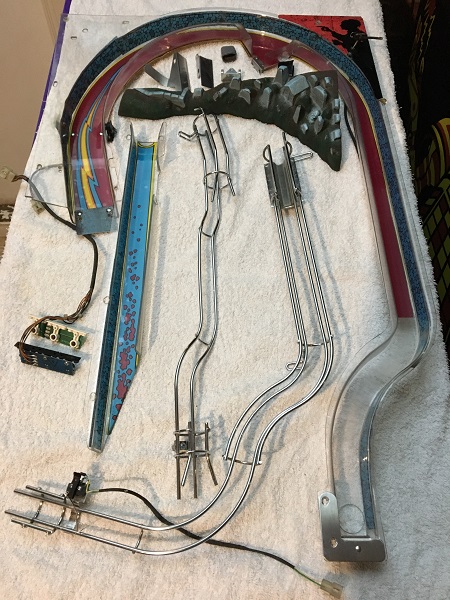 The two molds that decorate the middle section of the playfield were the last parts to be cleaned. 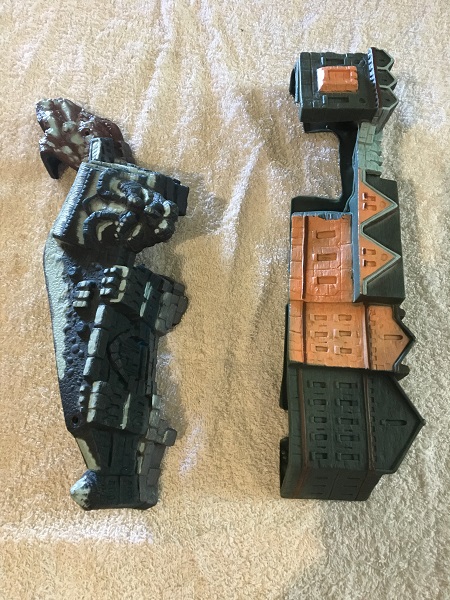 While putting the ramp back onto the playfield, I noticed one of the opto wires was looking stressed and had a break in its shielding. With a gentle tug, the wire broke in two. This was repaired and the ramp installed. 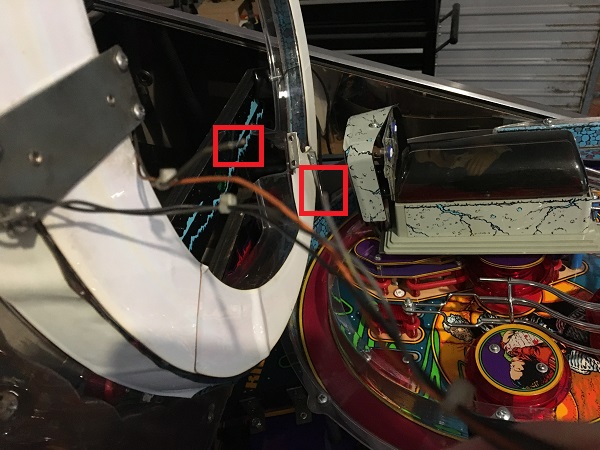 Finally, the playfield was back together! 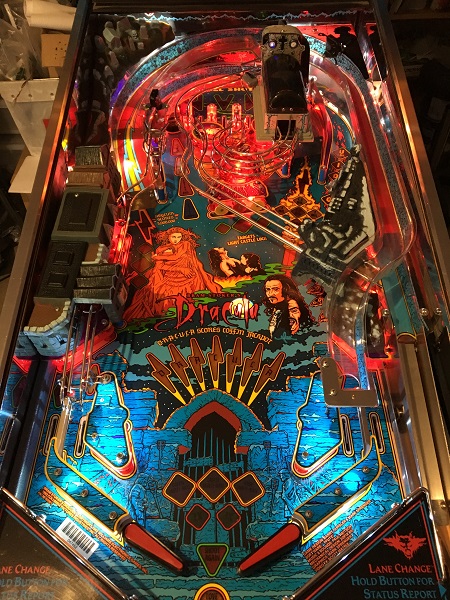 The owner had asked me to light up the top section of the playfield a little as it’s quite dark. I added a small LED strip on each side of the upper playfield to help light the ramp. 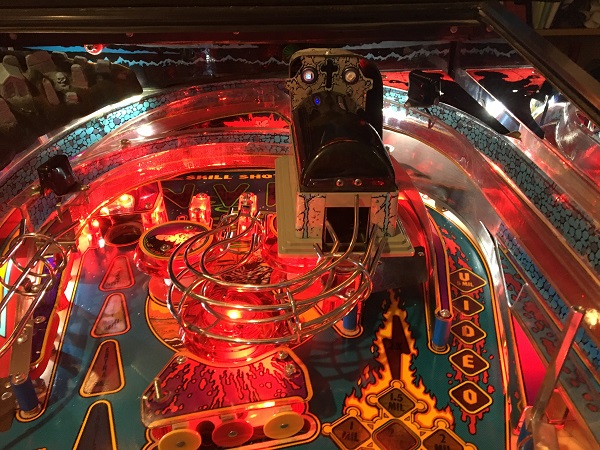 The rear panel of the game was crying out for some attention. While my focus here is primarily cleaning, I felt I could improve it for the owner. 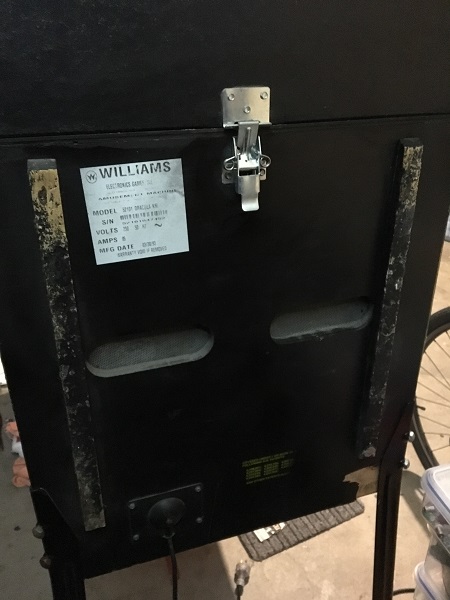 The metal parts from the rear panel were painted next. The power cable cover was done gloss black, while the power box and mesh were done in red. These are things that would be done at a restoration level, but felt I may as well do them now since I was in the area.

I also removed the grill from the rear of the headbox to clean, prime and spray red. 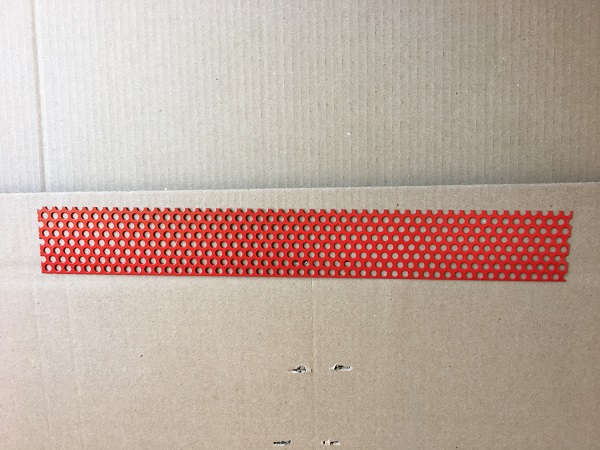 The missing chunk from the rear of the cabinet was patched up and sanded, ready for painting. 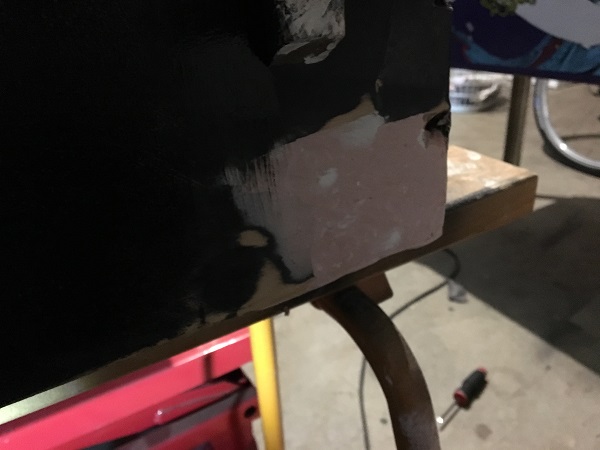 The mesh and power box were installed back into the cabinet. 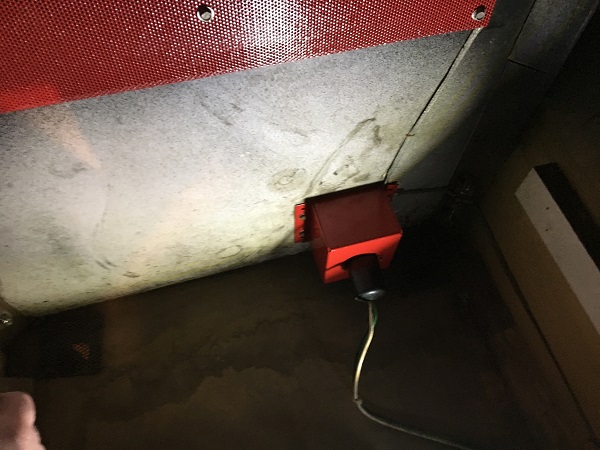 The old leg bolts and leg levellers will be replaced with new ones. I’ve also got some white nylon washers to install between the bolts and legs to prevent damage to the legs. The owner also supplied me with some felt cabinet protectors to sit between the legs and cabinet. I’ll install these too. If you’ve spent time redoing the decals, then I’d avoid the felt and plastic protectors, instead going with the metal brackets. 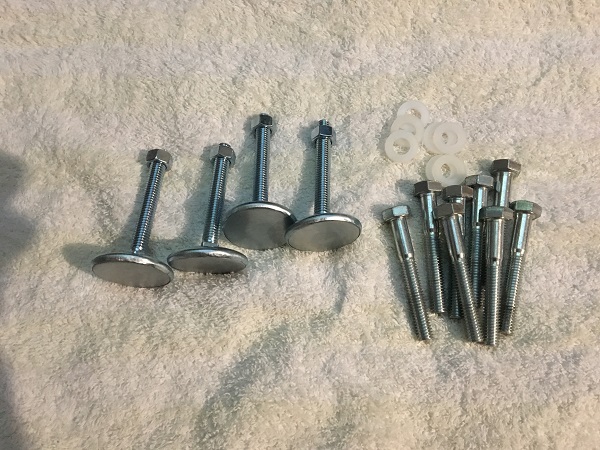 The rear panel was repainted and the damage now gone. 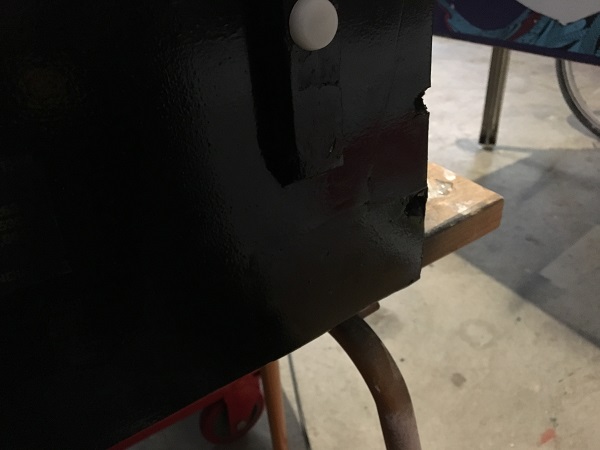 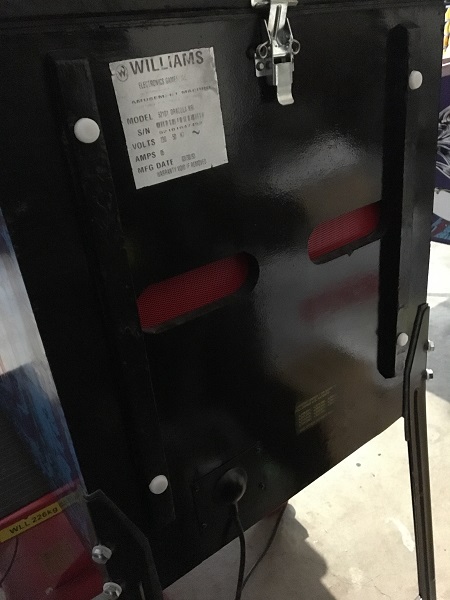 The headbox grill was installed once again too.

The game is now ready for testing and that’s my focus for the next few days. I still need to touch up the black paint around the front of the headbox which I’ll do over the weekend. Beyond that, it should hopefully only be a few tweaks for anything that crops up while testing the game and then it’s ready to go home. Close to the end now 🙂