When my Black Knight arrived, I wondered how long the shield would last before issues kicked in. It’s a part of the machine that takes a real beating during play, so I’d expect it to wear out over time. I didn’t expect to experience issues on the second night of owning the game however. Part way through a game, I noticed the shield was no longer sitting correctly and was now on an angle. 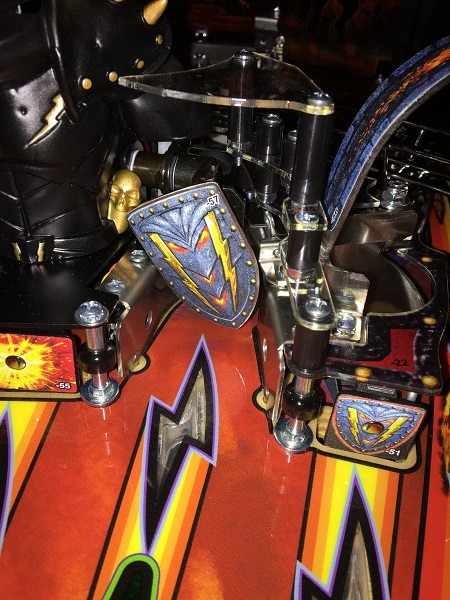 On closer inspection, there are two screws that attach the shield to the knight assembly. The top screw was missing. I also noticed a lock nut missing from a post in the same area. 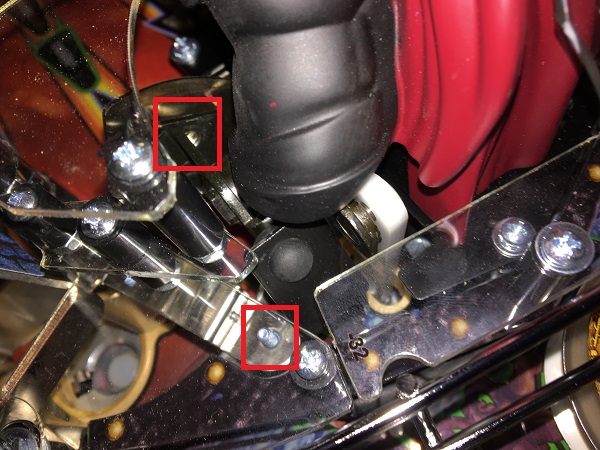 The area is protected with a multi layer clear plastic setup, which can be removed via 2 screws. 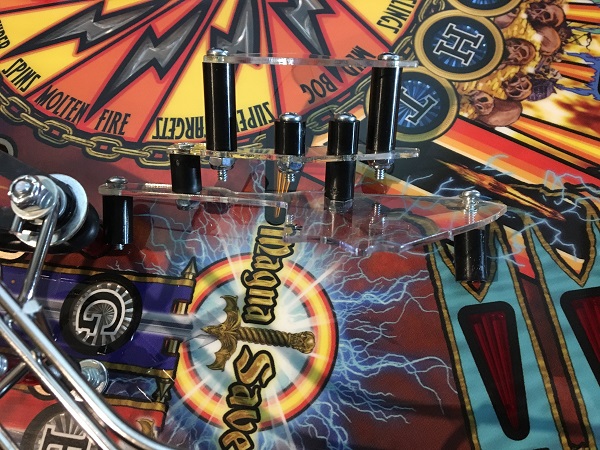 Thankfully the missing screw was in the machine and located close to the shield.

The screw was installed again and the other tightened up. I’m tempted to apply some Locktite to it for added strength. I also replaced the missing lock nut. Looks like Stern need to instruct their assembly staff to apply a few extra turns when screwing parts on to the machine 😉