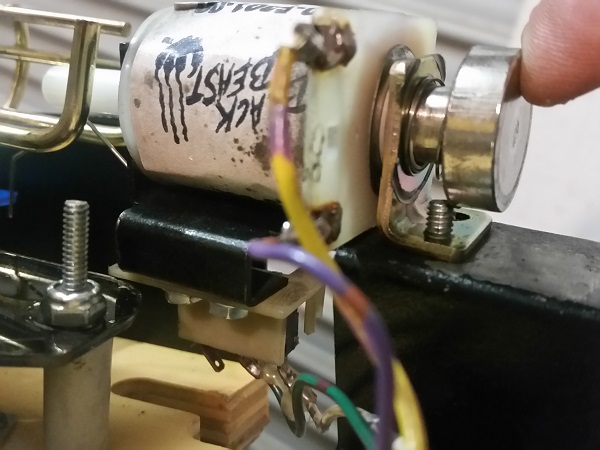 Sure enough, there was the problem. The screws holding the coil bracket in place were wrong. They were too long for this assembly and so the plunger would often catch on them, not allowing it to give the ball the full kicking power (note one screw is missing – that was removed just before taking the photo). To be sure, I double checked the assembly parts in the manual and found they were incorrect. Shorter screws were sourced and installed. The ball launcher was tested again and now gave the ball full force, sending it into play every time without fail.

During testing, I noticed that the stand up target at the top of the playfield (next to the Venice Beach ramp) would move around when hit during play. Lifting the playfield I could see one of the screws that attach it to the frame had broken. 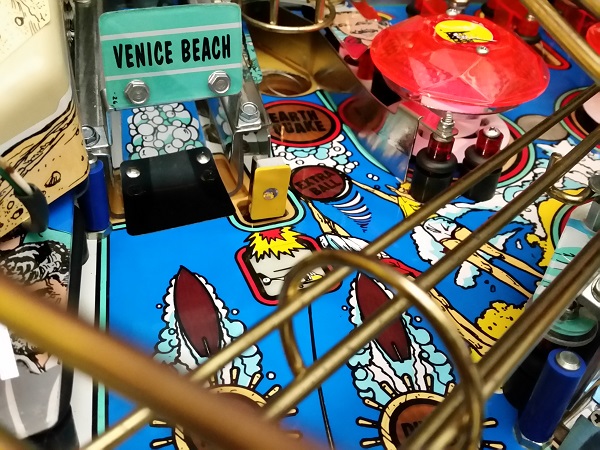 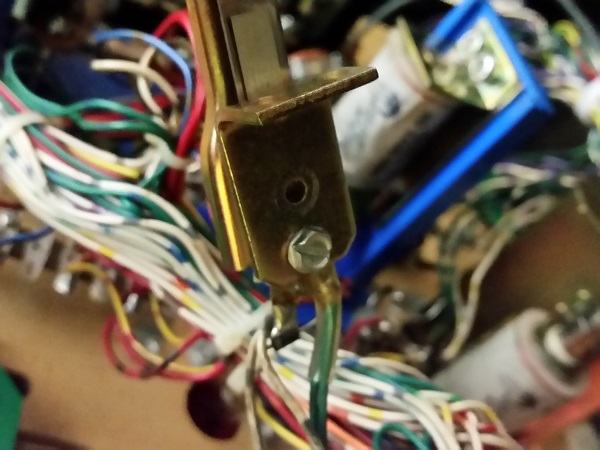 The remaining section of screw was removed from the frame and a new one installed. The target was then screwed back in to place under the playfield and good to go – no more movement.

The return spring brackets for the flipper assemblies arrived and were installed, replacing the existing ones that had a well worn groove in them. This wasn’t a mandatory change, but I could see it becoming an issue pretty soon. I had the same issue on my LAH late last year, where the spring had worn all the way through – so best to replace it now. 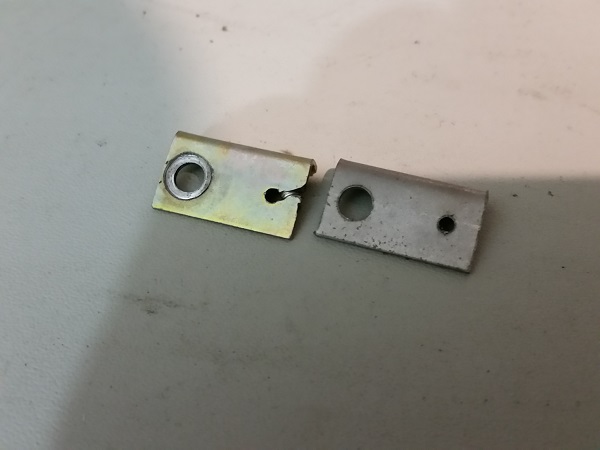 When the owner dropped the machine off, he pointed out some (deliberate?…) damage had been done to one side of the cabinet. Not that it was hard to miss 😉 But anyway, he wanted this repaired. 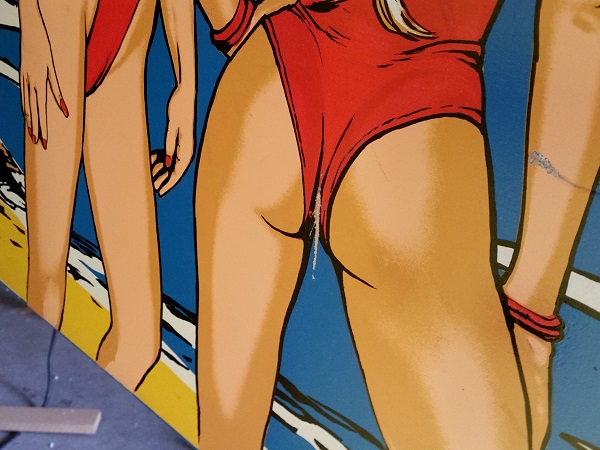 The damage was patched up and painted. 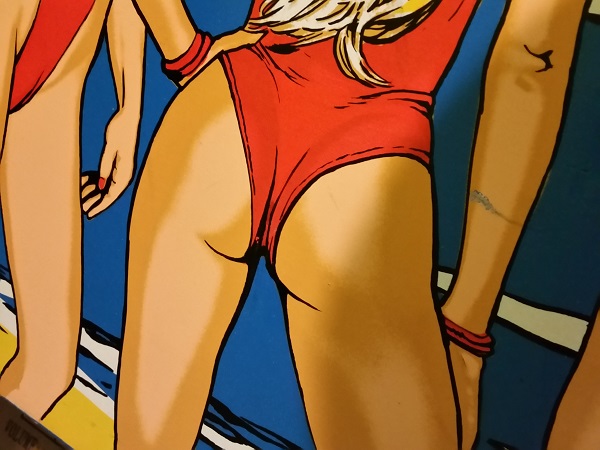 Around the flipper buttons was some damage from hands. 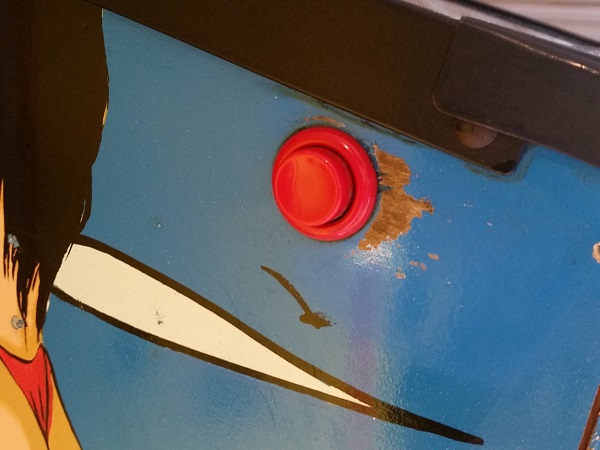 This was also patched up and painted. 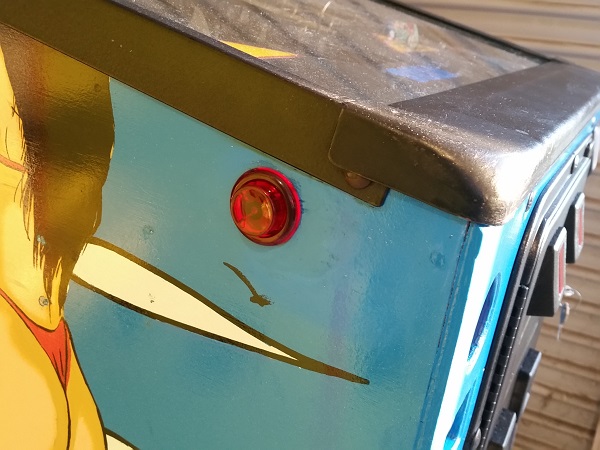 The black sections around the front of the headbox were patched up, sanded and then painted to freshen them up. A split section at the top left of the headbox was glued and clamped for several days days before being patched up and painted. 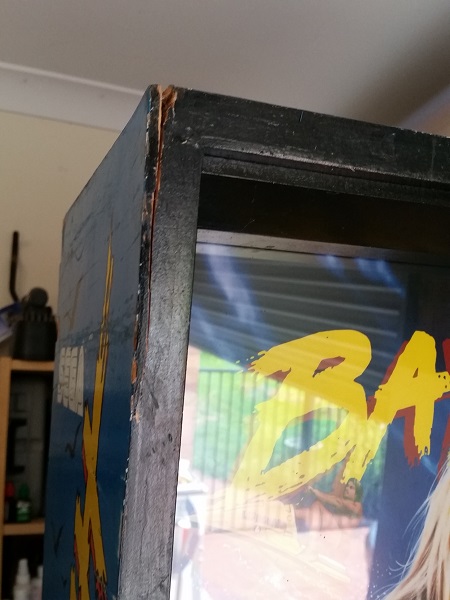 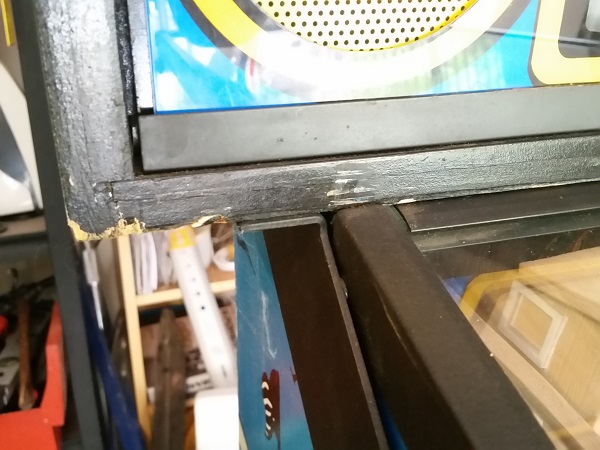 A nice gloss black left the front and inner faces of the headbox looking great again. 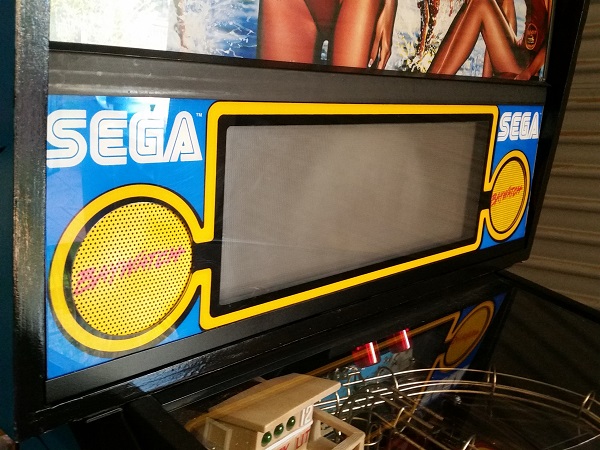 The lock plate and display frame were also given a freshening up too. 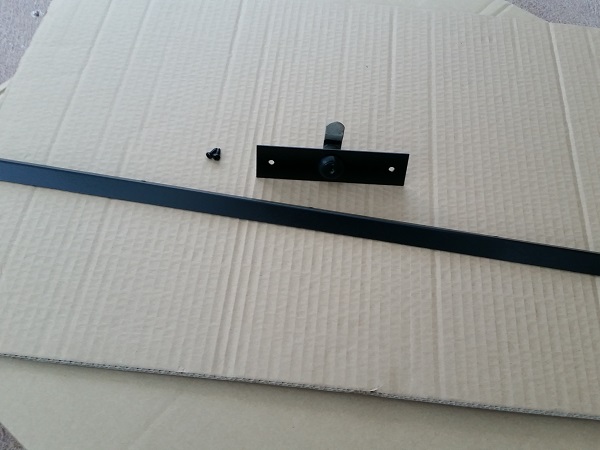 A number of games were put into the machine over the space of a week, which resulted in a few adjustments to the rails to help improve the skill shots. Other than that, the game ran smoothly and presented no further issues. The owner dropped by, played a few games and then loaded it up to take home. When collecting the machine, the owner pointed out a few things he liked that I had actually not gone to the trouble of mentioning in this thread, which was awesome to hear as sometimes I wonder if the little improvements ever get noticed – it seems they do and it makes the worthwhile! Baywatch – despite the theme – is an incredibly fun machine to play and well worth checking out if you haven’t already. Working on it was a lot of fun. No time for resting though, another 2 machines are now sitting ready for me service – so keep an eye out for a new repair and service log series soon 🙂