Getting everything back onto the playfield is one of my favorite parts of the pinball service as you see all the cleaning effort really come together. In this update, I want to get all the playfield parts cleaned up and installed back onto the machine so I can begin testing it. First up, several rails had been set aside for cleaning.

The metal rails were cleaned up and then installed. A number of the black posts were replaced with either blue, red or clear transparent ones – depending on how visible they are on the playfield to the player. Any black plastic posts that are hidden behind plastics or ramps were cleaned up and installed. New rubber was installed to each. The owner again asked for black. I did however go with blue post sleeves for the 4 posts.

Next up are the plastics. The only broken piece is one that sits above the drop target bank. This is a common broken piece on these machines and it will be replaced. The others will all be fine after a clean.

It’s common for filth to build up on the underside of the plastics too. There is some build up here, but it’s not too bad and won’t take much to clean off. 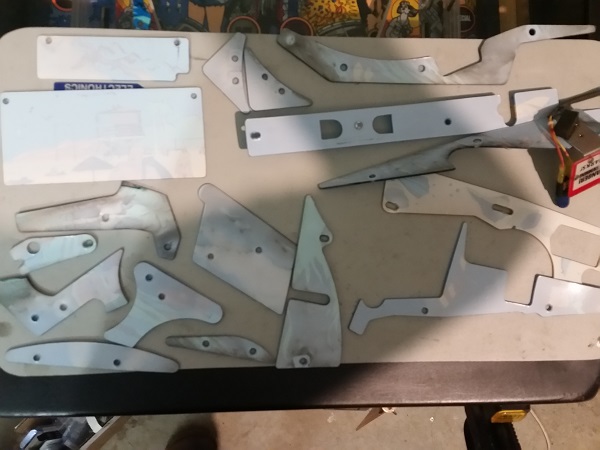 Both sides of the plastic pieces were cleaned up and the top side polished with Novus. The plastics were now ready to be installed when the time comes.

Before installing the plastics, there were two pieces that needed a bit more attention. Once piece in particular had become quite warped over time. It sits just to the right of the tower ramp. Another small piece could also do with some flattening. 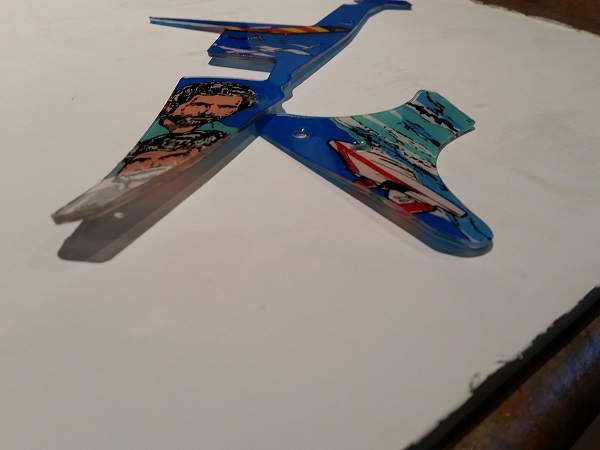 Both pieces were heated up and then flattened to remove the warping. 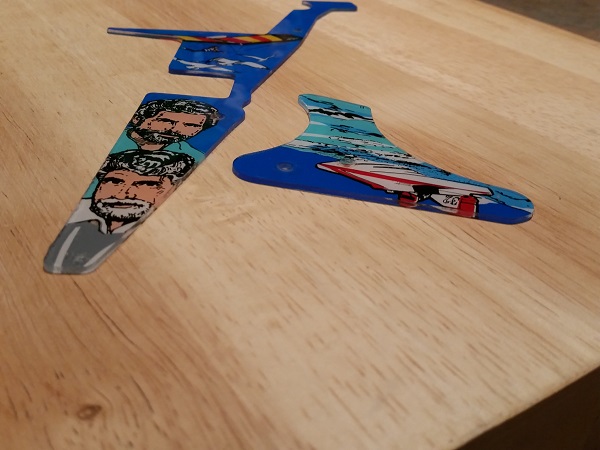 Now to get a few more ramps cleaned up. First up was the small clear ramp that carries the ball around behind the tower. 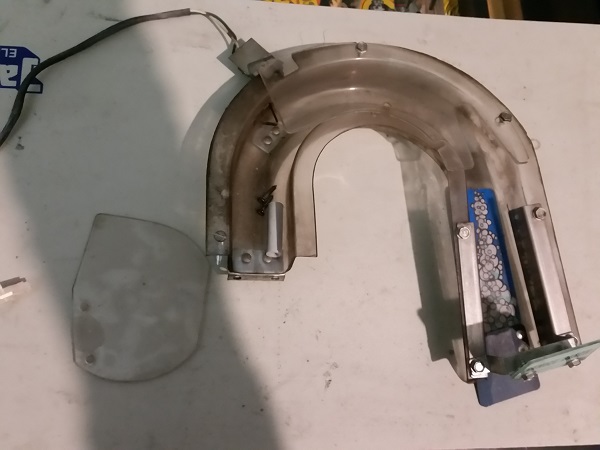 The ramp was disassembled and each piece cleaned. After cleaning it looks great. 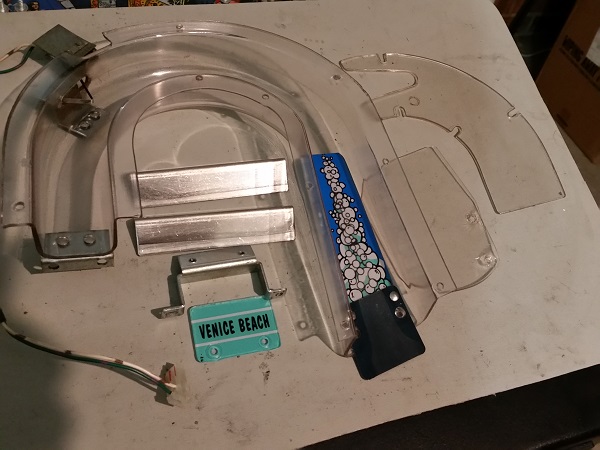 Next ramp up for cleaning is the tower ramp. This one has a small assembly to open the ramp when ball lock is available. 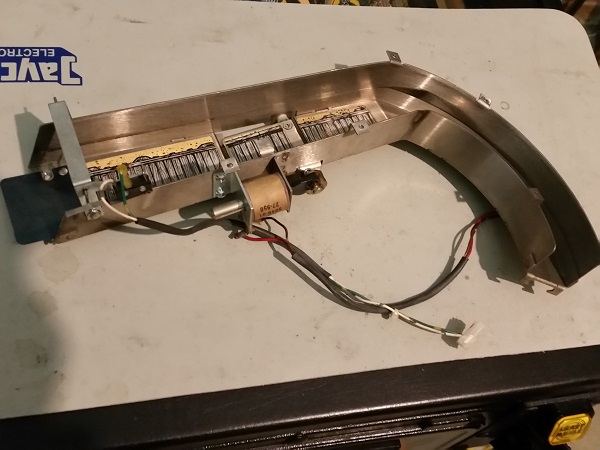 It was disassembled and cleaned. 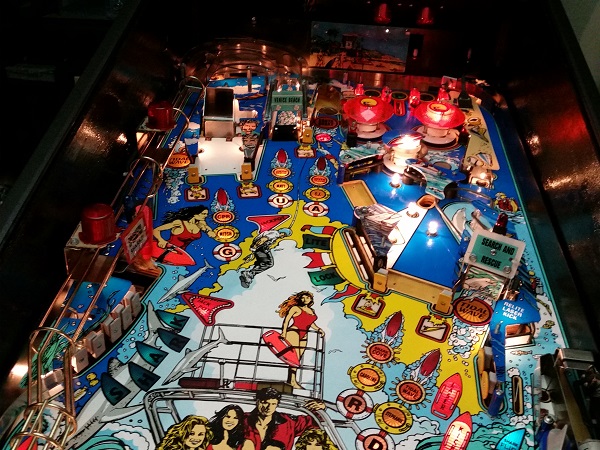 Next part up for cleaning is the large clear ramp. This one isn’t as dirty as I had expected it to be. 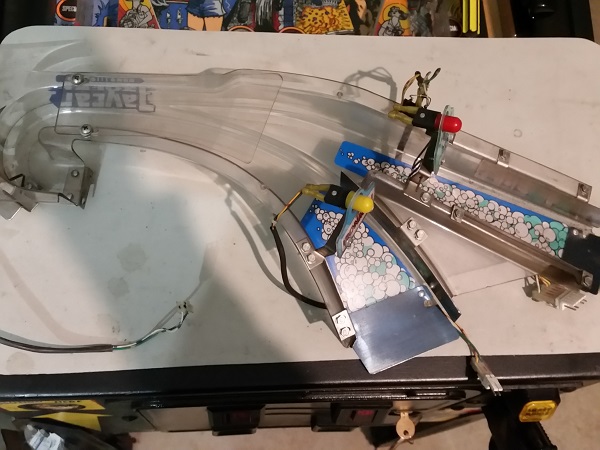 Just like the other ramp, it was disassembled and all parts cleaned up. While the ramp had not been too dirty, the difference a clean makes is obvious. The condom covered globes were replaced with tinted globes. 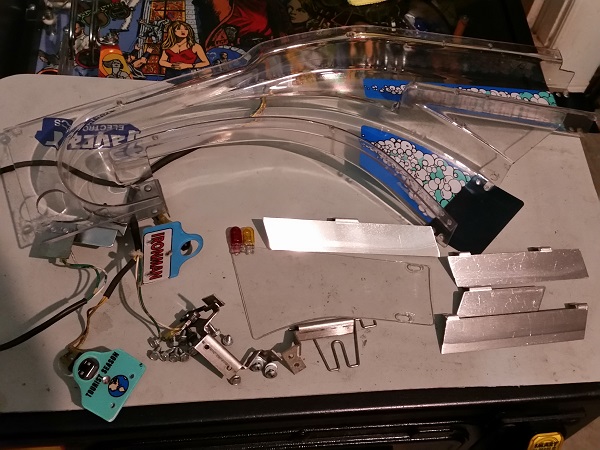 While I had been working away on the playfield, I noticed a small hole in the playfield near the pop bumpers. After some quick googling, I found that a post should exist here, but had disappeared at some point in this machines life. 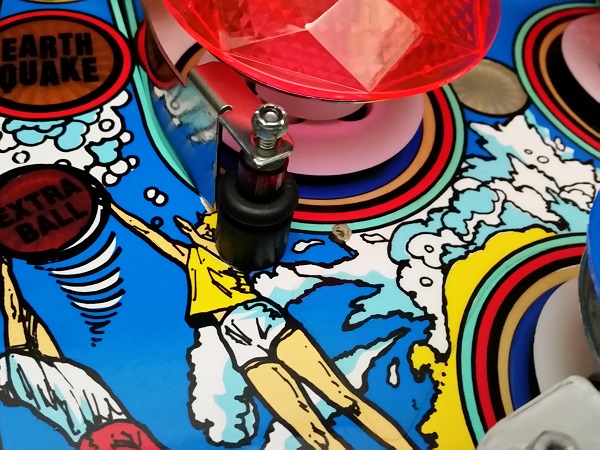 A new post was installed to get it back to how it should be. 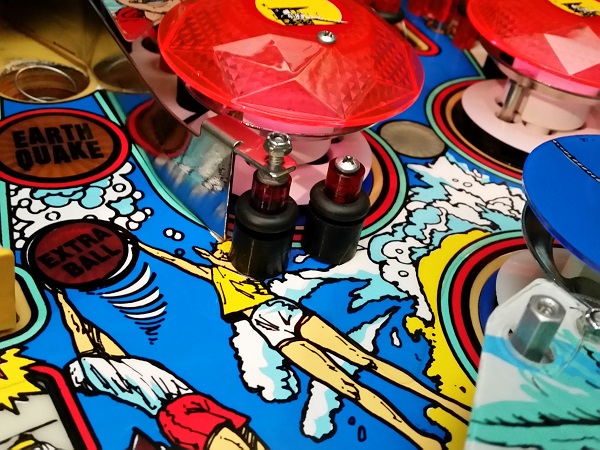 The large ramp was installed back onto the playfield.

The tower ramp was also installed. Piece by piece the playfield was now coming back together again. 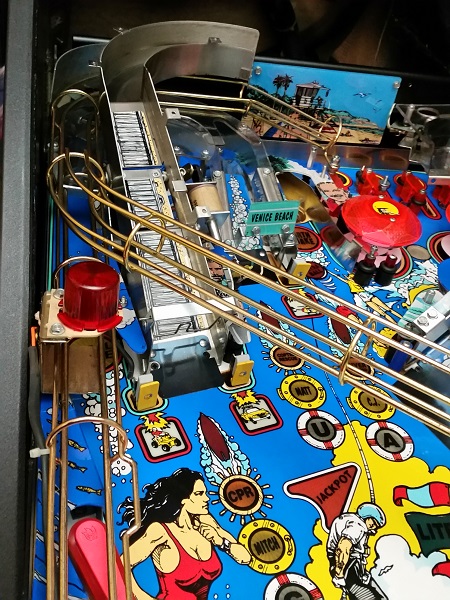 The remaining pieces and rails went back on, until finally complete. The playfield was lifted and the IDC plugs all connected back together again. The machine was then switched on too see how nicely it looked lit up now cleaned. 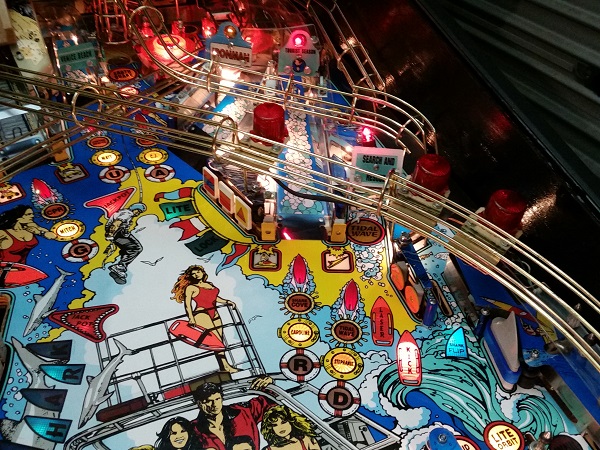 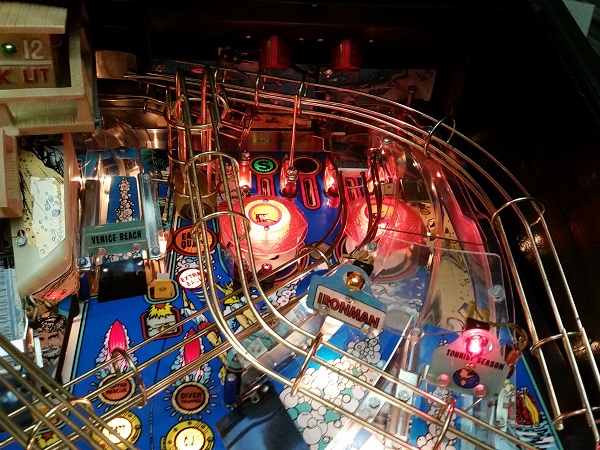 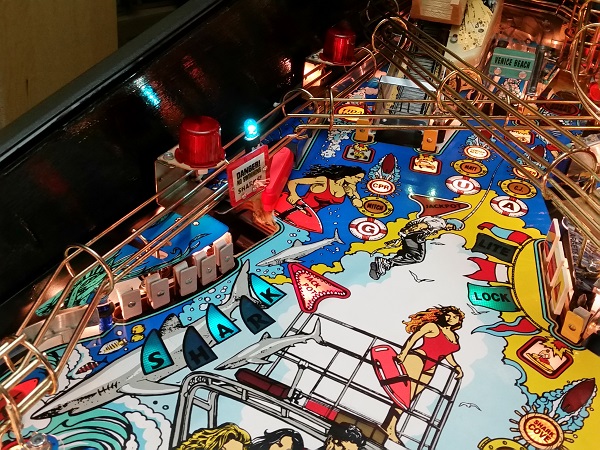 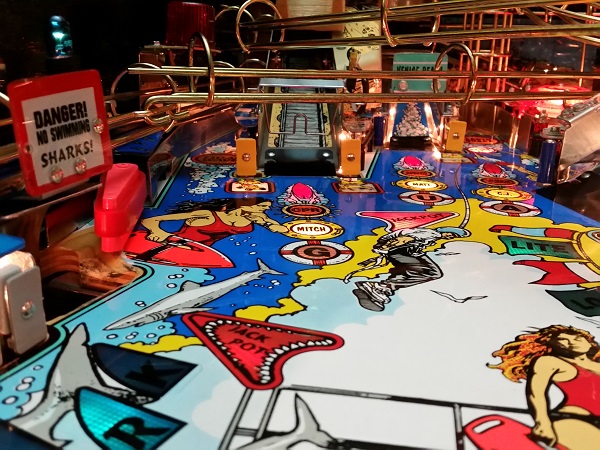 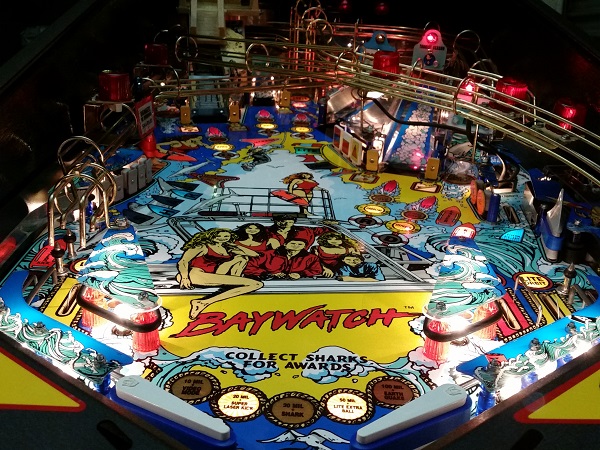 So that’s the playfield back together and now ready for testing. I will first run through the lamp, switch and coil test modes again to ensure everything still fires or registers as it should. From there I need to test how a few of the coils perform, primarily the ones around serving the ball, launching the ball and the kick back which were all noted to have issues before I started work. I’m feeling confident on the ball serve since I had done some testing on it before pulling the playfield down, but the auto launch and kick back will need a good test. There are still a few cabinet related things I also need to do. Not quite there yet, but getting a lot closer to being done 🙂 The game has really cleaned up nicely – now to see how well it plays.