Since the playfield swap, Pinbot has been running really well and been a joy to play. Recently though, an error appeared when the machine was switched on. The game detected there were errors with 3 of the switches, and reported them during the start up sequence. They are reported as “switch adjust” errors and the knocker fires off 4 – 5 times for each one. It’s an obnoxious sound, and certainly gets your attention that there is an error. The game reported that there was an error with switches 35, 36 and 37. 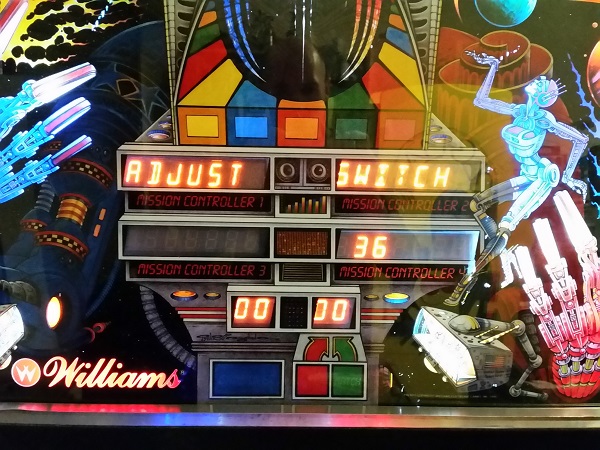 A quick look at the manual showed these three switches appear on the stand up target bank that is located next to the pop bumpers. 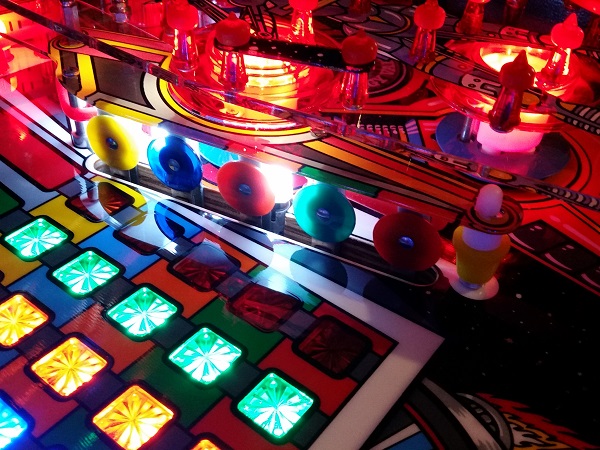 Given that three of these targets were reporting an error, I was pretty sure what the problem would be. I put the game into switch test mode and pressed each of the 5 targets on the bank. The lower 3 targets did not response with a closed switch. I lifted the playfield up and could immediately see the issue. The 5 targets on the bank share the common wire, as it’s daisy chained along to each target. The wire was broken between the second and third target, leaving the lower three targets with no ground. 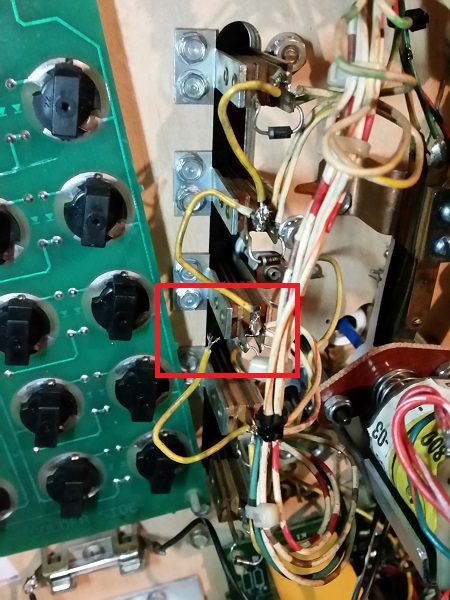 The game was switched off and the soldering iron fired up. The wire soldered back into the place and the game restarted. The error no longer appeared and the 3 switches now closed correctly when in switch test mode. A simple fix in the end. Something interesting to note was during play (before the fix) was the chest matrix would be over half filled once hit – which was the game compensating for broken targets.