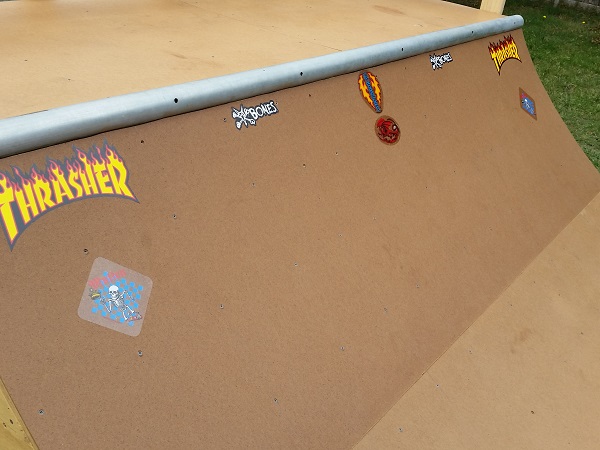 I want to source some rollerblading brand decals for the other transition, but have not found any locally yet. There is a shop not far from here (Bayside Blades) who I’ve been in contact with and are keen to help after I told them about my project. Time to get the hand rails sorted out and declare the project complete.

I had no plans for the hand rails, oo spent some time with paper, pen and the measuring tape. Trying out different ideas, I had a rough plan for what I wanted. The main reason for them is to prevent people flying off each end and also offer support for anyone standing up at either end. When I was out at a few of my local parks, I made a note of how high their railings were around the ramps and which one’s felt the best with the intent of using these as a reference.

Once I had a design down on paper and wood requirements planned, I made a trip to Bunnings to source what was required. I set to work and some hours later, had the rails built and installed. 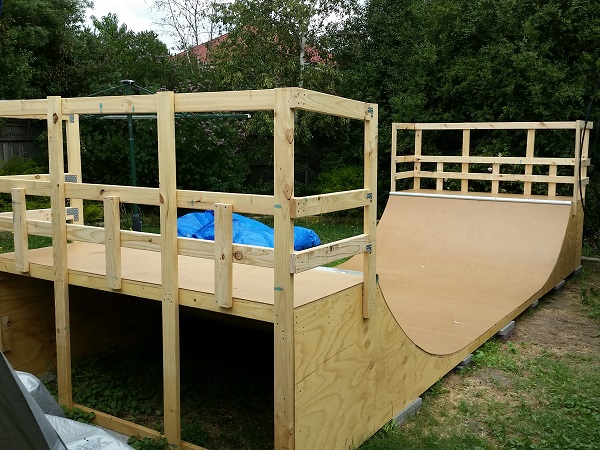 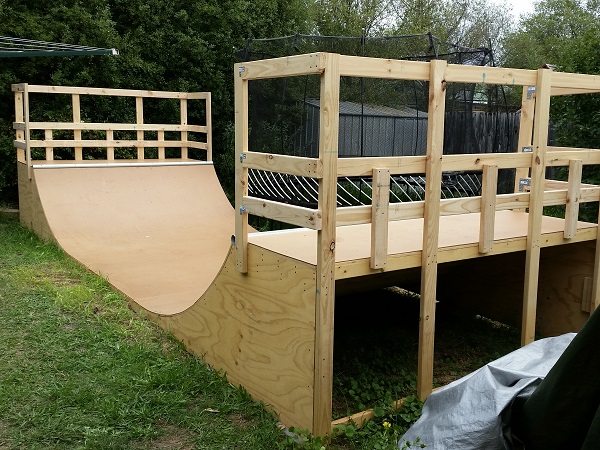 With that, the ramp is now complete. It’s been an awesome experience working on it and look forward to riding it for many years to come. Overall it was an expensive project and roughly twice what I was wanting to spend, but I’m glad to have done it Right the first time. You can buy ramps like this, but the cost is anywhere from 2x to 4x depending on what you want – so if you can do it yourself, it’s well worth it. I still want to get some rollerblading decals for the other end, but not letting that get in the way of it being complete. I had a small session on it this afternoon – it felt good. Really good. I need to go wax those rails a bit though.