My work on servicing Counterforce is now coming to an end. It’s great news because now I can actually play and enjoy it! This project has gone quite quickly compared to my others (just over 2 months in length). First task for this update was to clean the legs up a bit. They are old and have some rust, but I’ve certainly seen worse. I have a two options I can consider. First is to clean them up and the second is to clear off the rust as much as possible and spray them. I guess a third option is buy a new set – but these legs are still good and I think a clean will do. New legs on a machine with faded and scratched cabinet art won’t look right anyway. Each leg was placed onto my work horse to have the rust cleaned up. This was done mostly with a wire brush attachment for my drill. 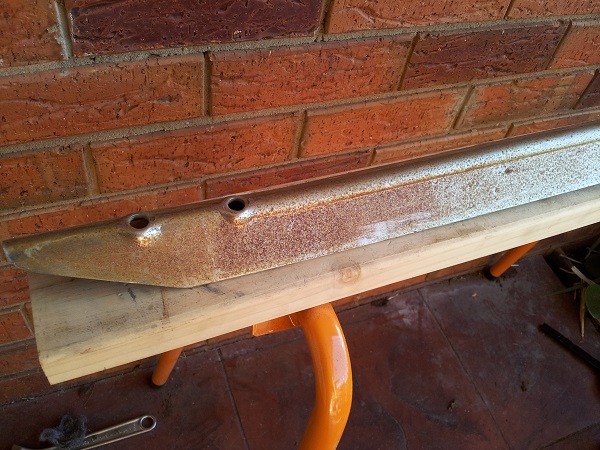 After going over the legs with the wire brush attachment, I then used steel wool to finish the surfaces off. At that point the legs were cleaned, wiped down and then ready to use. The legs were then installed onto the machine. The best two were picked for the front and the others on the rear. The bolts were in really good condition, so didn’t need a clean. The leg levelers were also cleaned up with some steel wool and a wipe down. 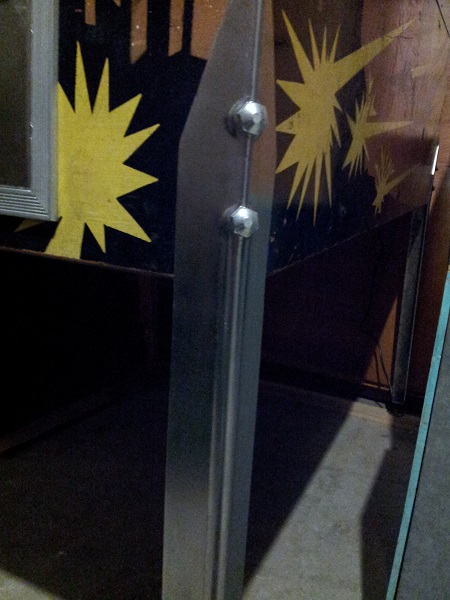 With the legs installed and the rear levelers adjusted to give a nice slope on the playfield, the machine was ready to actually put through some testing. The cabinet and side rails were given a wipe down as was the playfield glass. 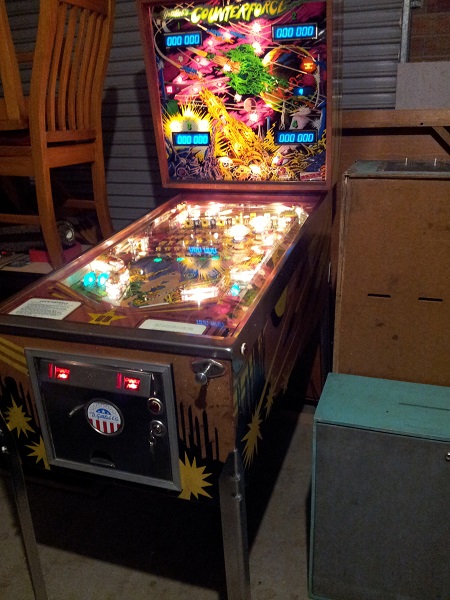 One thing that had been lost during the battery swap were the score levels for awarding replays. I entered these into the setup to match the instruction card I had placed on the apron. I also added a lower replay score level not mentioned on the card that would be easier for the kids to achieve as it gives them a thrill to earn enough points for the reward. The machine was restarted and was given a brand new Silverjet ball to begin it’s new life with. Alright – lights off – time to play! 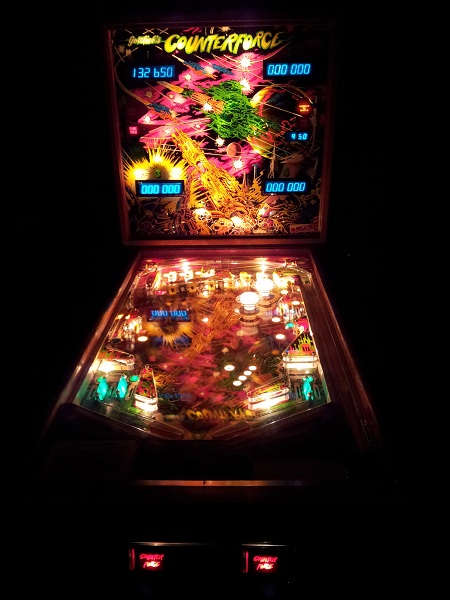 Over the next few days I put a number of games into the machine. This highlighted a few switches that required small adjustments and they were given some attention. Rules wise, the machine held together well. One minor issue that came up was the right ball gate (sits just above the shooter lane where the ball enters the playfield). The large plastic piece across the top was positioned too close to it, so the gate flap would hit the plastic every time the ball passed through it. This would affect softer pulls on the shooter rod as the gate flap hitting the plastic was restricting the flow of the ball. This was easy to adjust as there is some room to move it around before tightening the screws. With the adjustment made, the gate flap could now move freely. 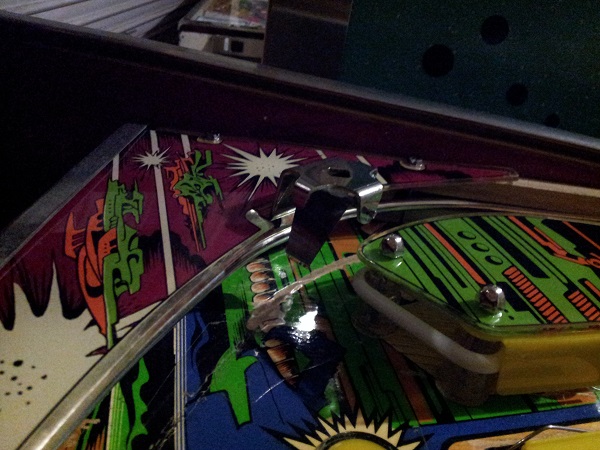 After a few days of testing and the minor issues (switches and gate position) fixed, I was happy with how the game held together and so consider it project complete. If any bigger issues show up, i’ll make a follow up post detailing them and their solution. For now though, I’m enjoying playing a wide body machine and taking out those missiles before they hit my bases.

As a project, working on Counterforce has been very interesting and like my other pinball projects – fun. Getting some experience with a Gottlieb SS has been valuable and offered a solid insight to the System 80 platform. I will happily work on one again if the opportunity arises. Although the playfield was damaged in the past, the machine itself is still solid and having had its service, should run strong for a long time to come. It’s also cleaned up really well, so isn’t an eyesore. At the start of the project I set myself a budget – I overspent on this by roughly $110AUD. This was made up of underestimating on the cost of the two flipper kits, replacing more parts than I had originally intended (Pop bumper bodies, caps, green and yellow lane posts) and also splitting parts orders across months (additional shipping costs). I also swapped out 20 of the 40 odd clear star posts with new ones, which also was not planned and added to the cost of the project. Taking away the extra I spent on presentation, I only went over budget by about $50. I’m pretty happy with that.