Fireball Classic – Looking at the spinner

I had put off looking at the spinner, but decided today I’d pull it out of the play field and take a look. It was running a little loud, so figured a clean and some grease should be all it needed.

From the photo too you can see where I’ve started trying to match the orange paint around the spinner to tidy it up a bit. The colour on the left is getting pretty close, while the colour at the bottom is a little light. Once it’s done, I doubt many people will notice. 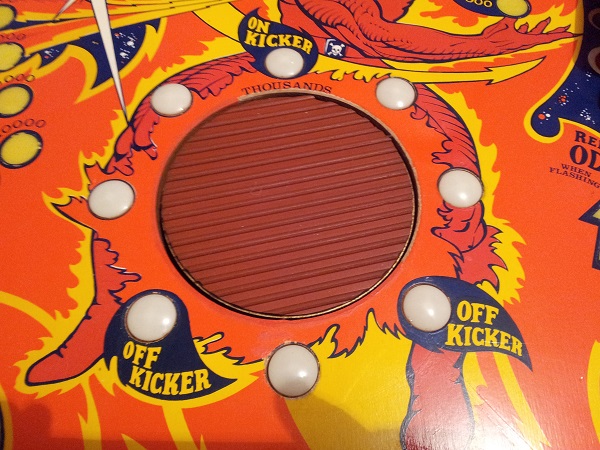 Under the play field, the spinner is attached to a motor and a large frame. It’s pretty easy to remove – just 4 screws. 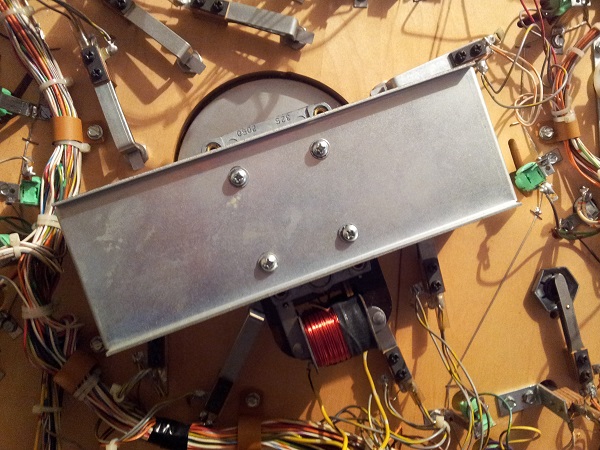 I removed the spinner from the play field and had a closer look. As expected, a lot of dirt and crap had collected around the motor and gears over time. The spinner works fine in game, but it runs a little loud. I wanted to clean away as much of the dirt as possible and then give it some fresh grease. 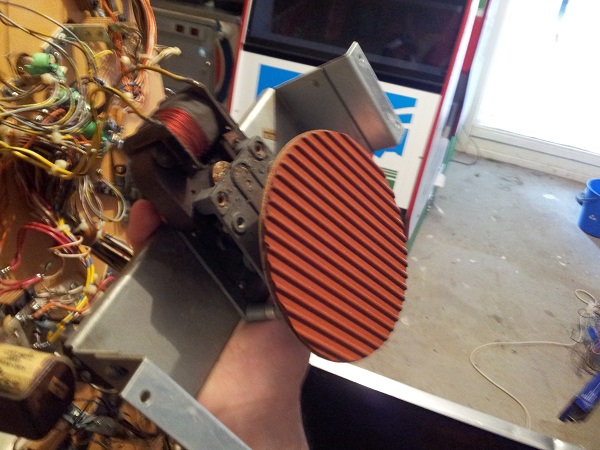 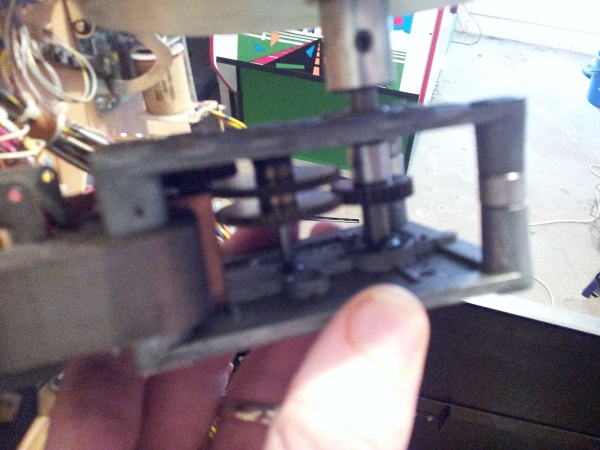 Having the spinner lower than the play field also has an effect on the ball trajectory as it transitions to and from the spinner. I need to look into how to best loosen the spinner plate and come back.

The clean and fresh grease helped a lot and the spinner now runs much smoother. I wouldn’t mind trying to track down some replacement rubber to sit on top of the spinner. It has aged and so does not have the same effect as intended when released. Not sure on my chances of finding some suitable though.

One comment on “Fireball Classic – Looking at the spinner”