It’s been a busy 2 weeks on the cocktail cab. First up was a pair of control panels – for player 1 and 2. Note the strip of white t molding at the front of the control panel also (the picture doesn’t really show it) – keeping in line with the upright cab version. Also – yes – the orange jump button is missing – I’m currently sourcing two.

I’m pretty happy with how it looks. There is a second one (not shown) which is an exact copy of this one – maybe a little better in some ways as I trimed the holes for the buttons / joystick better on the second one.

The outside of the cab has been given 4 coats of paint, along with black paint on the inner facing side panels. The grills have also been painted black. Legs added to the sides, and tmolding added too. Now it’s actually starting to look good 🙂 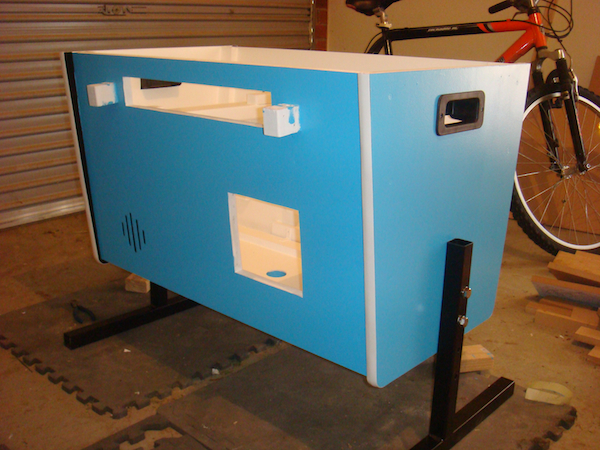 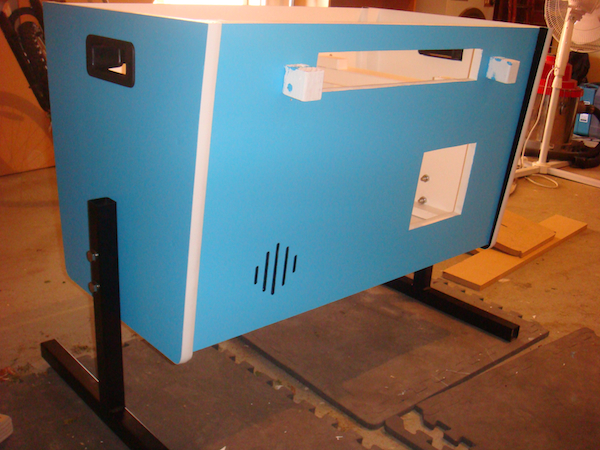 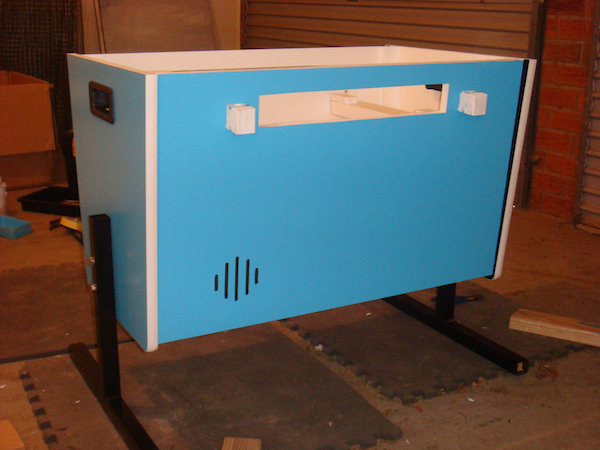 There are a few small patches on the paint that need patching up, but that’s not a big deal. This week I hope to get the coin door installed, along with the coin catcher and some of the power wiring hooked up.