We have power … and some new photos

Some good progress was made tonight. The big milestone. The cab has power! (and nothing blew up!). But first up, the screen has been installed. The monitor has been moved into it’s final position, and the acrylic overlay and artwork can now sit on top. A cross bar (bit of pine) sits at the base and has been cut to put some pressure against the base of the acrylic. The control panel will sit on the other side, and the join will be hidden with some black t molding I have. 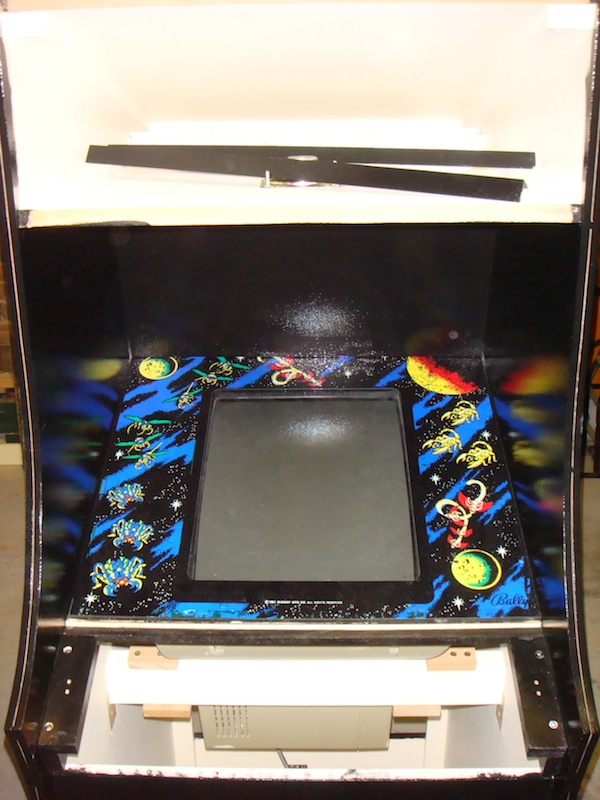 With the monitor in place, the screw holes were filled and sanded back. I was then able to get a first coat on both side panels. Finally. It’s starting to look more like a completed cab. I have heaps of paint left. I purchased a 2L can, and will have more then enough to finish two more coats on the sides and touch up and bits in the end. 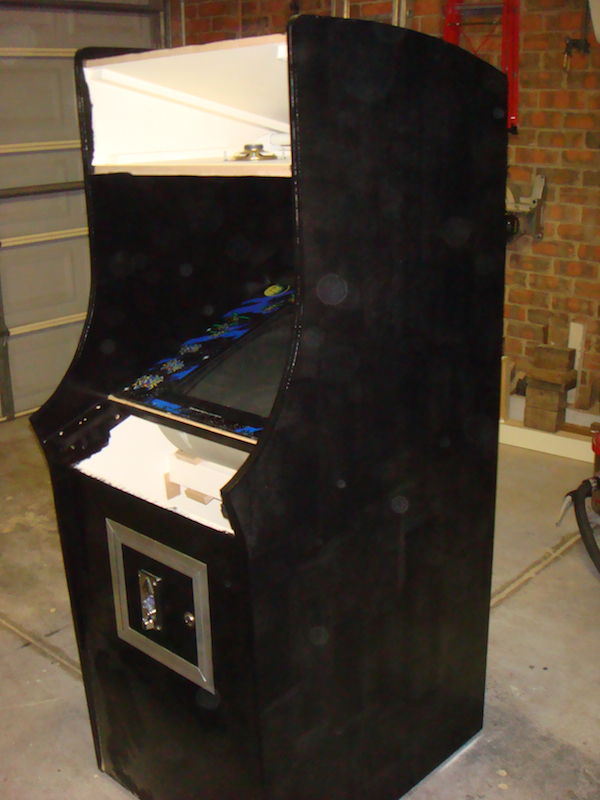 While the paint was drying, I then set to work on getting power into the cabinet. A few weeks back I did most of the soldering, and crimping. In fact everything was done, except put it into the cab. I held off until all drilling and cutting was complete so I could vacuum up all dust and dirt before getting the thing powered up. There is an EMI filter and varister between the switch and powerboard. 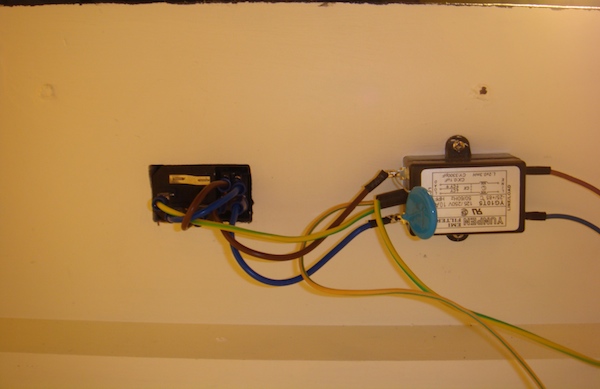 I used a power point tester to ensure I had wired it all up correctly in each of the ports on the power board (two lights = good). I decided to use a powerboard as it was a simple way to support power to the marquee light, switcher, and anything else I add in the future. It’s not the traditional approach, but It has worked well I think. I will also add that there is a wooden box that sits over the live wiring at the back (not pictured). This has been installed to ensure hands can’t accidentally touch live wires. 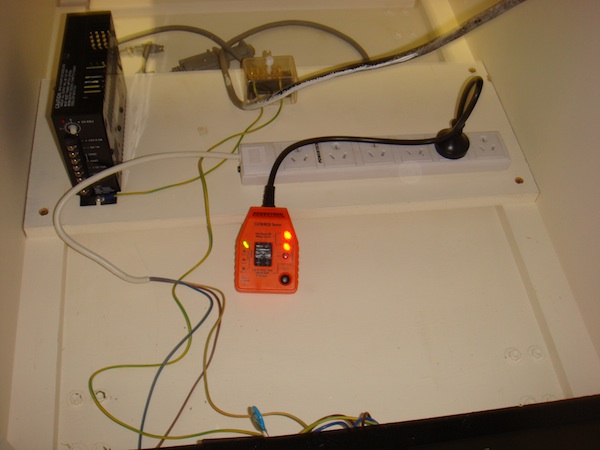 To finish the night off, the artwork was applied to the control panel. The edges have been pegged and will sit that was for 24 hours to ensure it all sticks. It was easier than I had expected once it was lined up correctly. I will have a photo of this in the next update.

So, really happy with tonight’s progress. Next up will be Monday night – a second coat to the sides, control panel complete with buttons and joystick, JAMMA harness added and some touch up paint on the outside where needed.