Following on from my previous update, it’s now time to get everything else back onto the playfield. The plastics are being cleaned and polished as I go. I started out with the sling shots and then began moving up the playfield. As part of the first pass I also reinstalled some of the clean plastic pieces towards the top of the playfield, along with the plastic around the bonus kicker. All new rubber is going on, along with new white star posts. 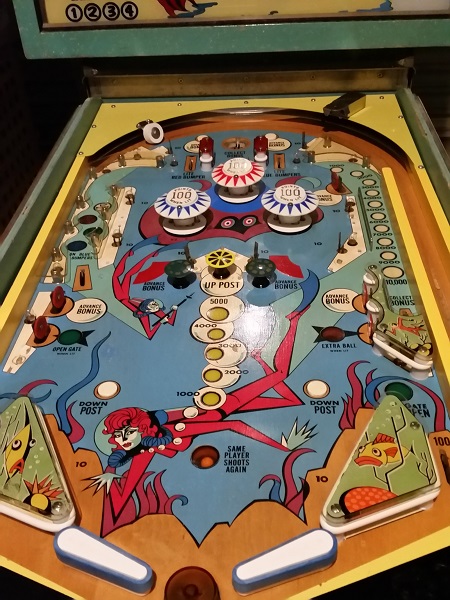 More star posts were added with fresh rubber and the switch blades for targets were adjusted along the way. Some received a bump or two from me as I went about cleaning the playfield, so an adjustment got them back into a nice, responsive position. Some were also now closed due to fresh rubber being installed, so the switch adjusted to ensure it was open by default.

The last of the new star posts and rubber were installed, along with the remaining plastic pieces. Lit up, it looks great. I’m glad to took the time to repaint the wooden rails on the playfield as it helps lift the presentation, especially under light. It’s a shame there are no globes in the small section in the middle (with the 3 mushroom bumpers). The area feels a little dull as a result. I still want to replace the caps on the mushroom bumpers, but that can be done at any time in the future, it’s not urgent. 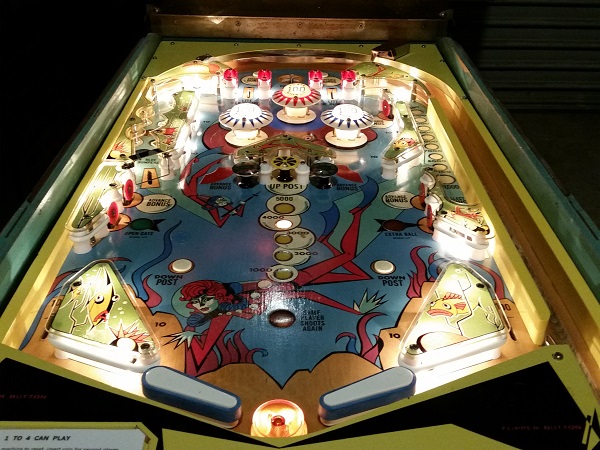 One small change I made while putting the playfield back together again, was to replace the solid red lane guards at the top. These were replaced with transparent red, which I think looks a little nicer. I had planned to try transparent blue, but couldn’t source any of the single sided ones. 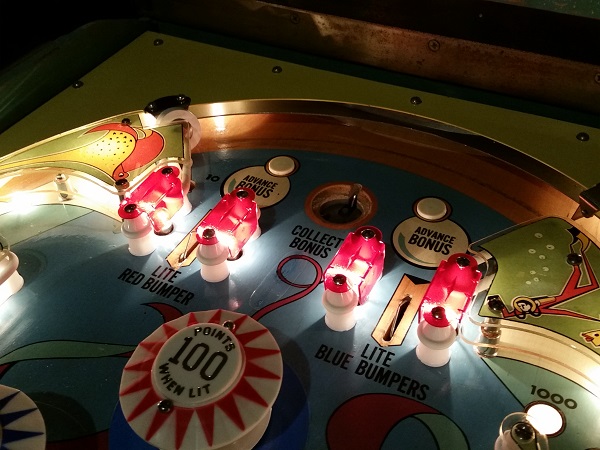 My next task will be to replace all the globes behind the backglass and also sort out the missing lamp shrouds.