My first go at play field touch up.

Just below the base of the ramp at the top of the play field, a spot had worn away completely (across orange, yellow and some blue). There was also some marking along the orange flame a little further down which required some attention. 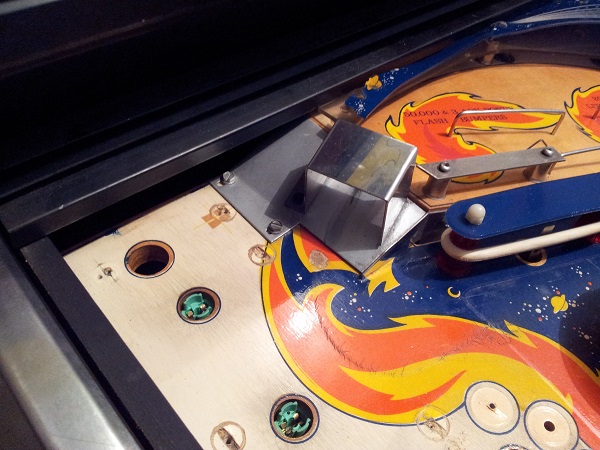 After some touch up, it looks like new (almost). I also touch up some damage a post had made to the yellow (left of the ramp).

I also experimented with some white around parts of the post areas that had been damaged. Not so much as to improve them (as you can’t see it when the plastics are on) but as practice for some white needed elsewhere.

I decided to cover this up with some laminate to give it protection (not shown – did this after the photo). It’s the only part on the play field that had worn badly (apart from the edges of the fireball spinner), so figure some extra protection won’t harm it.

There is more touch up to do and i’ll post up progress when complete.