A number of things bothered me:
1) The bottom left corner of the game board was physically resting on top of the switcher. This has actually left some marks across the top of the switcher and some discolouration on the side of the pcb.
2) The middle of the PCB is physically resting on top of the fuse switch. Not a big deal but I don’t like the fact the PCB is actually resting on components of the machine.
3) The pcb isn’t sitting properly due to a makeshift foot (see the top right pcb foot), which leaves it on an angle.
4) Loose power cable hanging across the PCB
5) The frame holding the PCB in place is attached to the base of the monitor panel. While the pcb itself doesn’t have much weight (and any it does have is currently resting on the switcher) I want to reposition it so it’s away from the monitor and not in the way of everything. There is no way to access the speakers, coin mech or steering wheel with this set up.

I started by going over my notes and photos I gathered while researching the pole position cockpits. The Atari versions all seem to have the PCB sitting on the back door. This works OK for that model since the back door sits on hinges and simply opens. My model (and I guess the Namco model) has a rear door that is removable. In these cases the PCB appears to sit in a frame that sits on a 45 degree angle. While I was keen try and restore it to the original layout, I didn’t feel this would solve the access issue since the angled frame would still block access to everything behind it. Since I wanted to solve the coin mech issue, I decided to remove the PCB and frame and begin to formulate a plan for how I would reassemble it. 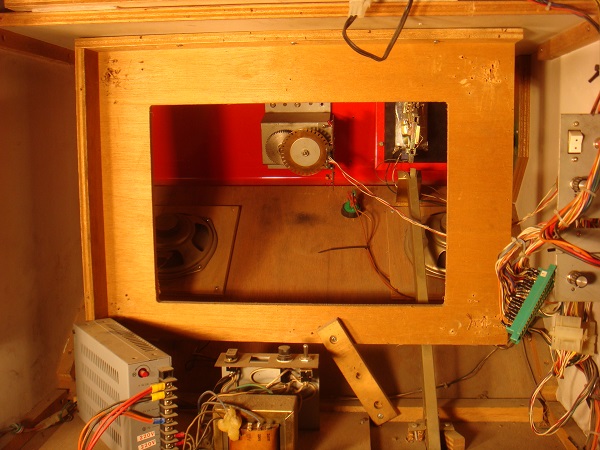 With the pcb removed from the frame, I could begin to access the rest of the machine. Its obvious the frame was hacked into place with the dodgy looking “support” at its base. Lots of screw holes around the corners tells me it’s been used a fair bit.

The PCB has feet attached to both sides which is handy as I can flip it around. I decided to remove the long legs on the second side. One of the feet was hacked together and another one was completely broken. Using these was certainly putting the stability of the board at risk. 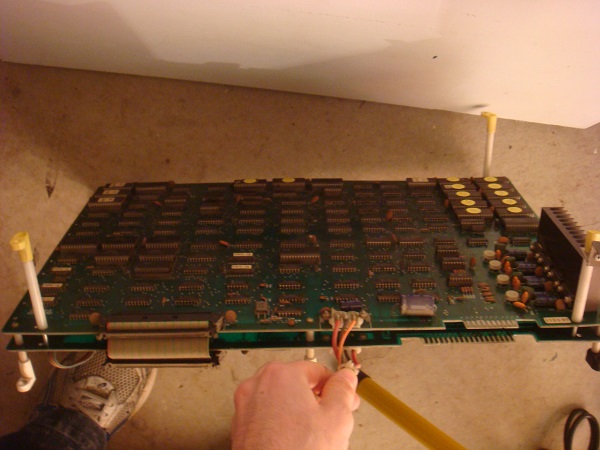 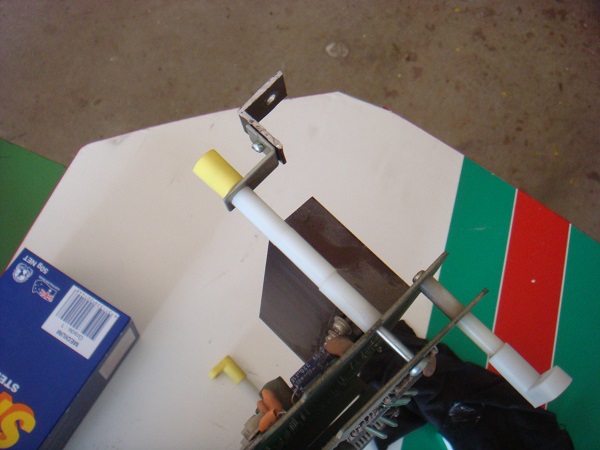 I decided to reorient the PCB frame to have the PCB laying flat. This opens up space around the board, giving me access to both speakers, the power supply, wiring and a much better view on the wheel and coin mech components. I also took the time to reposition the switcher, fuse, etc to help open the back of the machine up. 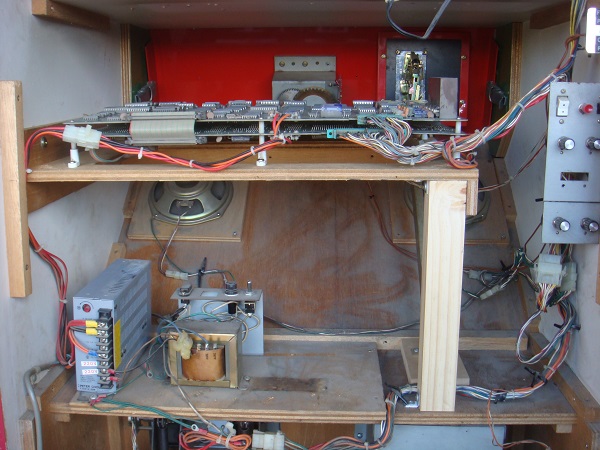 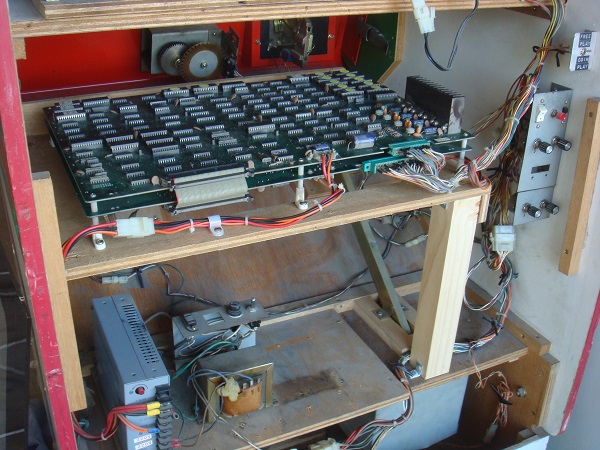 I still need to give the panels a really good clean to try and get rid of that dust. I’d also like to attack the clump of wiring on the right side of the machine. Low priority tasks though, so will leave those for another time.