One of the first things I decided to tackle was giving the shifter a service. The shifter is a basic high / low – 2 position shifter. It works (at least 95% of the time), but could certainly do with a clean and re lubricating. There are a few cases where it doesn’t shift into high gear correctly, but I suspect this will be corrected with the service. To make sure, I’ll replace any mircoswitches too.

The first thing to do was split the cockpit into two parts. The base is held together with two metal plates (one on either side) and 4 bolts. The tread on the bolts has just about worn thin from age, so using an Allen key will be required. For those that are interested, you can use an 8mm or 5/16″. The plates are in decent condition, but do require a bit of a clean. I will make some time to do that before putting it back together.

The top of the cockpit is held together with 3 bolts that sit on the inside. I removed these second, but in future, I will be removing the top bolts first to make life a little easier. This is due to the downward pressure applied at the join once the two base plates are removed. Another option would be to put some support under both sides as the plates and bolts are removed – which is probably an even better method for next time. 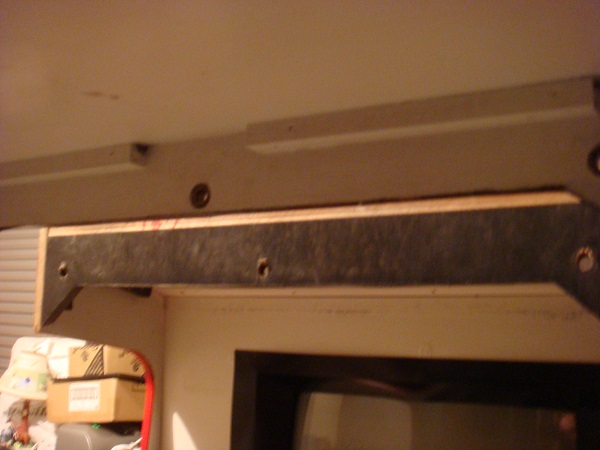 With all bolts removed I gently split the cockpit into two. The shifter and speakers are connected to the front by 3 molex plugs. Thankfully these were already numbered, making it easy to reattach. 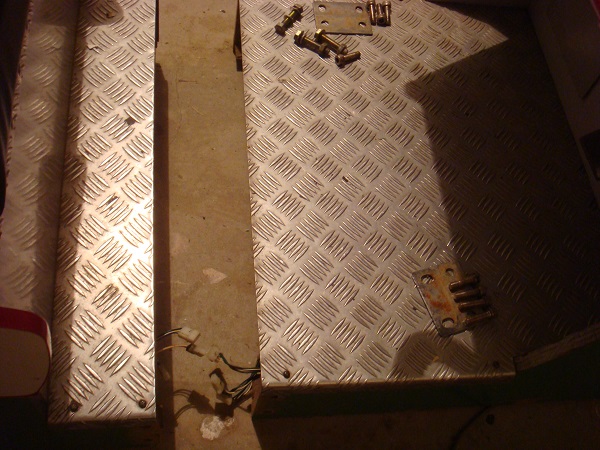 To get the shifter out, I put the back of the cockpit on its side and removed the 4 bolts holding the shifter in place. I also gave it a good vacuum to remove built up spider webs and dust that had been hanging around for god knows how long. 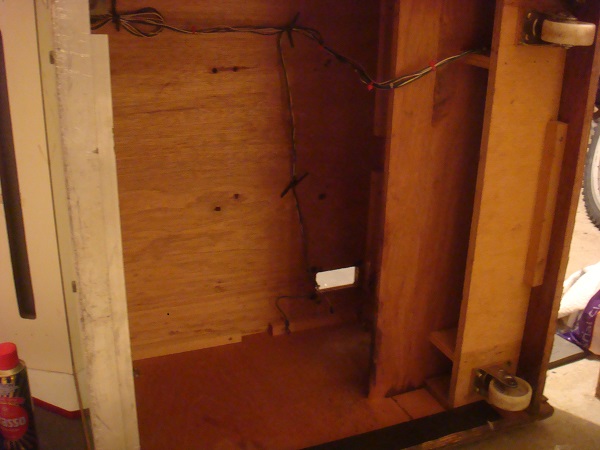 With the bolts removed I pulled the shifter away from the seat. It’s going to need a decent clean. Some rust and plenty of crap build up on it. The wires are soldered to the microswitch, so I desoldered them to allow me to service the shifter itself. I decided to add some quick connects to the wires to make future servicing more friendly. 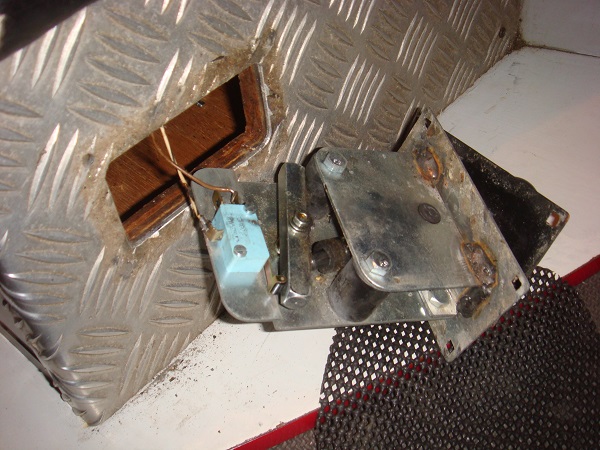 I could already see a large amount of dirt, old grease and crap caked onto the shifter. No wonder it was sticking at times. I pulled the shifter to pieces to allow each part to get a proper clean. There was also some rust build up on parts. 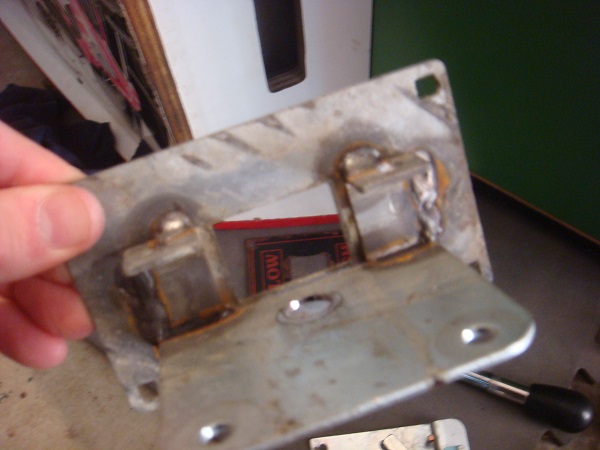 I proceeded to take the shifter apart completely so I could deal with each piece. I purchased a new face plate to replace the existing one. This one was rusting and paint flaking off it. 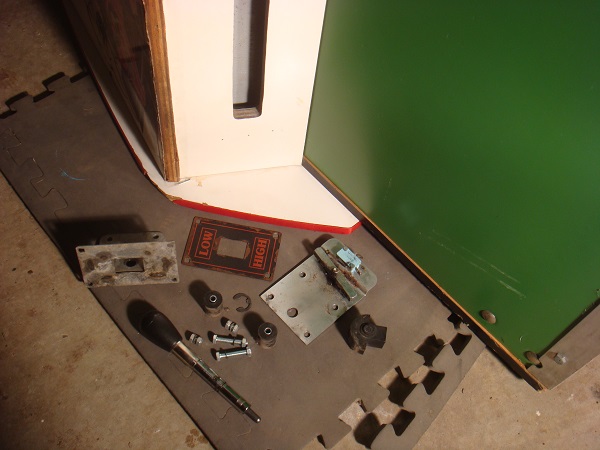 With the shifter in pieces I gave the rust a light sand and cleaned up with alcohol wipes. I used a degreaser to remove the old grease and dirt build up to get it back to a nice fresh state. Once it was clean and dry, I re lubricated the pin at the base of the shaft and reassembled. I also replaced the face place with a brand new one, and the microswitch.

The bolts that hold the shifter in place had become rusted, but with a light sand and some braso they were looking decent again. I could purchase some new bolts and have them look even better, but I’d like to reuse as many pieces as possible.

With the shifter serviced, it was time to get it back into the machine and ready for use. 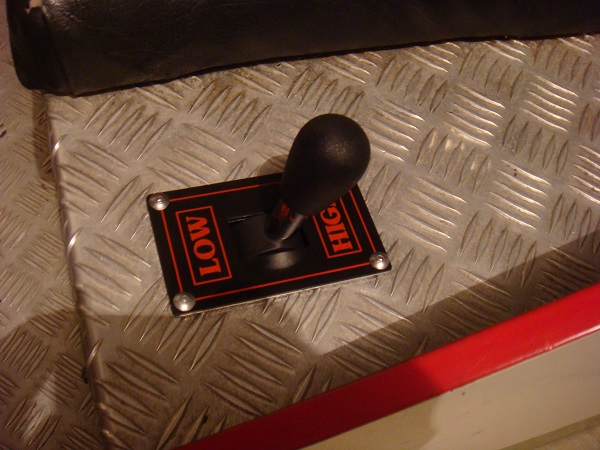 The steel around the shifter needs a really good clean and I will get to that soon enough. For now though, the shifter will stand out 🙂

A few weeks back I ordered an original PP2 enhancement manual from the states, which finally arrived. I plan to grab a copy of the operators manual too. I could have gone onto KLOV and just printed them up, but I was keen to get an original copy – stains and all! Plus it came with the test sheet to sit inside the rear door! (and a special mail in offer to receive free artwork! wonder if I can still claim it ;)) 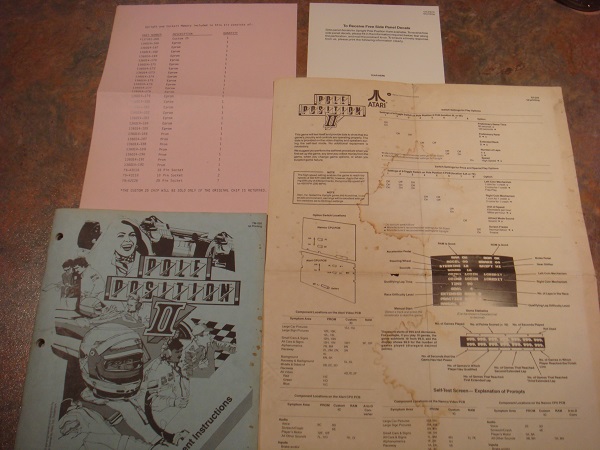 I decided to run the self test mode tonight also for the first time. There were two issues that cropped up. Thankfully all the RAM/ROM checks passed. But the break pedal appears not to work – which is disappointing since it was advertised as 100% working. I didn’t think to check this out when picking it up. The steering wheel also seems to have some slight movement on it (the numbers were flickering between 00 and 01. Ill have to look into these issues closer another time.