This has been a very busy week working on the cab. Firstly, my new monitor arrived Many, many thanks to a friend on Aussie Arcade for his assistance in getting it to my door!

I was not going to continue the quest with sorting out the jumping on the VGA monitor. The solution set me back around $240 for the monitor and chassis (with postage) but it puts an end to the problem and I can get the cab complete Plus it means I can play Wonderboy (and now Bubble Bobble too) with an awesome display Since the monitor had arrived, I organised a mate to lend a hand with it’s installation the following saturday (and any issues that were to be encountered).

So first up was to pull the VGA monitor and frame out, and put in a new one. I spent the first night building a new frame. It was done the same way as the first – a flat panel, with a huge hole cut in the middle. I added some raised parts for the actual monitor frame to attach to. Primed and painted with a few coats (over the rest of the week). 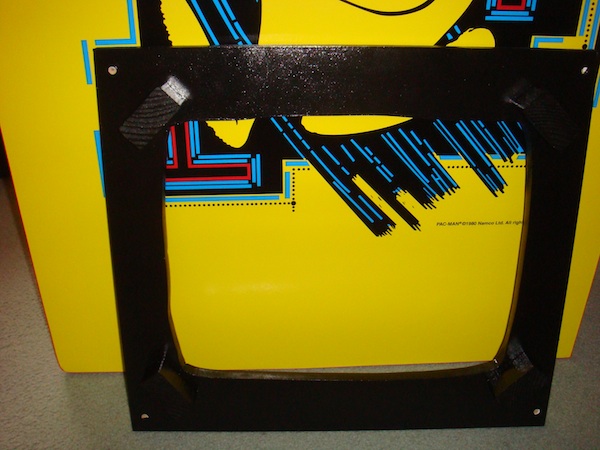 I wanted to have more room to attach all the wiring, so created two additional (smaller) floor panels that I could use to group and screw the wires down onto. Once cut, both were given two coats of white paint to match the rest of the cab internally. I’ve tried to keep things as organised and separated as possible. There is still a little more work to do, but it’s mostly there now. (Since the photo was taken, the monitor has been wired up). I also built (and painted) a second side panel (for the left side) where the monitor board would be attached. 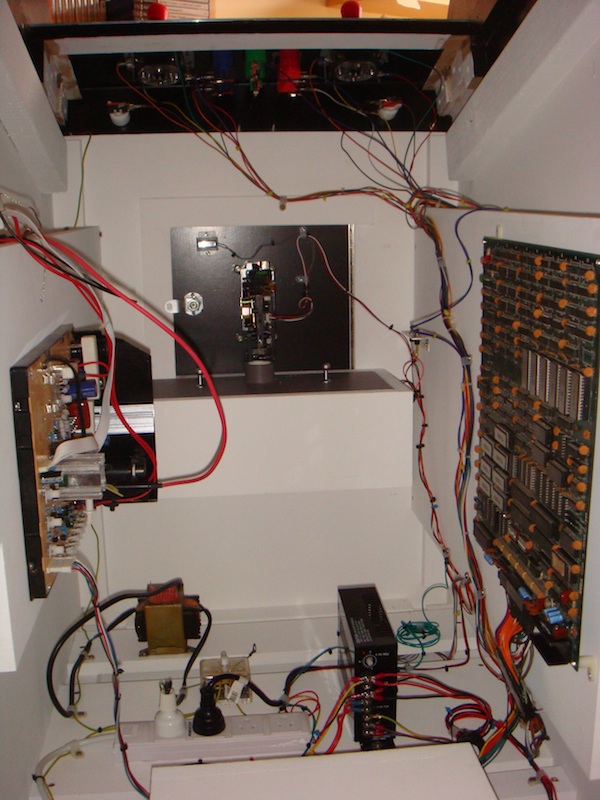 With the wiring almost complete, I installed the monitor and the frame.

I managed to get everything ready for my mates visit about an hour before he showed. After going over what had been done, andy had a look over the monitor wiring and set to work. After a few set backs with the 110V stepdown and the display backwards, it was running.

It might not be clear in the picture, but the colours are not correct – I’m told a degaussing wand here will fix it up.

So anyway – 4 hours later, the game is still running fine with no jumping.

So from here, all the remains is:

Meanwhile, I can at least play Wonderboy 😀