It’s been awhile since the last update. After much testing and diagnosing around the video issues, it does looks like it’s the monitor at fault. I won’t rehash much since there is a thread posted on AussieArcade with a lot of detail, but I will say it’s almost certain to be the monitor(s). There is a CGA monitor + chassis + stepdown converter in the mail now, and will hopefully arrive next week. The thread can be found here

I decided to install marquee artwork today. I had been holding off doing it since I have not yet re-installed the JAMMA harness (I have kept it out for when andykmv comes to visit). Then I figured I could just make up some extension wires for the speaker and run them down the back of the cab. That way, I could connect / disconnect the JAMMA harness without having to take the marquee apart. The extension wires looks a little like this (although white): 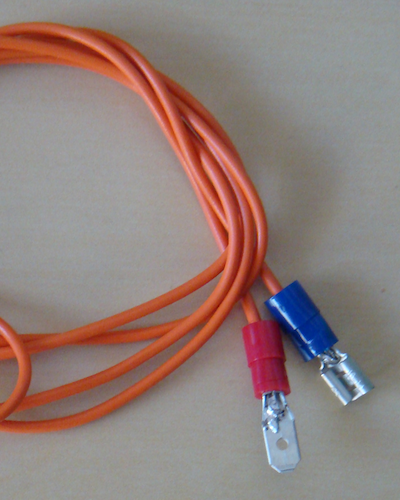 With two of those added to the speaker, I sized up the artwork, lined up the metal frames, drilled a few holes and then screwed it into place. Sitting inside the marquee are two 30cm LED strips which should hopefully provide enough light. 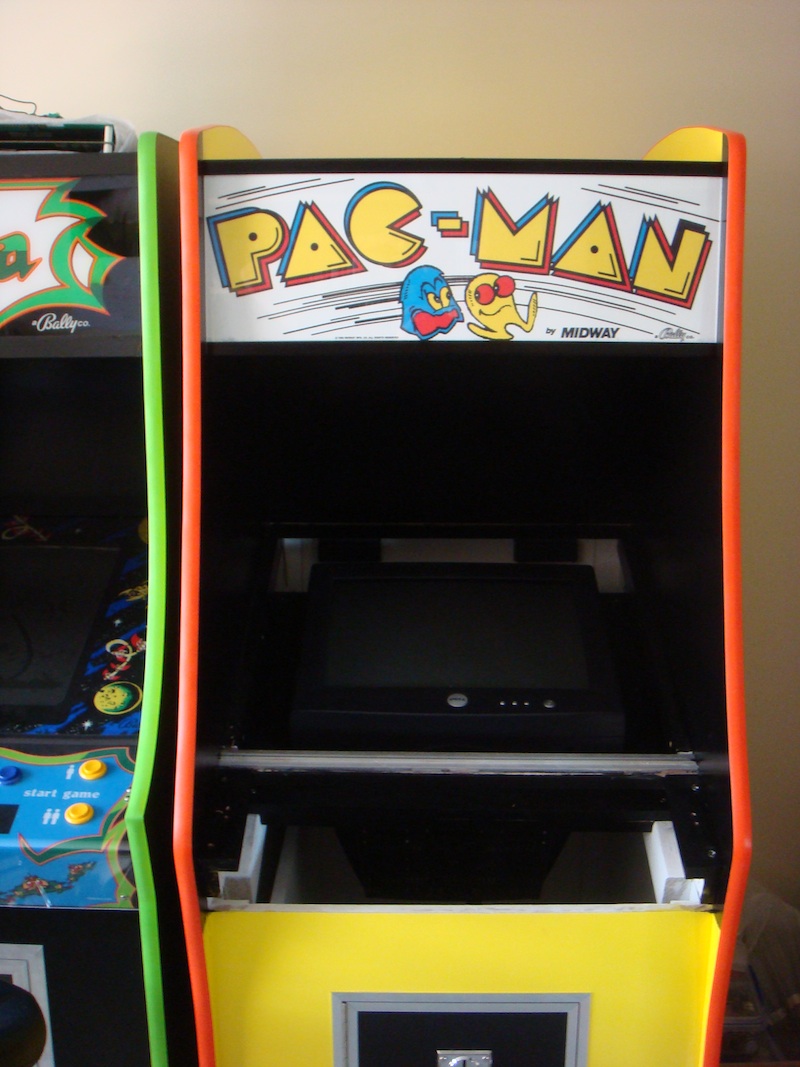 The artwork came from Websy at PrintForYou, and the metal marquee frames were purchased from Mikes arcade.