After finishing up my first Arcade cabinet recently, I decided I was not even going to bother starting a new project until I could acquire a Wonderboy PCB. An official SEGA one at that. The next cab I build will be to play this. I decided to put some feelers out there for one. They don’t appear to be all that common, and are currently going for around $230AU when they do.

Luck (or maybe fate) intervened, and with the help of a fellow member on the Aussie Arcade forums, I now have in my possession, an official SEGA Wonderboy board from 1985. 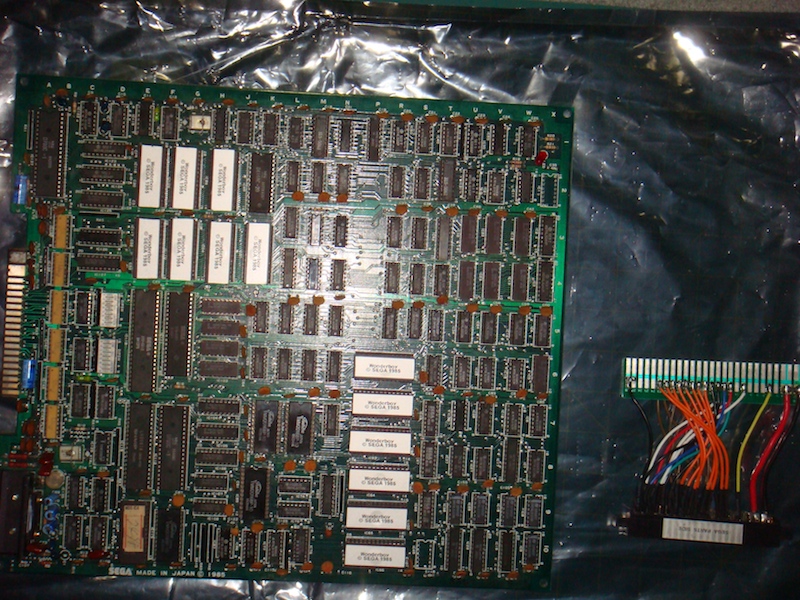 Because it’s pre JAMMA, it comes with an adapter. As with my last cabinet, it will utilise a JAMMA harness as I would also like to put in a 19 in 1 horizontal games board at some point.

So, the second cabinet is now under way. Slowly. Lack of funds is going to make progress on this cabinet slower than the last, but I still have some planning to do on the exact shape. I’m thinking of using the same Midway shape as my Galaga cab, but using different artwork. Perhaps Galaxian, or maybe even Pac Man. Time will tell.