Now that the two playfield halves were stripped of parts, I wanted to take a note of the initial issues I was facing with the restoration. I expect more issues will come to light as I progress, but wanted to document the starting point to help gauge how the restoration progresses. This update will look at the lower playfield area.

The mylar was lifting in a number of places on the lower playfield, most notably around the inserts. There is also a darkening / fading of the artwork not covered by the mylar. 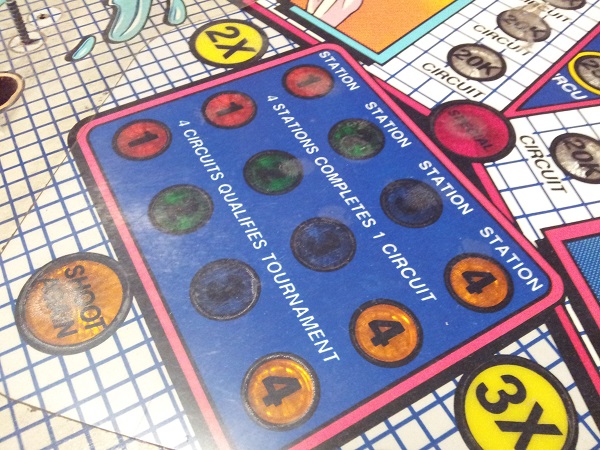 The mylar was also lifting in a few other places and really needed to be removed. 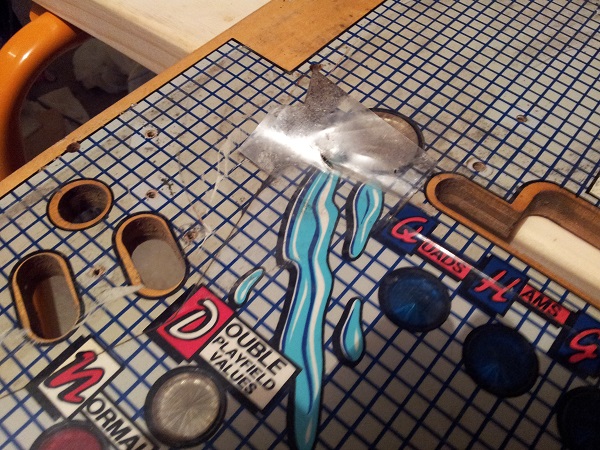 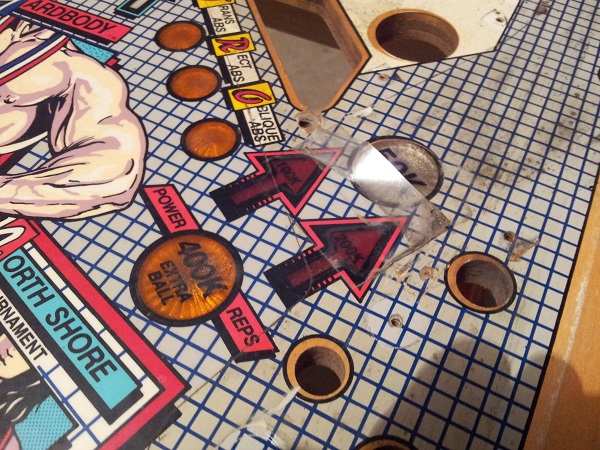 There were also a few deep scratches. I suspect these are the result of how the playfield has been stored/transported over the years. 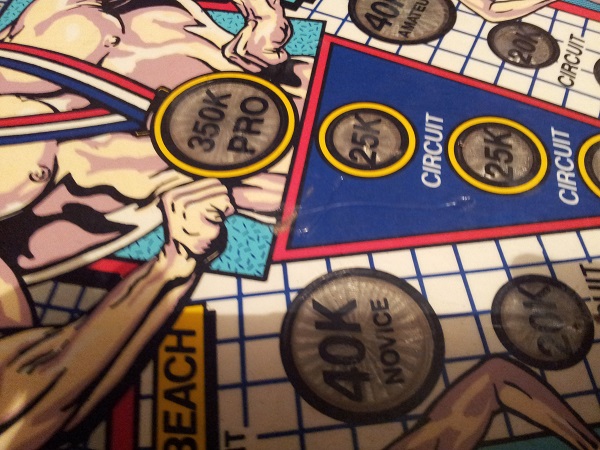 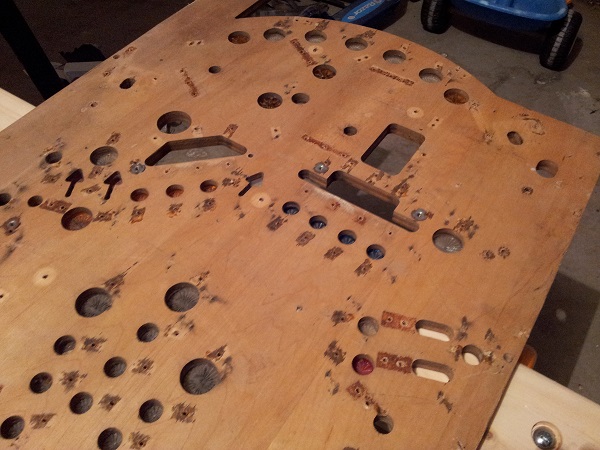 Lots of dirt on the artwork side of the playfield too.

The dirt was quite firmly attached to the playfield so after a gentle wipedown, got the Novus 2 out. The novus made light work of the dirt and the bottom area came up looking much better after a few minutes of work. 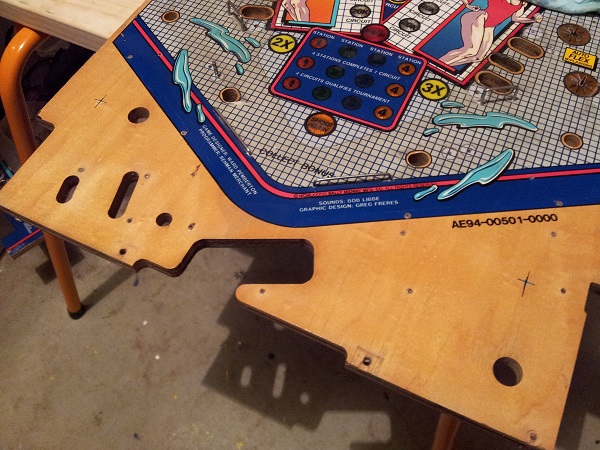 I was keen to keep cleaning the playfield, but was more interested in moving onto the smaller section to deal with it’s problems first. I expect a few more issues will arise as I remove the mylar, but I’m going to set the lower playfield aside for now and move onto the small upper section. More on that shortly.